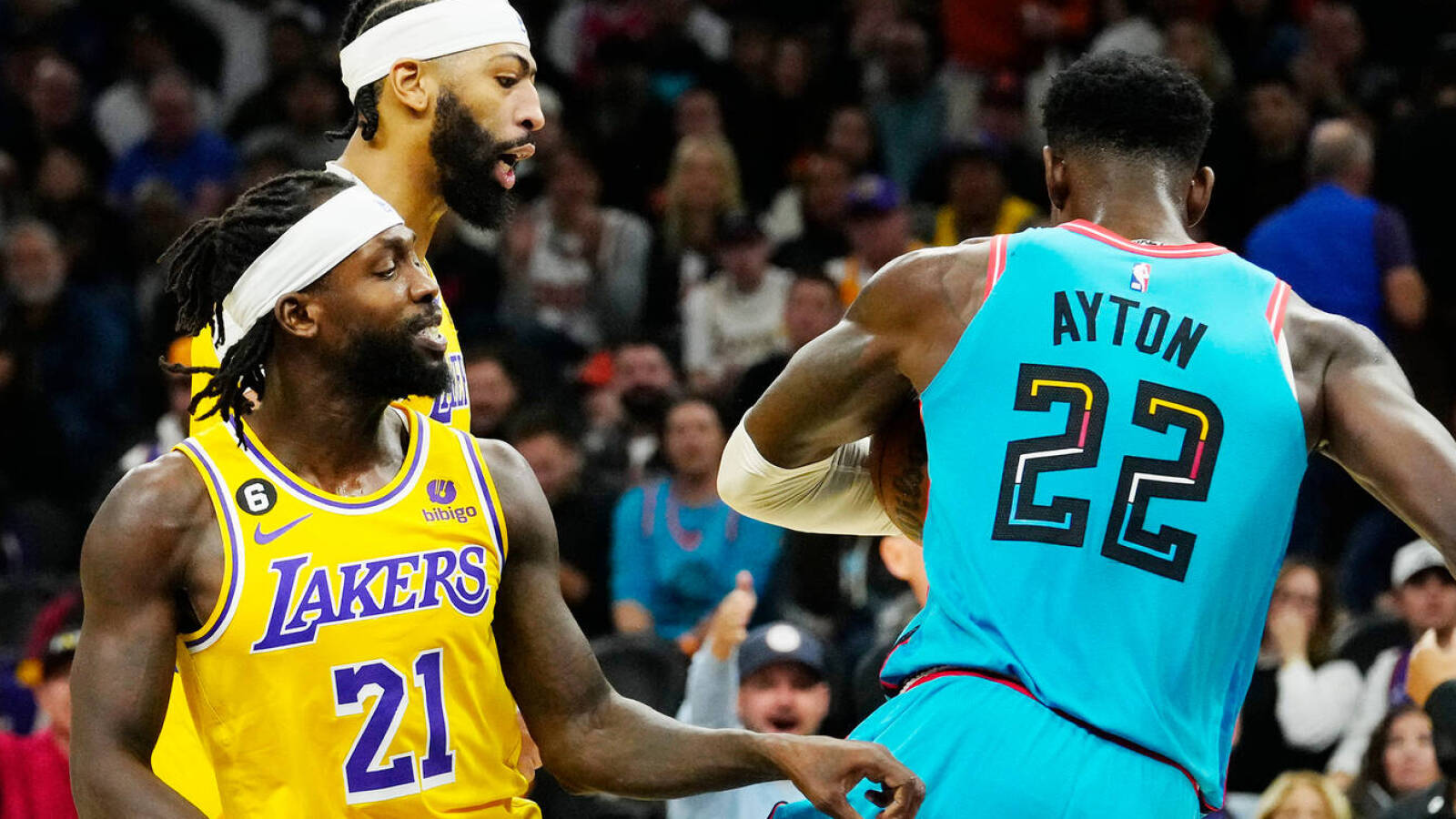 Speaking this week on his podcast for Barstool Sports, the Los Angeles Lakers guard Beverley offered a vulgar message for Phoenix Suns center Deandre Ayton. Beverley just completed the three-game suspension he received from the NBA for shoving Ayton in the back during the Lakers-Suns game on Nov. 22 (video here).

“F— that,” he said of Ayton. “F— him. We not going for that s—. Ask people who’s played with me. Ask superstars that played with me. There’s a reason guys want me on their team after they heard about the trade this summer.

“Very unfortunate situation, you know,” Beverley added about getting suspended. “If I could play it back again, I would do the exact same thing.”

Beverley, who also claimed on the podcast that Ayton did not shake his hand before the game, got angered with Ayton for standing over Lakers swingman Austin Reaves after a fourth-quarter foul. The former All-Defensive Teamer Beverley responded by charging at Ayton and knocking him to the ground from behind.

Many, including Beverley himself, defended the shove as a good teammate-standing-up-for-teammate move. While there may be some objective truth to that stance, Beverley likely does not deserve the benefit of the doubt here since he has also pushed opponents in the back out of sheer rage before.