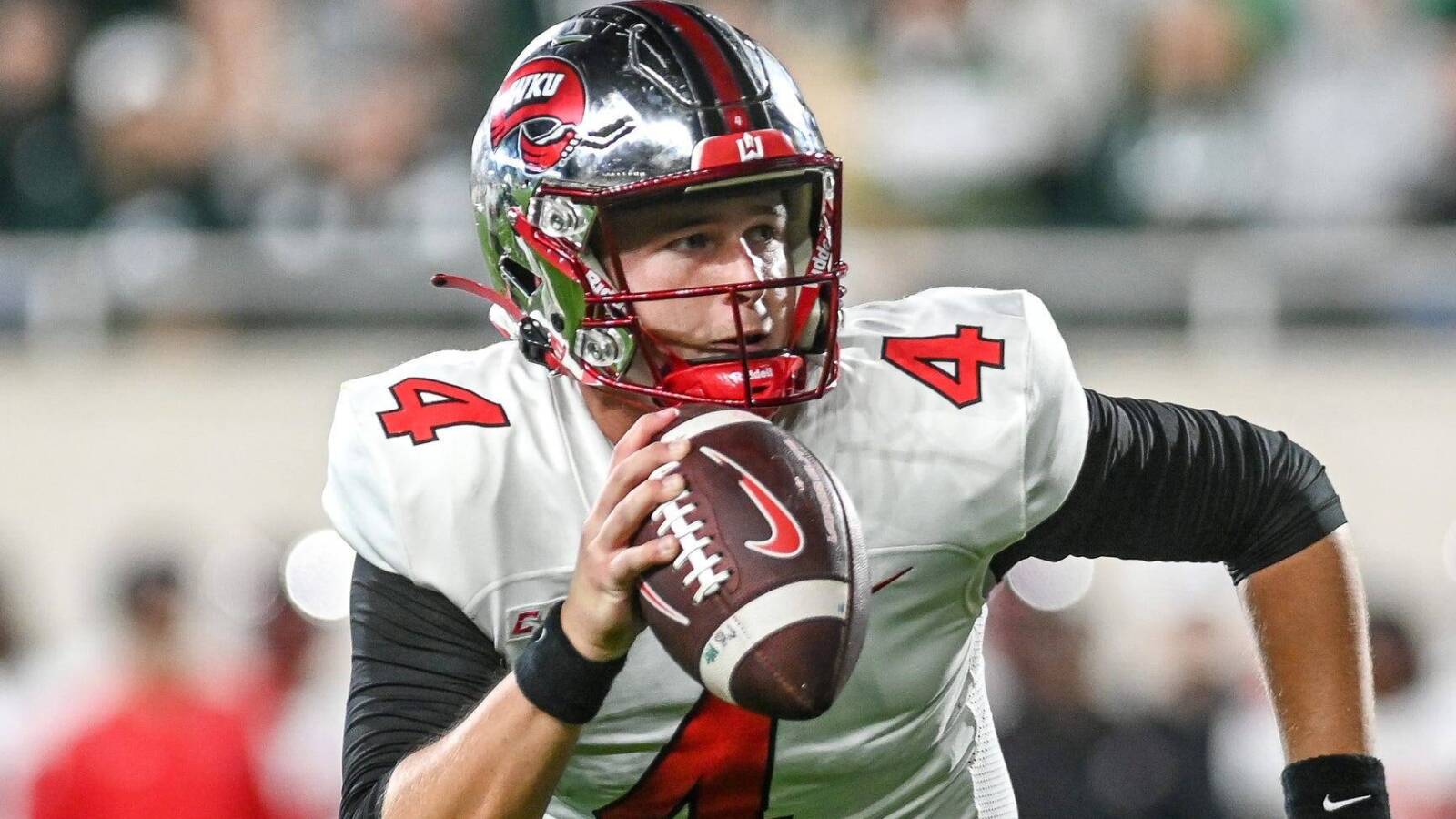 The New England Patriots drafted their quarterback of the future in 2021 when they took Mac Jones in the first round, but the team added another passer to the roster Saturday by taking Bailey Zappe in the fourth round of the 2022 NFL Draft.

Zappe, 23, spent the majority of his collegiate career at Houston Baptist before transferring to Western Kentucky in 2021. In his only season at the FBS level, Zappe set the single-season records for passing yards (5,967) and passing touchdowns (62).

His prolific season ended with a 59-38 win at the Boca Raton Bowl where Zappe threw for 422 yards and six touchdowns against Appalachian State.

Jones is assured the starting role for the foreseeable future in New England after earning Pro Bowl honors as a rookie with 22 touchdowns and 13 interceptions. Zappe will join longtime veteran Brian Hoyer and 2019 fourth-round pick Jarrett Stidham in the battle for the second spot on the depth chart.

Zappe was the fifth quarterback selected in the 2022 NFL Draft behind Kenny Pickett, Desmond Ridder, Malik Willis, and Matt Corral. Many expected North Carolina quarterback Sam Howell to be the first passer off the board during the third day of the draft.