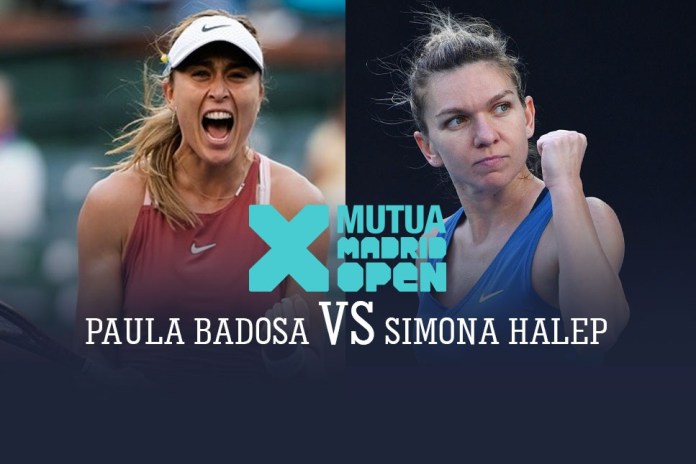 Madrid Open LIVE: Second seed Paula Badosa will be up against former World No.1 Simona Halep in the second round of the Madrid Open on Saturday (30th April). Badosa enters the contest after sailing past Veronika Kudermetova in straight games in the first round, while two-time Madrid Open champion Halep defeated Zhang Shuai 6-2, 6-3. Follow InsideSport.IN for more updates.

A convincing start! 🇪🇸 @paulabadosa begins her assault on the Caja Mágica with a very solid performance.#MMOPEN pic.twitter.com/bxgzwH75Hl

Badosa vs Halep Head-to-Head: This will be the first meeting between both the players. Based on her current form, Badosa can be termed as the favourite but the experienced Halep cannot be taken lightly and she is expected to give a tough fight to the World No.2.

Badosa too knows the kind of challenge Halep would bring to the table. Speaking about Halep on the eve of the contest she said, “Of course, she’s a great champion. So maybe I’ m the favourite or no, I will try to give my best because for sure she will push me to the limits.”

“It’s going to be very tough, She won this tournament. She’s played center court, she played so many times, so she knows this court well. But I think it’s going to be an interesting match and I’m really looking forward to that,” she added.

How to watch Badosa vs Halep LIVE streaming?

Tennis TV will live stream the Madrid Open 2022. It is also likely to be available on the ATP Tour official website and Dicovery+