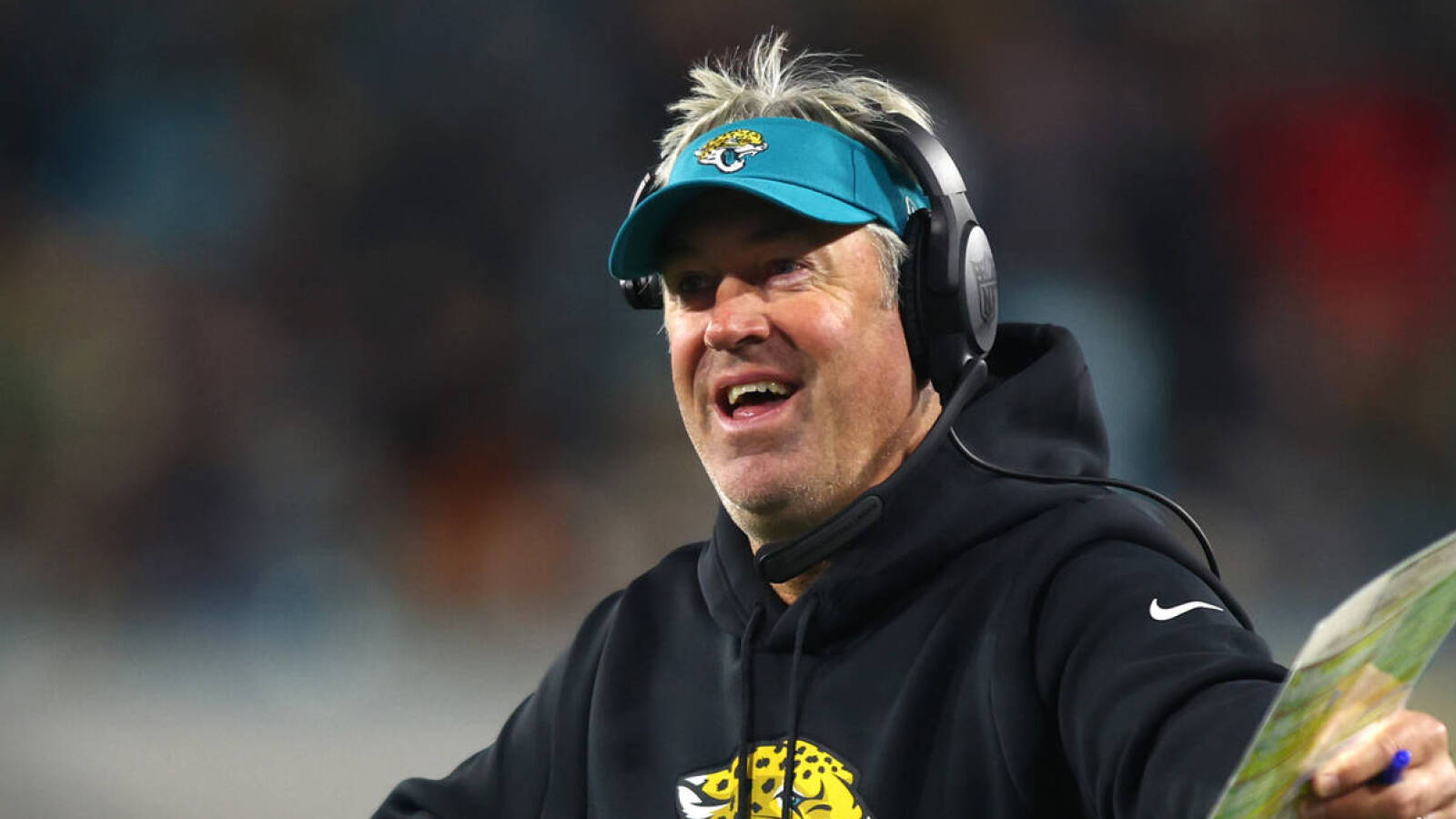 Doug Pederson has received praise for turning around the Jacksonville Jaguars this season.

On Saturday night, he proved in a huge way just how valuable he is as a head coach as his team came back from down 27-0 in the playoffs to win 31-30.

The Jaguars fell behind 27-0 in their AFC Wild Card Playoff game against the Los Angeles Chargers at TIAA Bank Field in Jacksonville.

Trevor Lawrence showed his youth and was intercepted four times in the first half. But he regrouped with a touchdown pass before halftime to help give his team positive energy going into the second half.

Pederson remained steadfast through it all, not getting down and encouraging his team to keep chipping away at the margin. The Jags did just that.

Not only did Pederson’s level-headed approach help the Jags maintain their composure, but he also made some great calls.

When his team was down 27-0 in the second quarter and faced with a fourth-and-2 at their 36, Pederson punted.

He could have panicked and gone for it, which would have put his team in an unbearable spot had they not converted.

Instead, he recognized they could still come back from down 27-0 even after punting. He knew he didn’t need to gamble there, and his calculation proved to be correct.

Then in the fourth quarter, Pederson made a couple of other great calls.

After the Jaguars scored on a touchdown pass from Lawrence to Christian Kirk with 5:25 left to make it 30-26, Pederson played a penalty very smartly, opting to take a shot.

Rather than kick an extra point to set up a potential tie and overtime game, Pederson accepted a penalty call on Joey Bosa that moved the potential 2-point conversion attempt to the one-yard line.

He knew that from the one, Lawrence could easily reach the ball over the goal line for the points. That was a great decision to go for it, and a great play call to match that made it 30-28.

Then when the Jags had a 4th-and-1 at the Chargers 41 with 1:28 left, Pederson didn’t like the look for his offense and called a timeout. Not only was the timeout smart, but then Pederson called a different play that worked perfectly.

The Jags stacked three backs in the backfield, which made it seem like they would use them to help push Lawrence on a quarterback sneak. Instead, they handed the ball to Travis Etienne, who raced to the outside for a big gain to set up the winning field goal.

Watching this game was a great reminder why the Eagles won the Super Bowl. It also makes you wonder why the heck nobody else hired Pederson sooner.