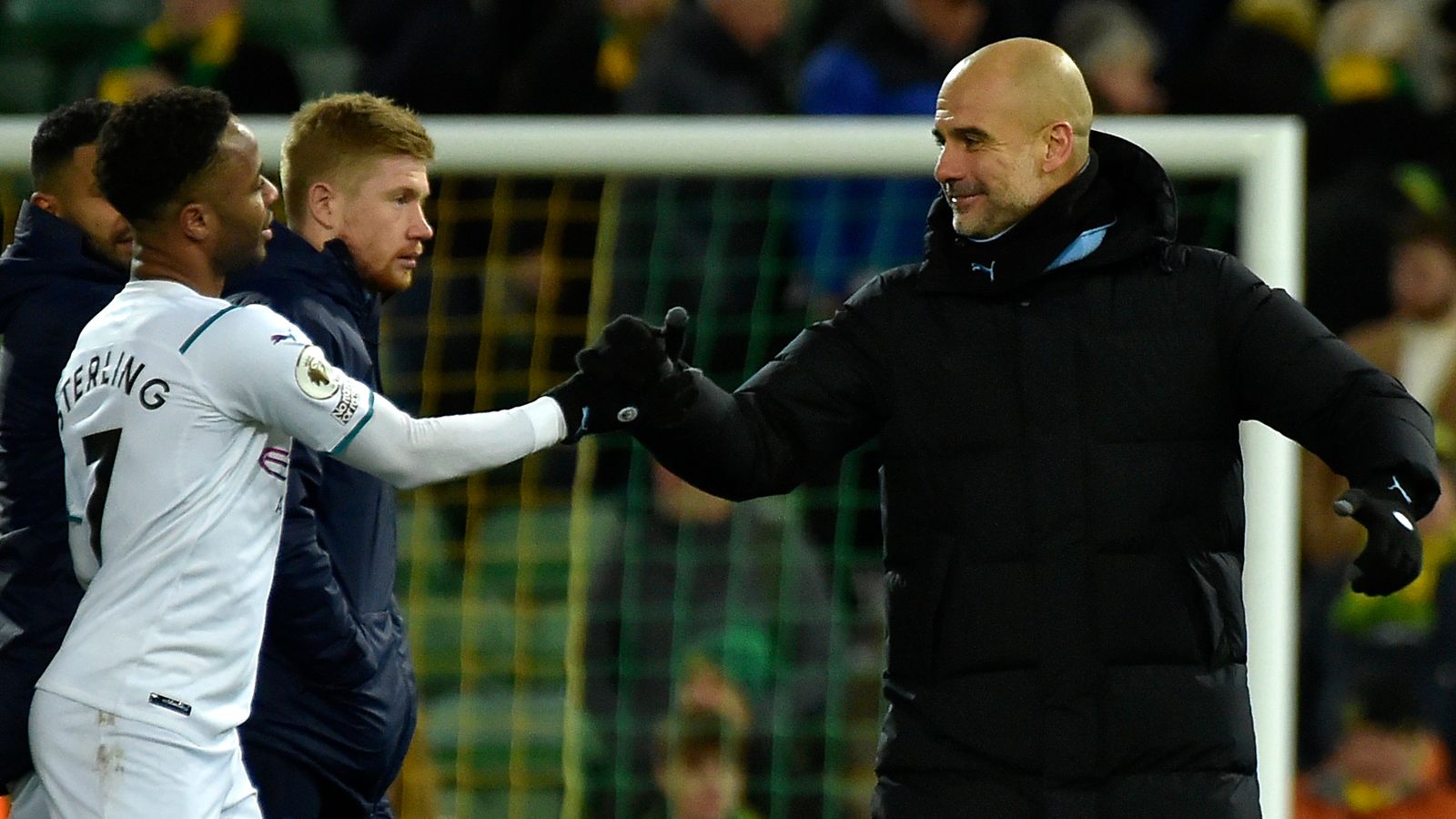 Pep Guardiola “wants more” from Manchester City winger Riyad Mahrez, calling him “a little bit weak” in his work when competing for duels.

Mahrez ended a run of seven straight games of scoring against Norwich on Saturday, but his side ran out convincing 4-0 winners with Raheem Sterling ending his run of five games without a goal by netting a hat-trick.

Mahrez, who was on the fringes of the game at Carrow Road, is out on his own as the club’s top scorer this season with 16 in all competitions, but his manager Guardiola feels the 30-year-old can do more.

“He is an exceptional player but I want more,” Guardiola told Sky Sports. 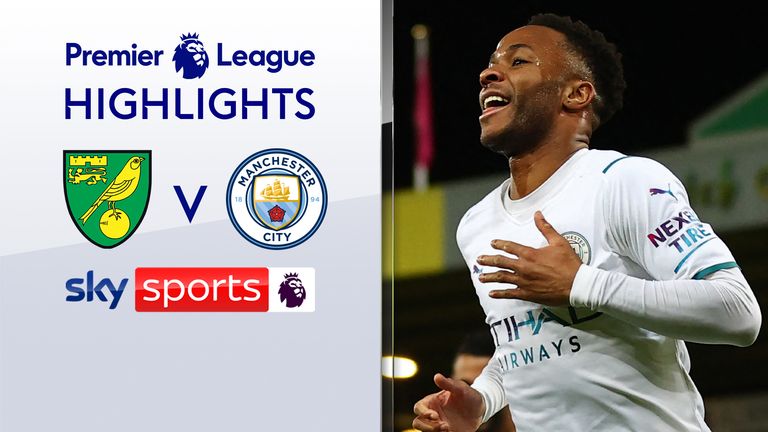 FREE TO WATCH: Highlights from Manchester City’s win at Norwich in the Premier League

“He’s clever, he’s a goalscorer. But sometimes I want more. Sometimes he’s a little bit weak in the duels. We’ve known each other a long time and he knows the intentions we say to him is in a positive way.”

Sterling stole the limelight in the 4-0 victory, scoring a perfect hat-trick. His treble takes his tally to eight goals in his last eight appearances against Norwich and he now has 10 goals in total in the Premier League this season. In total, he has now scored 115 goals under Guardiola at City – only Sergio Aguero and Lionel Messi have scored more for the manager.

“The second one was there and you realise after the goal how confident he is, aggressive. In the last game he made an excellent action against Brentford to win the penalty. He is a guy that always creates something.”

The City machine are now unbeaten in their last 15 Premier League games, winning 14 of those as they power towards retaining their title. The win over Norwich took them back 12 points clear of Liverpool, who play on Sunday at Burnley.

“We did a really good performance overall,” Guardiola said.

“We arrived here against a team in their best moment of the season who are confident that’s why it’s an important result. How we behaved today is Manchester City. The team is alive, that is the most important thing. We know the rival we have. Liverpool aren’t going to drop many points due to the quality and depth of their squad. It’s the best squad they’ve had in the last decade. And we will have to win a lot of games.

“This is an important step – we did our job.”