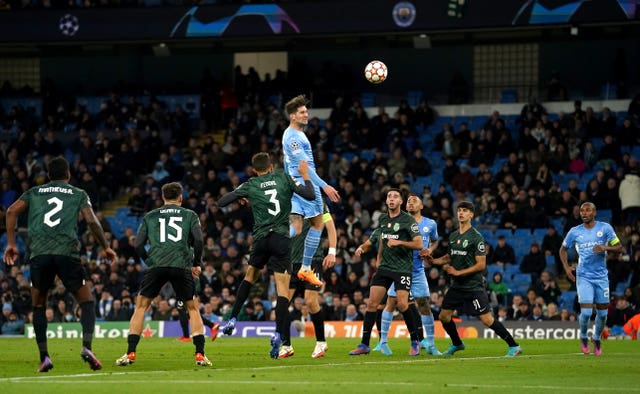 The Premier League leaders had all but secured progress with their 5-0 thrashing of Sporting Lisbon in the first leg of their last-16 tie last month but they still needed to finalise the matter in the return.

They did that with little alarm as they played out a routine goalless draw without truly exerting themselves against a side already resigned to elimination.

City boss Guardiola said: “I am very pleased because in both games we deserved to be in the Champions League quarter-finals.

“The first half was much better than the second. We were aggressive, we created chances and we were there.”

With open draws from now onwards, City could face another English team.

City were beaten by Chelsea in last year’s final and have also been knocked out by Liverpool and Tottenham in recent seasons.

Asked if that could bring more pressure, Guardiola said in his post-match press conference: “I would say no. It is difficult for us but for them too.

“It is an honour to be there, some important teams are already out. We will see next week what happens.”

Such was City’s control of proceedings that Scott Carson, the veteran former England goalkeeper, was sent on the closing stages.

It was only the 36-year-old’s second City appearance and his first in the Champions League since his spell at Liverpool in 2005.

He was soon into the action and made a good save to deny Paulinho on a rare Sporting attack.

“He is very important for us. Behind the scenes the chemistry is fundamental in the locker room and the people listen to him a lot when he talks. And he made the biggest save to not lose the game.”

Sporting coach Ruben Amorim felt holding City to a draw was an impressive effort from his side.

“We played a hard game,” he said. “In the second half we improved and I’m satisfied enough. It’s always positive not to lose away to a powerful opponent like this.”