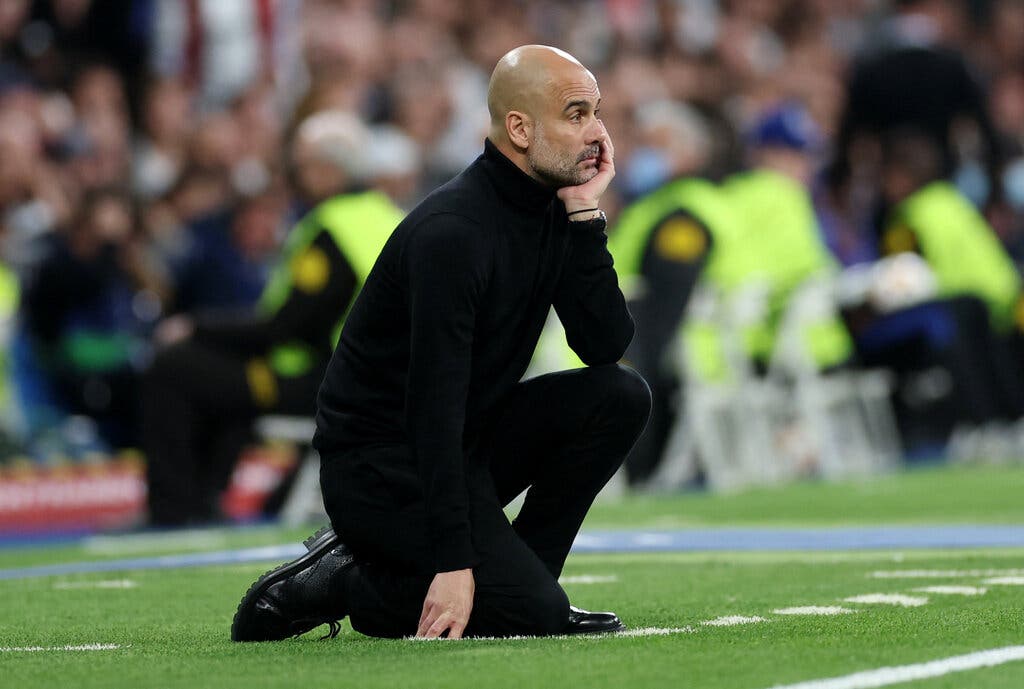 Man City failed to sign Harry Kane last summer but this year it looks like they have got their man.

Pep Guardiola’s side are on the verge of completing a deal for Erling Haaland from Borussia Dortmund. The Norwegian has been in high demand for a number of seasons with clubs all over Europe lining up for his signature, with the Premier League side winning out in the end.

With the Citizens adding Haaland to their ranks, there is a belief among football fans and media that City will be unstoppable given the level they have played at this season without a recognised striker in their ranks. However, they have still managed 89 goals in the league alone.

Haaland’s signing may signal a return to the days where City could rely on a striker to find the back of the net 20 times in the league but there’s no guarantee he settles in England and his signing shouldn’t end Liverpool’s chances of domestic silverware next season or beyond.

Liverpool are reportedly ‘on the verge’ of striking a deal for Aberdeen right-back Calvin Ramsay, in a deal that could rise to £6million with add-ons included.

The report adds that the Scottish Premiership side are ‘resigned’ to losing their young star, who is also being chased by Leeds United and several other sides in England and in Italy. Leeds United made an attempt to sign the Scot during the January transfer window, though were unsuccessful in their efforts.

Ramsay would offer a possible rotation option for Trent Alexander-Arnold and could spell the end of Neco Williams’ time at the club, despite making a positive impression while on loan at Fulham.

A few days before last summer’s transfer window drew to a close, a handful of Manchester City’s most senior executives gathered in a conference room at the club’s sprawling campus to pick through what had gone right, and what had gone wrong, over the previous couple of months.

Though City, the Premier League champion, had succeeded in persuading Aston Villa to relinquish Jack Grealish, the impish playmaker who had emerged as England’s breakout star during the European Championship — making him the most expensive player in English history in the process — it had failed to land its other priority target, the Tottenham striker Harry Kane.

What had always been a complex, fraught pursuit had descended, instead, into a squabble over who was to blame. Kane had, at one point, refused to train with Tottenham, the club he supported as a child, in the hope of forcing Spurs’ hand, but his act of brinkmanship failed. Tottenham claimed City had failed to present an offer that might act as a starting point for negotiation.

That afternoon, City’s executives reflected on their strategy, contemplated why a deal had not materialized and considered how they would proceed. As the meeting wound up and his colleagues stood to leave, Khaldoon al-Mubarak, the club’s chairman, made one final remark. It amounted to only two words, an ambition and an instruction. “Erling Haaland,” he said.

A little more than nine months later, that objective has been achieved. On Tuesday afternoon, City confirmed it had reached an “agreement in principle” with Haaland’s current club, the German side Borussia Dortmund, to acquire the striker, one of the two most coveted forwards in world soccer this summer — the scorer of 85 goals in 88 games for Dortmund, and regarded alongside Kylian Mbappé as one of the twin standard-bearers for soccer’s first post-Messi, post-Ronaldo generation.

In reality, of course, it had not taken nine months to strike any sort of agreement with Dortmund. Haaland’s contract contained a buyout clause, somewhere in the region of $75 million, that gave Dortmund little to no say over where he might play next season. All City, all anyone, had to do was to inform Dortmund of an intention to pay it. Haaland’s employer was in no position to haggle.

Far more convoluted was the process of persuading Haaland that City was the correct next step in his meticulously planned career. Haaland, 21, might have an emotional bond to the club: His father, Alfie, played for City at the turn of the century, and though his son has no memory of his time in Manchester, he told the Times in 2019 that he has some affection for all his former teams.

But, as City would have known, there has been precious little room for romance in Erling Haaland’s inexorable rise. Every stage of his journey has been mapped out with surgical — possibly cynical — precision by his twin sherpas: his longstanding representative, Mino Raiola, the divisive Dutch-Italian agent who died last month; and his father.

When Haaland left Norway as a teenager, he rejected the overtures of the English and German teams pursuing him in favor of Austria’s Red Bull Salzburg, home to both a reliable production line of talent for Europe’s major leagues and the prospect of matches in the Champions League. When he left Salzburg, it was not for England but for Dortmund, a club with a track record of developing and selling players and a willingness to set a reasonable buyout clause.

That meant, of course, that not only was Haaland recession-proof — $75 million is, by modern standards, pretty good value for a player who appears to have been designed and engineered to score as many goals as possible — but that, when the inevitable auction started, the bar would not be who could pay Dortmund the most, but who could put together the most attractive package for the player and his advisers.

To ensure the best possible outcome, Raiola and Alfie Haaland traveled around to Europe’s superclubs, stoking interest and fanning flames. There were visits to Real Madrid and Barcelona. There were eyelashes fluttered in the vague direction of Chelsea and Manchester United. There was even, for a time, a flirtation with Bayern Munich.

That, of course, was their job. It is exactly what Raiola, in particular, was paid to do. He did it with startling effectiveness: not only because current estimates suggest the deal, in total, will be worth somewhere north of $200 million, once Haaland’s salary and sundry fees to agents are taken into account, but because in the course of doing so he may have invented a whole new paradigm for how agents shape their players’ careers.

Received wisdom, in soccer, has always had it that players should — to be blunt — always take the money, the big break, as soon as they can. It takes only one injury, after all, to explode the finest-laid plans; one summer’s passion may be an afterthought by the next. Clubs are fickle, and everything has an expiration date.

Raiola overturned that for Haaland, preferring instead a policy of delayed gratification. He did not chase the eye-watering transfer fee — as he had done, perhaps, for another of his clients, Paul Pogba — but rather built his client’s appeal a little more slowly, gradually ensuring he was in a position not only to make the leap to one of Europe’s elite teams, but to do so in a way that favored the player (and his representatives) rather than the club that happened to own his contract at that point.

City’s offer is the reward. It is not a move without its caveats: Manager Pep Guardiola has worked with some of the finest strikers of the modern era, but not always successfully. He has spent six years painstakingly fine-tuning his system at City, only to have to refit it completely to suit Haaland. Sometimes, though, soccer is a startlingly simple game. A player who scores lots of goals joining a team that creates lots of chances should really have only one outcome.

Whether it is the final reward, though, is a different matter. At roughly the same time City was preparing its announcement, Mbappé was busy being pictured having lunch in Madrid. His contract at Paris St.-Germain expires in a few weeks and despite an impossibly large offer to stay, he seems set to move to Real Madrid this summer. The financing of that deal will, most likely, dwarf what City has offered Haaland.

This is the logical next step in the model that Raiola and the Haaland family has pioneered. It is a reflection of soccer’s financial reality. There is no price point at which City, or P.S.G., feel compelled to sell a player. That leaves only one option: running down a contract and stepping out on to the free market.

That is the challenge that awaits City, somewhere down the line. It has won out, this time, by convincing Haaland — its first true, plug-and-play superstar, someone who will be thought of but never referred to as a franchise player — this was his best next step. The question, for a player whose career has been planned out so coolly, so ruthlessly, is whether it is also his last one.