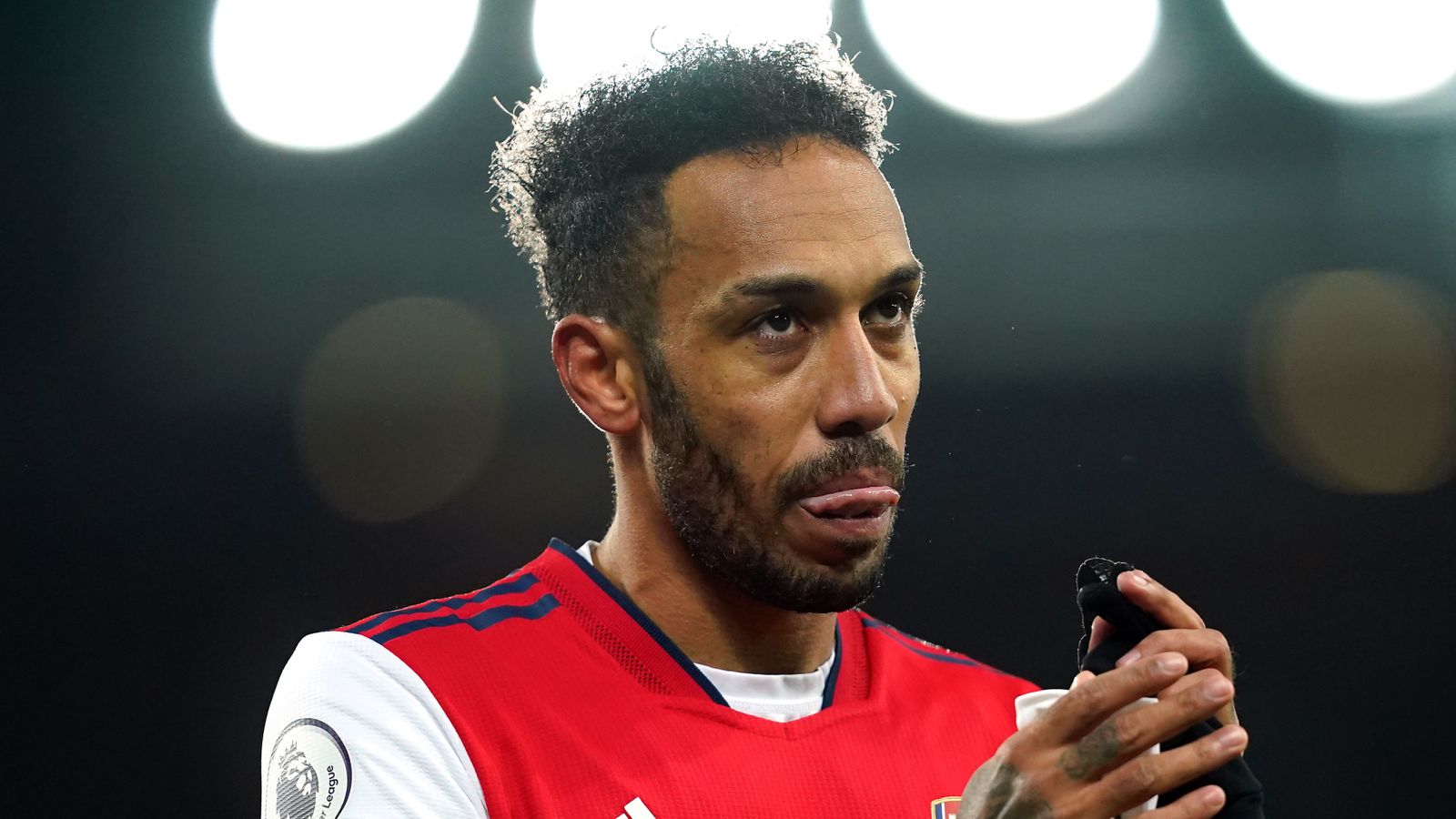 Aubameyang was left out of the squad for Saturday’s match against Southampton, and Arsenal confirmed their decision to remove the forward as captain on Tuesday.

The club also said Aubameyang will not be available for selection against West Ham on Wednesday.

“We expect all our players, particularly our captain, to work to the rules and standards we have all set and agreed,” the club said in a statement.

“We are fully focused on tomorrow’s match.”

Arsenal head coach Mikel Arteta said that the “painful” decision had been made to “defend the interests of the football club”.

The Spaniard confirmed that both he and senior club officials had held face-to-face conversations with Aubameyang to inform him of their decision.

“I think it’s a really clear statement from the club,” Arteta said during his pre-match press conference on Tuesday. “It’s a decision that we’ve made following the last incident that we had with the player and this is where we stand.

“When we have to make that decision, obviously it’s because that’s the right one to defend the interests of the football club.

“It’s been a lot to digest and a really difficult decision to make, so we need a bit of time.

“To make the decision that we made is because it was really hurting and it’s still like this and it needs a little bit of time to heal, so for now, again, he’s not involved in the squad.”

Arteta suggested that there would be no rush to appoint a permanent replacement for Aubameyang as captain, with members of the club’s ‘”leadership group” set to share the responsibility in the coming weeks.

Alexandre Lacazette, who took the armband for Saturday’s win over Southampton, and former club captain Granit Xhaka are both known members of the leadership group, whose other current members Arteta was unwilling to confirm.

“It’s a really unpleasant situation and it’s not the moment to make any rash decisions,” Arteta said.

“The leadership group is really strong. It’s one that communicates with myself, the coaching staff and with the club in a really strong way, and we’re going to continue like that.”

This is not going to be a problem for Aubameyang because he’s got an unbelievable contract at the club.

However, it’s a major problem for Arsenal. Who’s going to take him on those wages? Absolutely nobody in the whole wide world. And there’s his age too. If he was 27, they’d be queuing up around the corner for him, but not now at the age of 32.

This is not the first time this has happened with Aubameyang.

He turned up late for a meeting before and got left out of the side to face Tottenham. He’s the example. There are a lot of young players in that team who will look up to him.

I didn’t really get it in the first place if I’m being honest. But it does show you that he sets an example, and the youngsters look up to him. That’s why he was made captain.

If you are the manager, of course you’d be disappointed. He’s been made captain of Arsenal Football Club. It’s a big thing and not just a run-of-the-mill thing. And with all the promising young kids at the club, he needs to set the example.

Emery named Aubameyang as Arsenal’s new captain after taking the armband off Granit Xhaka and Arteta decided to stick with the striker after taking over as manager a few weeks later.

The decision seemed to pay off initially, with Aubameyang leading Arsenal to FA Cup glory in August 2020 and scoring his 28th and 29th goals of the season in the final, but his form dipped after he signed a new long-term contract a few weeks after that.

The 32-year-old scored only 15 goals last season, his lowest total since the 2010/11 campaign, and if his form was not enough of a worry, disciplinary issues began to arise too. Aubameyang kept hold of the armband after his indiscretion against Tottenham last season, but this has proved a breach too far.

The curse of the Arsenal captaincy continues.

Who next for Arsenal?

It is a bold decision by Mikel Arteta to strip Pierre-Emerick Aubameyang of the captaincy – particularly as there are few obvious candidates in the squad to assume the responsibility.

Granit Xhaka is a firm favourite of the Spaniard’s and widely regarded as a leader in the dressing room but it would hugely controversial to return the armband to a player who himself was stripped of it under Unai Emery prior to Aubameyang taking over.

If Xhaka’s rollercoaster relationship with the fanbase rules him out, then who else?

Arteta has repeatedly talked of the need for Arsenal’s senior players to lead by example but Alexandre Lacazette is out of contract at the end of the season, while Thomas Partey, although experienced, may be better off focusing on finding form.

Perhaps he will opt for Kieran Tierney, who he described as a “natural leader” and a potential future captain earlier this year, but is the left-back, still only 24, ready for the armband now having been in and out of the side this season?

Tierney has been at the club longer than others of around the same age, but another option for Arteta would be to give it to one of his summer signings. He has repeatedly talked up Aaron Ramsdale’s leadership qualities and he has been similarly complimentary about Ben White and Martin Odegaard. Gabriel Magalhaes, who arrived a year earlier, may be another option.

Failing that, he could mirror what his mentor Arsene Wenger did when he gave the captaincy to a 21-year-old Cesc Fabregas, and hand the armband to someone like Bukayo Saka. That, though, is very much an outside possibility.