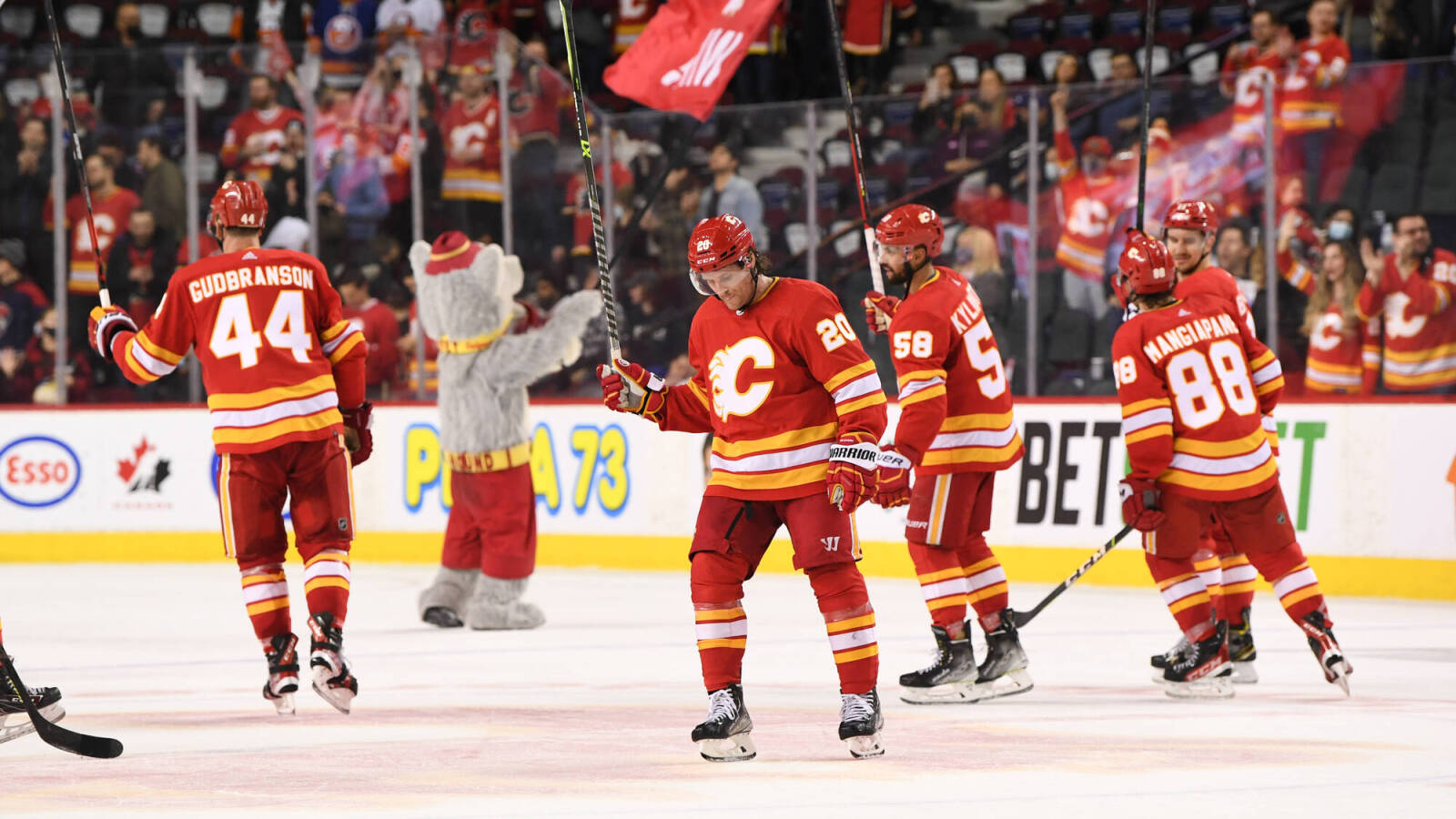 The Boston Bruins are out and the Calgary Flames are in. Let’s go over last week’s NHL action…

It’s been nearly two months since the Avs last lost in regulation. Last week, they hosted the back-to-back defending Stanley Cup Champions and pulled out a 3-2 win and then they picked up a commanding 4-0 win over the Dallas Stars.

The Panthers continue to roll along and score goals at an insane pace. They had a four-game winning streak snapped by the New York Rangers, but during that stretch, they outscored their opponents 22-to-12.

The Hurricanes have dropped three of their last four games, which is their worst stretch since losing three in a row back in late November. Carolina will play the Panthers next, a team they haven’t beaten yet this season.

The Wild had their six-game winning streak snapped by the Winnipeg Jets last week but they bounced back in their next game with a win over the Canes, a strong opponent.

The Lightning are on a bit of a cool spell, having lost two of their last four games. Those games came against contending teams, the Vegas Golden Knights and the unstoppable Avs, so we don’t have to look too far into it.

The Leafs are having a difficult time on the road. They got dropped by the red-hot Calgary Flames and then lost to the lowly Vancouver Canucks. They have a pair of big tests coming up this week as they’ll host the St. Louis Blues and Pittsburgh Penguins.

Might we have a new controversy brewing in The Centre of the Hockey Universe?

Those Pens are playing well again. After a four-game losing streak (albeit one in which they earned three loser points), the Pens have won three games in a row. They also only allowed four goals against during those three games.

A new team in the Elite Eight! And one from Canada?!?! The Flames have been on fire as of late, with six consecutive wins and eight wins in their last 10 games. Also worth noting, Calgary is suddently fourth in the league with a plus-44 goal differential and they boast the league’s second-highest expected goals for percentage.

The last time Calgary was rolling like this, it largely came down to excellent goaltending from Jacob Markstrom. Now? The team is getting goaltending and they’re scoring goals like mad…

The Bruins are the team that fell out of the Elite Eight in favor of the Flames.

Boston looked like a team that was about to go on a huge run and make a charge up the standings. They have the league’s best expected goals for percentage and won 10 of 12 games in early January, but they’ve cooled down since.

Their two most recent losses came against the Penguins and Hurricanes, a pair of high-quality Eastern Conference opponents. As good as the underlying numbers are, the Bruins need some results in order to be categorized with the league’s best.

The Oilers pulled the trigger and fired head coach Dave Tippett after back-to-back losses out of the All-Star break. Jay Woodcroft was called up from the AHL and the team won his first game as the head coach of an NHL team.

Edmonton ranks eighth in the Western Conference in terms of points percentage so there isn’t much room for error the rest of the way.