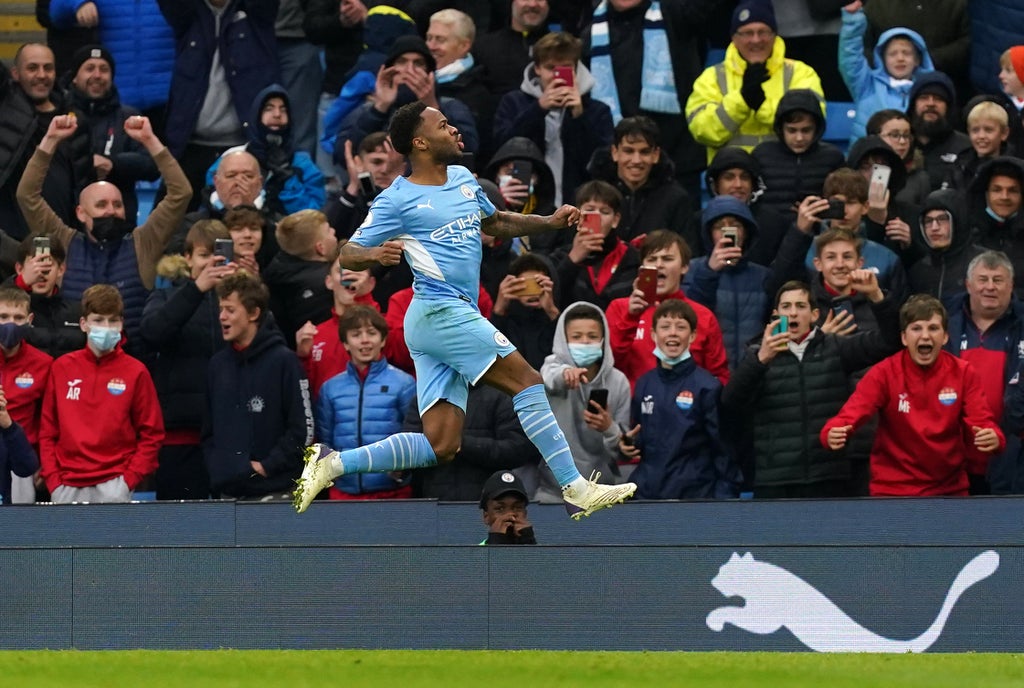 Sterling reached the milestone last weekend with a match-winning penalty in a 1-0 victory against Wolves at the Etihad Stadium.

He became the 32nd player to accomplish the feat and, aged 27 years and three days, he is the eighth-youngest inductee to the 100 club.

Of his century of goals, 82 have been scored since joining City in the summer of 2015 after the first 18 came during his time at Liverpool.

“This is something that as a kid I was obsessed with,” Sterling said in an interview with the club website.

“Everything else comes second to football. So when you reach accomplishments like this, it’s something I am proud of.

“It’s a great feeling. You see growing up players achieving these things so to be one of those players doing it now is something I am definitely proud of.

“You become obsessed with scoring goals. There was a stage where I wasn’t bothered. I wanted to do step-overs and go round people and do fun stuff – YouTube stuff – but that changed, that mindset changed.

“Scoring goals became something I wanted to take care with and get better at and I think I have done that. Every time the ball hits the net it is the sweetest thing ever.”

Manager Pep Guardiola has been cleared to take charge of his team at St James’ Park. The 50-year-old recorded an ‘inconclusive’ coronavirus test and cancelled his weekly media briefing on Friday but a subsequent PCR test returned negative so he will be on the touchline against the Magpies.