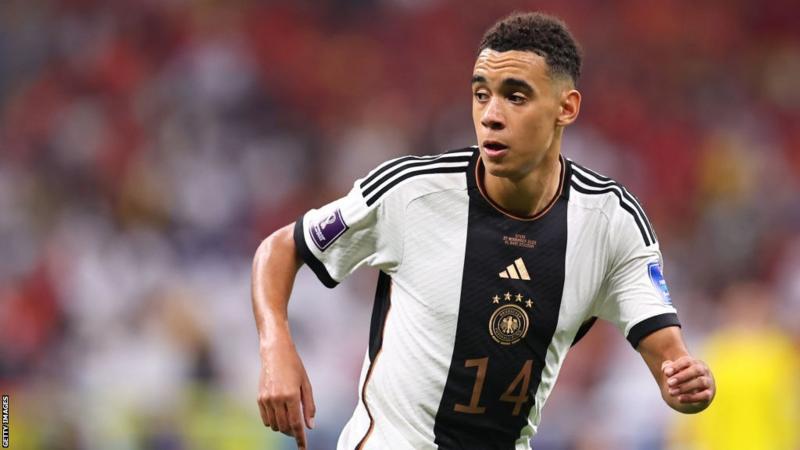 The 19-year-old played a key role in driving Hansi Flick’s men to a crucial point on Sunday as they fought for their World Cup future in a tense 1-1 draw with Spain.

And, while the performances of the four-time world champions in the tournament have been mixed to say the least, Musiala’s individual displays have again emphasised what an exciting talent he is.

The Bayern Munich attacking midfielder, who spent much of his childhood in England but opted to play for his country of birth, has been the shining light for Germany in Qatar.

But former Germany captain Lothar Matthaus says Musiala is key to their hopes now and in years to come.

“He can be the Messi of the future, he is excellent,” Matthaus, a World Cup winner in 1990, told BBC Sport. “I have loved him for the last two years, I love his style of football and I love his personality.

“He is 19 years old, he is doing the things that will make him a top footballer. He has great passing, he is clever with his thinking and he loves football.

“Musiala can be the next Messi because when Messi was 17/18 years old, I met him for the first time when he played against Hungary [the team I managed then] and he got sent off after 40 seconds.

“He came onto the field and tried to show he loves football, he has a passion for football, ‘I am happy to be here’, and this is [also] Musiala. I have been a big fan of him from two years ago when he first broke through.”

Now he is being tipped to make an even greater impact on the world stage.

Former Tottenham manager Mauricio Pochettino told BBC One: “For me, Jamal Musiala is one of the most talented young players.

“With Gavi, with Jude Bellingham, Pedri, he’s a massive talent. I think he’s going to grow during the World Cup. I think Germany can surprise.”

Ex-Germany manager and forward Jurgen Klinsmann added: “I think Musiala was the outstanding player for Germany at such a young age.

“He’s full of surprising elements, he’s not scared. He is a fantastic young player that grows through the Bayern system. It’s his first World Cup and he will only grow more and more.”

What next then for the Stuttgart-born youngster, who joined Bayern in 2019 aged 16 after coming through Chelsea’s academy and playing for England at youth levels?

His contract runs until 2026 at Bayern and German journalist Archie Rhind-Tutt believes he is priceless to the German giants.

“There’s been talk in the German press that he is just unsellable at Bayern to the point where even 400m euros would not be enough for Jamal Musiala.

“This is the way he is being talked about, he is the future of this club. There are so many things to his game that make him so good. Even when opponents try and cut him down like we have seen with Lionel Messi over the years, he doesn’t quit. He’s really quite something.”