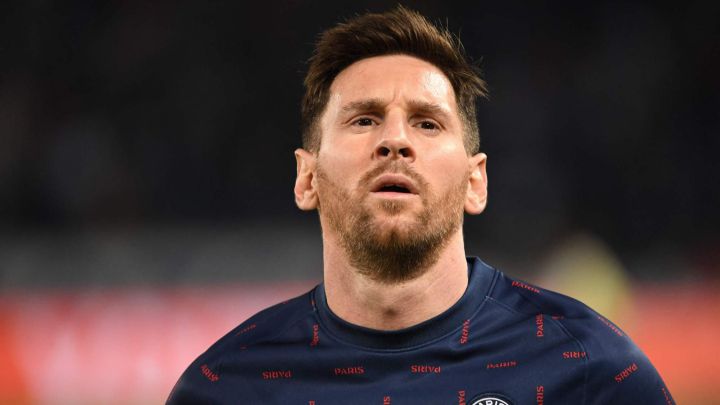 PSG have received a squad boost ahead of their first Champions League group stage match against Manchester City with the news that Leo Messi could be fit to face his old boss Pep Guardiola from the outset on Tuesday. The Argentina Captain has been unavailable for Mauricio Pochettino’s side for the last two Ligue 1 games against Metz and Montpellier but trained with the rest of his teammates on Sunday morning as he continues his recovery from a knee injury.

PSG are currently two points adrift of City in Group A after being held in the opening round of fixtures by Club Brugge and will be after a positive result against the Premier League champions at the Parc des Princes. According to RMC Sport, Messi will undergo further tests on his knee on Sunday following PSG’s morning session to determine his availability for Tuesday.

In more good news for PSG, Marco Verratti also joined training on Sunday at the club’s Camp des Loges facility. The influential Italy midfielder was injured on international duty during the last round of World Cup qualifiers and could also make Pochettino’s squad for the City game.

Paris Saint-Germain beat Montpellier HSC 2-0 on Saturday to keep their 100% winning start to the season going. However, once more, it was the absolute bare minimum by Mauricio Pochettino’s men — especially the big guns.

It was not Kylian Mbappe or Neymar doing the damage, but Idrissa Gueye with a stunning first-half strike from distance and Julian Draxler with a late second.

Neymar, Mbappe and Angel Di Maria were once again mute in attack as Lionel Messi sat out a second consecutive match with a knee injury.

A relatively rare clean sheet will have been of scant encouragement ahead of next week’s UEFA Champions League Group A clash with Manchester City (Paramount+).

Likewise, another late Pochettino substitution paying off when the main difference-makers were once again nonchalant and wasteful.

PSG will have to be much better at home to City on Tuesday and perhaps that is the sort of fixture that this group needs to finally catch fire.

An average of almost one goal per game will encourage Pep Guardiola’s men after they finally got the better of ex-PSG boss Thomas Tuchel over the weekend.

Messi and Marco Verratti’s expected return to Parisien ranks should also have a transformative impact on the team, but how fit will either one really be?

Once more, there are far more questions than answers for Pochettino as his main star men keep firing blanks with little to no on-field identity.

It might seem premature, especially given PSG’s positive domestic results, but this has the potential to be a make or break game for Pochettino as Group A will be decidedly harder to get out of if they lose further ground on City.

Now is the time for Neymar, Mbappe and Messi to finally get it together on the pitch to give European soccer the moment it has been waiting for since this summer’s transfer binge.

Manchester City could be forgiven for secretly wanting Lionel Messi to miss their Champions League clash with Paris Saint-Germain.

Messi, linked with a move to City over the last two years, moved to PSG on a free transfer over the summer after being blocked from extending his contract at Barcelona.

Given City’s links to Messi and also the Argentine’s history with Pep Guardiola, it felt inevitable that they would get drawn against PSG in the Champions League this season, and they are both paired together in Group A. City travel to Paris this week for the first meeting between the pair after the Blues recorded two wins in the semi-finals last year.

Over the summer, PSG have strengthened considerably, with Messi, Sergio Ramos, Gini Wijnaldum and Gianluigi Donnarruma all arriving on free transfers.

However, Messi is an injury doubt for the clash after missing the Ligue 1 win over Montpellier this weekend, and faces a race against time to be fit to face City.

Despite the prospect of Messi being absent and potentially giving the visitors an advantage, Ruben Dias says City would prefer Messi to play on Tuesday.

Dias said: “Messi is a phenomenal player and as a professional, you want to play against all those sorts of names.

“But whether it’s Messi, [Kylian] Mbappe, Neymar or [Mauro] Icardi, PSG have amazing strength in depth and no matter who it is we face, it’ll be a tough test. Everyone is looking forward to this game for exactly that reason.

“They (PSG) have obviously strengthened a lot all over the pitch. The signings they have made this season have been fantastic and it will be a different challenge to the team we faced last year.

“But they have also been one of the strongest teams in Europe for a number of years now.

“The likes of Ramos and Messi will add to their winning mentality, but when we played last season, they already had Neymar, Mbappe and [Angel] Di Maria.”