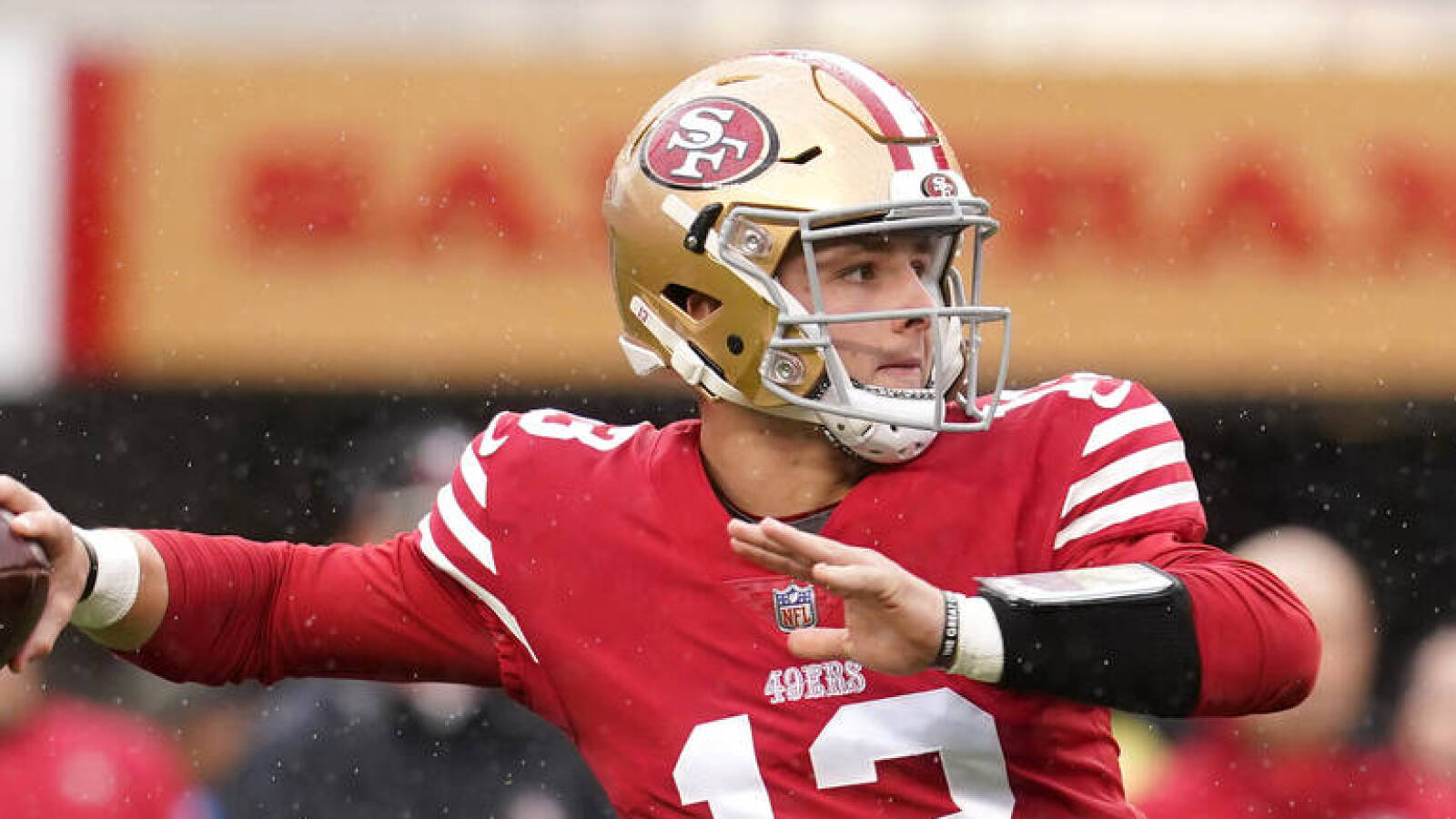 According to the NFL media and research department, on Saturday, Purdy became only the second rookie in the Super Bowl era to both throw for a touchdown and rush for one in a playoff game.

Purdy joins Denver Broncos quarterback Russell Wilson as the only other player to accomplish the feat, doing so in 2012 with the Seahawks.

Purdy capped off a five-play, 85-yard touchdown drive in the first quarter, hooking up with running back Christian McCaffrey from three yards out for his passing score.

Meanwhile, midway through the third quarter, Purdy orchestrated a 13-play, 75-yard scoring drive, ending with a one-yard quarterback sneak on the goal line.

Purdy finished 18-of-30 for 332 yards and three touchdowns through the air, adding four rushes for 16 yards and a score in the 49ers’ victory.

“Mr. Irrelevant” in last summer’s NFL Draft, selected No. 262 in the seventh round by the 49ers, Purdy now has a playoff victory under his belt.

Thrust into the starting role in Week 14 after Jimmy Garoppolo suffered a broken foot, Purdy closed out the season going undefeated as the Niners’ starter.

Purdy threw for 1,374 yards in those five starts, with 13 touchdowns and four interceptions, sporting a quarterback rating of 107.3.

Purdy and the 49ers advance to the NFC divisional round, where they’ll either face the Minnesota Vikings or the winner of Monday night’s wild-card finale pitting the Tampa Bay Buccaneers against the Dallas Cowboys.