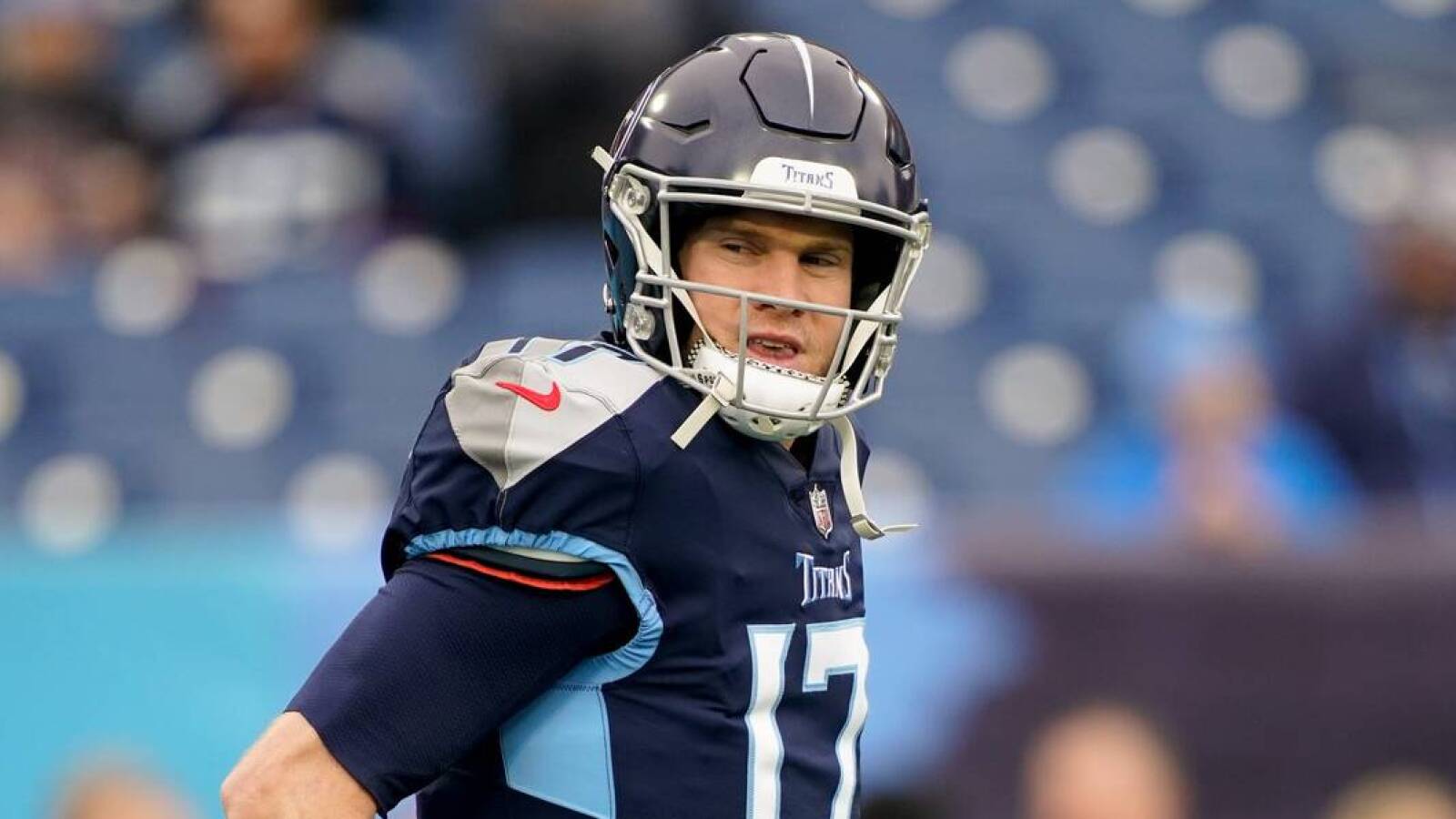 The Tennessee Titans might be the next NFL team to make a quarterback switch.

Per Spotrac, the Titans are approaching a viable dead cap hit on Tannehill’s deal this offseason. The team can get out of the quarterback’s deal with only an $18 million penalty. It’d net them about $19.8 million in savings.

Tannehill will be 35 before the 2023 season, and Tennessee could be on the verge of a serious retooling. The former Dolphins signal caller resurrected his career with the Titans and helped turn them into a perennial playoff contender from 2019-21.

However, the wheels have fallen off the reigning AFC South champs. Tennessee has lost its last five games after reaching a 7-3 record by mid-November.

The team has ceded its AFC South lead to the red-hot Jacksonville Jaguars, who would win in a tiebreaker.

The Titans have been ravaged by injuries this season, but their decline could give the team reason to cut Tannehill loose after the 2022 season and start anew at the position.

With offensive coordinator Todd Downing on the hot seat and general manager Jon Robinson already gone, Titans head coach Mike Vrabel could lead his second effort to help build the Titans back up.

With only about a million dollars in spending money for the spring, cutting Tannehill could give the Titans more money to patch the holes on the roster in free agency.

By drafting quarterback Malik Willis this past spring, the team has already given a subtle hint that Tannehill’s days could be numbered in Music City. The jury is out on whether or not Willis can be the guy, but there are free agents like Tom Brady, Jimmy Garoppolo, Daniel Jones and Jacoby Brissett the Titans could look into.

They could also draft a statewide hero in Tennessee quarterback Hendon Hooker and sit him for a year.

As for Tannehill, he could be a candidate to join his old offensive coordinator Arthur Smith in Atlanta. He’d give that team a more reliable bridge quarterback if rookie Desmond Ridder isn’t ready for full-time duties.

Time will tell if Tannehill’s days in Tennessee are ending. However, with the cap relief and potential retooling ahead, it could be time for a breakup.