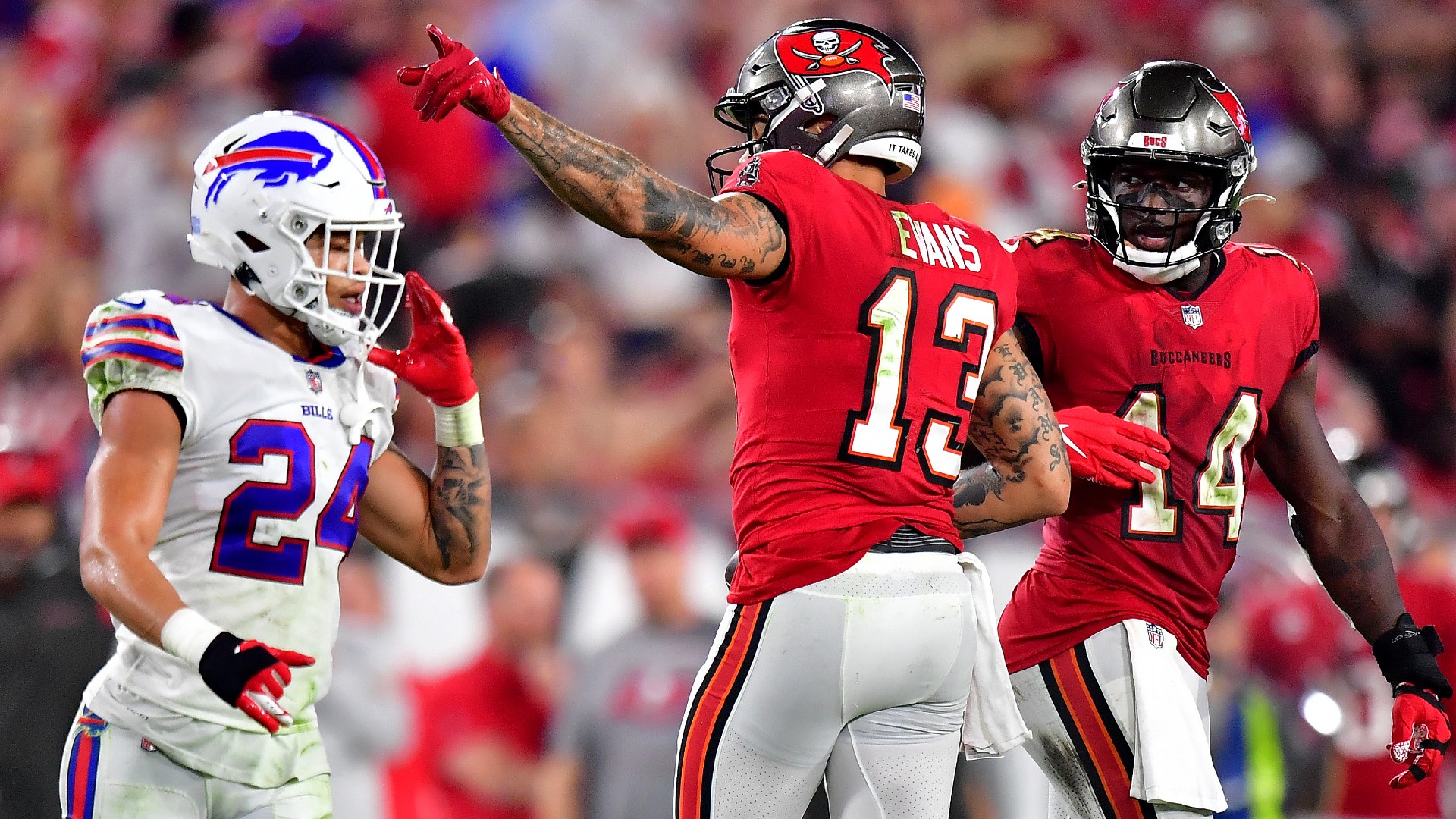 Bills fans are clearly tired of watching their team play Tom Brady. The Buccaneers quarterback had an all-time record of 32-3 against his former division rival coming into Sunday’s clash.

He bumped that win column up one on Sunday in a 33-27 overtime win, but it wasn’t without controversy. The Buccaneers benefited from a questionable pass interference call on Mike Evans in overtime that moved them up 19 yards. The call came not long after the Bills were forced to settle for a game-tying field goal after a similar play did not result in a pass interference penalty near the end of regulation.

Throw in a narrow third-down conversion by Tampa Bay running back Leonard Fournette in overtime and another earlier non-PI call against Tampa Bay, and Buffalo has a few reasons to gripe about what might have been.

The Bills had trimmed a deficit that at one point was 24-3 all the way down to 27-24. On Buffalo’s final drive in regulation, quarterback Josh Allen drove the team down to the Tampa Bay 7-yard line. He sent a pass toward wide receiver Stefon Diggs on third-and-2 in the end zone, but the ball sailed incomplete with 28 seconds left. The play drew criticism for not being called pass interference, as it looked like cornerback Carlton Davis III had interfered with Diggs on the play.

Had the play been ruled PI, the Bills would have had a first down at the 3.5-yard line. Instead, they could only tie the game at 27 and head to overtime.

The next bit of controversy came on Tampa Bay’s overtime drive. The Buccaneers started their drive at their own 6-yard line, and on 3rd-and-1 from their own 15, Fournette rushed ahead for a yard. It looked like he might have been short of the yard marker, but the ruling on the field was that he reached the line to gain. After review, the call stood.

The next play, Brady sent a pass out deep left to Mike Evans, who couldn’t bring in the pass, but Levi Wallace was called for pass interference.

the CBS broadcast temporarily broke itself because of how bad the pass interference call against Levi Wallace was in his coverage of Mike Evans pic.twitter.com/pDYaoDxzjl

Former NFL official and NBC rules analyst Terry McAulay agreed with the Bills that the call should not have been pass interference.

This is not defensive pass interference. The receiver creates the contact. It is especially noteworthy given what was not called late in regulation on the Buffalo 3rd & 2 play. https://t.co/jQpWye03IO

Three plays later, Brady hit Breshad Perriman for a 58-yard touchdown pass — this one sans controversy — to end the game.

The Bills certainly weren’t without their chances to win. They began overtime with the ball, and punted it away after a quick three-and-out, giving the ball to the quarterback tied for the third-most game-winning drives of all time. They also fell behind 24-3 to begin with.

But that is little solace to the frustrated Bills Mafia, who once again had to watch Brady walk off the field a winner.