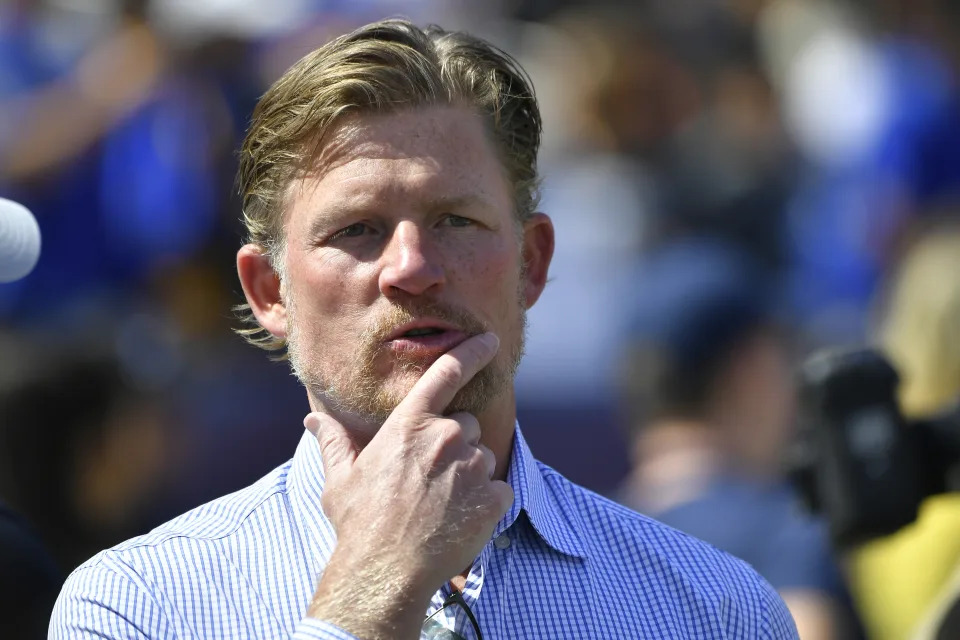 On the surface, the rosters of the Cincinnati Bengals and Los Angeles Rams have some obvious similarities.

Both teams feature a No. 1 overall draft pick at quarterback, each clear centerpieces of their respective franchises.

Both feature star receivers drafted in the top half of the first round.

Both found star running backs in Round 2.

Both squads spent big on their defensive lines and secondaries.

Yet, when you drill down, the ways in which the Bengals and Rams constructed their rosters couldn’t be much different.

We’re talking about one of the biggest scouting staffs in football versus the smallest. The Rams list 26 personnel staffers; only four teams have more. The Bengals have an NFL-low eight personnel staffers, and no other team has fewer than 15. The Baltimore Ravens have 27 more scouts than the Bengals.

Yet as the Rams and Bengals prepare to face off in Super Bowl LVI, it serves as a reminder for the other 30 clubs that there is more than one way to aggregate a successful roster. Two Super Bowl teams went down two divergent paths to get here.

The Rams and Bengals broke some old roster-construction rules along the way. So why can’t these unorthodox, yet successful, methods be replicated elsewhere?
‘F them picks!’ — the inspiration of Rams GM Les Snead’s mad genius

Matthew Stafford cost the Rams a fortune via trade.

The Rams, however, were more than happy to give up their former starting QB and No. 1 overall pick (Jared Goff), along with three draft picks (a 2022 first-round pick, 2023 first-rounder and a 2021 third-rounder) to land Stafford.

Trading for Stafford, Jalen Ramsey, Von Miller and others have cost the Rams, especially in terms of high-end draft capital. But since the 2017 draft, the Rams have made 45 draft selections, which is tied for the sixth-most of any club in that span.

The difference: The Rams had only 14 picks in Rounds 1-3 over those years, which was tied for the third-fewest of any club in that span. The last time the Rams made a first-round selection was 2016 (Goff).

The next first-round selection they currently own is in the 2024 draft. This led to some people, even those closest to him, taking shots at Rams general manager Les Snead and his go-for-broke approach.

Snead already had made himself something of an isolationist in NFL circles, given his vivid reimagining of the scouting process, from the interviews to the value of pro days and the scouting combine. When some old-school teams read Snead’s worldview, there was some suspicion.

Internally, Snead likely felt emboldened to make some of his team’s trades to land star players because he knew he had extra picks with which to play. The Rams have received 10 compensatory selections since 2017 for losing players in free agency, as well as for the Lions hiring GM Brad Holmes from their staff. Snead also engineered a slew of lesser trades to stockpile more Day 3 picks.

Strange as it might sound, this reflects a general manager who implicitly trusts his scouting staff. Without the benefit of first-round selections, Snead has relied on his eyes and those of his staff to mine through the flotsam and jetsam to find hidden gems.

The Rams’ current 53-man roster consists of 25 “homegrown” draft picks. Of those, only one (Donald) was their own first-rounder. The overwhelming majority came from Rounds 3 (seven players), 4 (five) and 7 (six).

The other 28 players were acquired via signings, trades, waiver claims and other pickups. Five key players were landed by trade: Stafford, Miller, Ramsey, RG Austin Corbett and RB Sony Michel.

It’s too soon to judge the Stafford and Miller trades; some of the picks involved have not yet been made. However, the Ramsey deal has proven to be a steal, even with its a pricey-looking tag.

“You’re always going to ask yourself the question of: Is it best to utilize draft picks to either move up and get who … you obviously would assume would be a player with high potential or a higher projection? But again, it’s still a projection,” Snead said. “Or are you going to use your picks to move back, acquire more picks to … continue acquiring players that still [come with] a projection element to them — and you’ve got to develop them — or are you going to use them with players who’ve either proven their projection [or are] more known commodities?”

Plus, whether it was by design or not, the Rams landing as much star power as they have also has made it an environment where other star players want to be part of. Beckham was released in early November and he had no shortage of high-profile suitors, including the Patriots, Packers and Saints.

But Beckham was courted by a slew of Rams stars and, based on the Rams’ contract offer, was able to double dip from the Browns. Once Robert Woods went down with a knee injury and Beckham settled in, he became a vital piece in the team’s playoff run.

The Rams wouldn’t be here without Beckham’s contributions. And it’s arguable that Beckham (and others) wouldn’t be Rams without Snead’s aggressive, top-down roster-building approach.