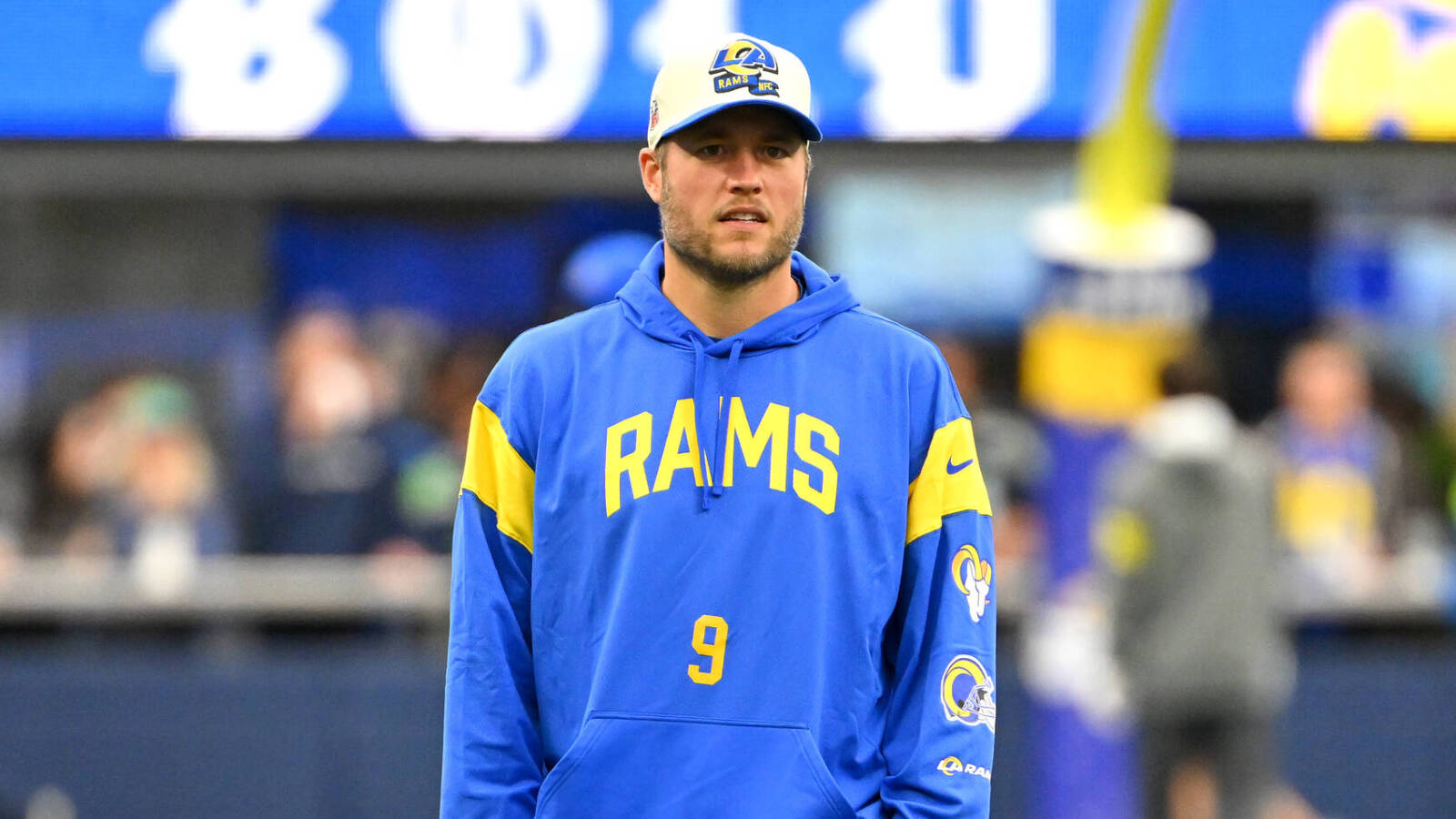 Matthew Stafford already made it clear that he’d be returning for the 2023 season, and the Rams are prepared to make it official. ESPN’s Adam Schefter reports that the Rams are expected to pick up Stafford’s 2023 option bonus and 2024 salary by the third day of the league year.

The two-year commitment will cost the organization more than $50M. Stafford’s $1.5M 2023 base salary and prorated $12M signing bonus were already fully guaranteed at signing. With this latest move, the Rams are locking themselves into a 2023 option bonus worth $26M and a 2024 guaranteed salary of $31M.

This always seemed like the expected route but considering the uncertainty in Los Angeles surrounding Sean McVay‘s future, it was fair to wonder if the Rams could look towards a complete rebuild. In such a scenario, the Rams could have designated Stafford as a post-June 1 cap casualty, a move that still would have let them with $13.5M dead cap in 2023 and a whopping $36M in 2024.

Stafford was sidelined for much of the summer with an elbow issue. After struggling during the regular season and dealing with a pair of concussions, he ultimately landed on injured reserve in early December with a spinal cord contusion. The 34-year-old was limited to only nine games, with his 10 touchdowns being his lowest mark since a three-game appearance with Detroit in 2010.

Despite the growing list of ailments, Stafford rejected the retirement rumors last month. He doubled down during his end-of-season press conference, telling reporters that he never considered hanging up his cleats and is feeling “really comfortable and confident in moving forward” (per ESPN’s Sarah Barshop).