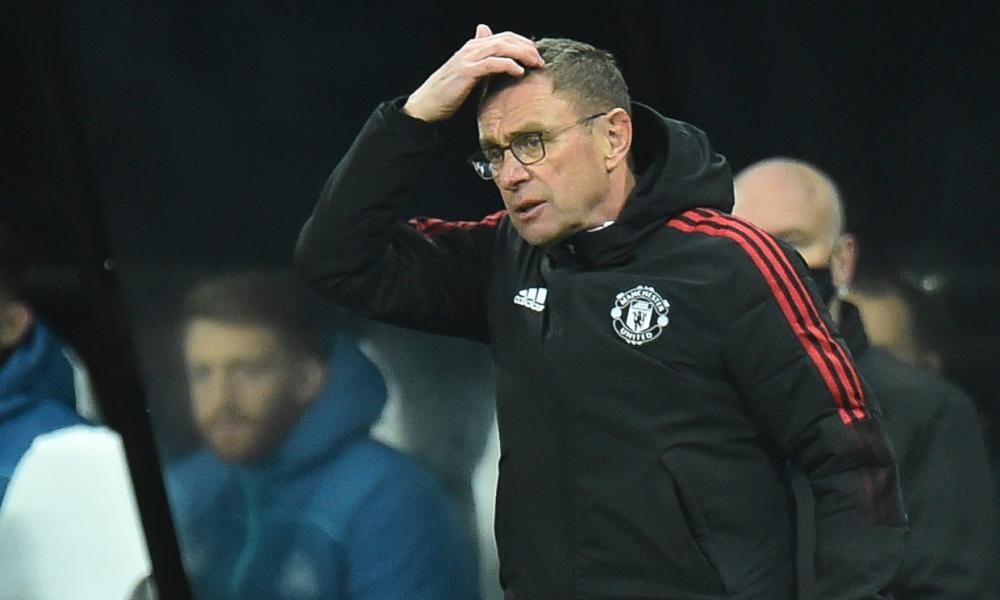 The festive programme in the Premier League is fabled for its surprises, but for Manchester United this was an unwelcome dose of déjà vu. From the start at St James’ Park, this game called to mind the early days of Ole Gunnar Solskjær’s reign, with this exact fixture his fourth game in charge – and fourth win – three years ago and precisely two weeks into his tenure at Old Trafford.

On that occasion at least club and fans were still basking in their escape from the José Mourinho psychodrama, and a sense of goodwill towards Solskjær was clear. The Norwegian had his fingerprints smeared generously over the victory too, his double substitution just after the hour – bringing on Romelu Lukaku and Alexis Sánchez – swinging a game of high tension and low quality. It seemed feted, Lukaku breaking the deadlock 38 seconds after coming on as a second-half substitute and Sánchez at the hub of Marcus Rashford’s goal which wrapped things up. It all added up to an underwhelming but successful performance, which mapped out with reasonable accuracy what we could come to expect from United for the next few years.

This time at Newcastle, Manchester United’s double change couldn’t wait that long, such had been the sheer emptiness of the display offered by Ralf Rangnick’s side before the break. Jadon Sancho and Edinson Cavani played their second-half part in turning the tanker around, and really looked United’s only real hope of doing so. Sancho provided for Cavani only for the Uruguayan to scuff a presentable opportunity badly wide. It turned out to be a rehearsal for the equaliser: a kind deflection returned to Cavani from his first shot – from Diogo Dalot’s cross this time – and the the visitors caught a needed break on a hitherto barren night.

Cavani is clear as the perfect partner for Cristiano Ronaldo, sharing only an age bracket and a plentiful history of goals with the Portugal captain. At nearly 35 Cavani brings the hustle and the urgency which Ronaldo has rarely been required to provide in his career, and which United have lacked all over the pitch for way too long. It stood out like a sore thumb here, with United pedestrian in possession in their own half even after the leveller. Without the post and David de Gea’s upstretched right hand, which denied the home side twice in a handful of seconds with three minutes to go, the vistors would have headed back to Manchester with the defeat that this miserable performance deserved.

No feature of Manchester United’s game in the first 45 minutes had been as notable as the frequent sight of Rangnick’s downturned bottom lip plodding back through the technical area. He was shaking his head disapprovingly in the direction of his bench, with his side in his familiar 4-2-2-2 shape but with none of the zip that typically characterises his teams. It was always going to be a steep climb for the players to get where their new coach really wants them to be mid-season, with so little time to work. The problems of adaptation are clear. Newcastle escaped the press too easily throughout – a Bruno Fernandes sprint here and a Rashford saunter there – and when United lost the ball, they were consistently overexposed.

Manchester United losing possession was commonplace, even before Raphaël Varane was caught dawdling on the ball by Sean Longstaff on the way to Allan Saint-Maximin’s opener. Rangnick’s side had been given their warning. A Harry Maguire slip in the second minute had let in Ryan Fraser, fortunately without consequence for the visitors.

Individual quality covered a multitude of sins under Solskjaer, right up until it couldn’t anymore. Here that innate aptitude flickered far too briefly to give Manchester United a chance to snatch the points. There was one sliver where you saw how it might come together, when Ronaldo’s round-the-corner flick found Fernandes late in the first half. The latter’s sidefoot was comfortably smothered by Dubravka, but Ronaldo had been lingering offside in the first instance anyway. It was typical of the torpor with which Rangnick has his hands full.