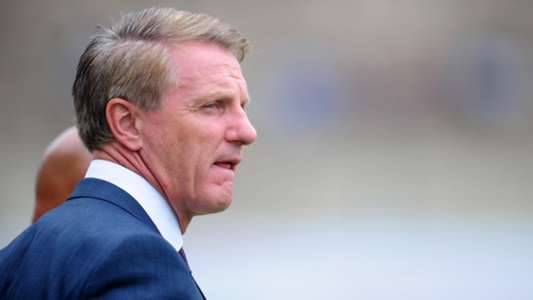 In regulation time, Samuel Onyango scored for K’Ogalo from the penalty spot, with Joshua Ibrahim replying for the Brewers from the spot as well. The league champions then went on to win the trophy after prevailing 8-7 in a penalty shootout.

The former league champions had to finish the game with 10 players after Harun Shakava was sent off after two bookable offences.

‘Referee did not have to send off Shakava’

“I am disappointed with the referee, I felt he influenced the game big time, he gave them a soft penalty,” Harrison told Goal.

“I don’t think it was; then he sent off [Harun Shakava] he didn’t have to do that, he ruined the game at the end of the day. It is an exhibition game, not a World Cup final, he is playing to the rules, but he did not have to send him off and he is ruining the game.

‘New signings did not excel’

Yangayay, Ng’ang’a, and Peter Lwasa are some of the new signings that made their debut for the FKF Shield Cup champions. Harrison believes they struggled and at the same time insisting his players were not ready to play the Ruaraka-based charges.

“I think it is quite frightening being told like a week ago that you are going to play. I don’t think it is only Gor Mahia, there are a lot of teams out there that have not had enough preparations,” he stated.

“It is what it is; I feel for the players, they gave out everything but they did not really perform as I know we can and will do. And losing on penalties is also a nasty way of losing a game.

“For the players, it is a big fitness exercise, it is the only positive I can take out of it. The fact that the boys worked hard, they gave everything and we needed the game in that respect but I didn’t need it to be against Tusker in a cup game.

“The news signings played well but did not excel, I didn’t really expect anybody to excel. Coming into this game I expected us to be beaten two or three goals because we were not ready. So at the end of the day coming out with 1-1 [in regulation time] is okay.”

K’Ogalo will be playing KCB in their first league assignment of the new season on Saturday.