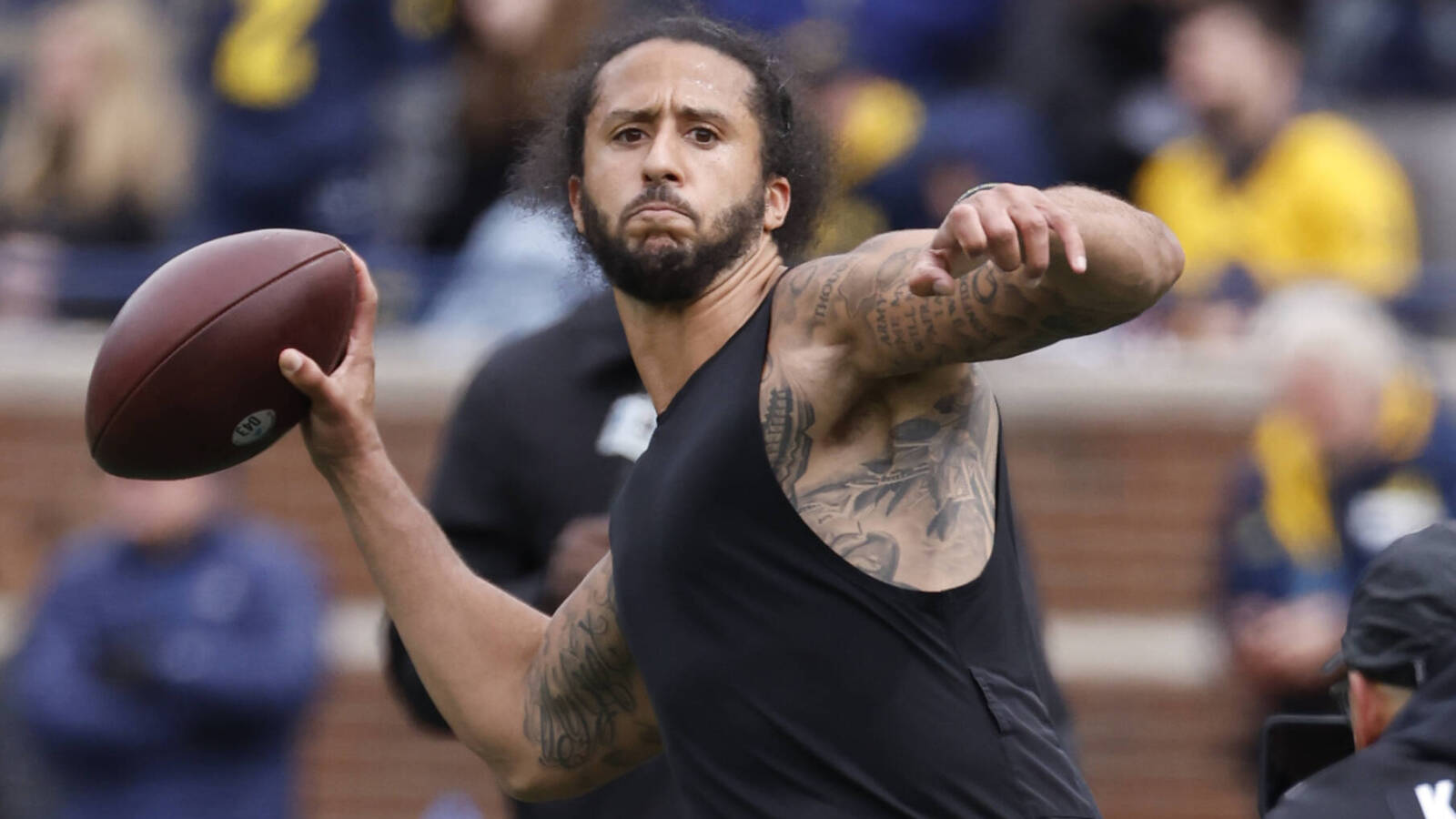 Kaepernick, 34, hasn’t played in the NFL since 2016 when he became the center of political debate by kneeling during the playing of the national anthem as a means to protest racial inequality and police violence. At the end of the 2016 season, Kaepernick became a free agent and hasn’t been on an NFL roster since.

In February 2019, Kaepernick and the NFL settled a multimillion-dollar lawsuit alleging team owners colluded to keep the quarterback out of the league.

Kaepernick has maintained that he’s interested in continuing his NFL career, and he’s held public workouts, including a 15-minute throwing session at the University of Michigan’s spring game in April.

“One of the questions that my agent kept getting was, ‘Well, it’s been five years, can he still play?” Kaepernick told Jeanna Trotman of XWYZ Detroit at the time. “So we wanted to make sure that we come out, we show everyone I could still play, still throw it, and really just looking for an opportunity for a door to open, to have that be a pathway to be able to get back in there, get a starting job and lead a team to a championship.”

The Raiders already have an established starter in Derek Carr, who has earned three trips to the Pro Bowl and finished the 2021 season with a career-high 4,804 passing yards. In April, Carr signed a three-year, $121.5 million contract extension with Las Vegas. The team’s backup for the last two seasons was Marcus Mariota, but he left in free agency to join the Atlanta Falcons. Jarrett Stidham, Nick Mullens and Chase Garbers are the other three quarterbacks on the roster.

In April, Raiders owner Mark Davis praised Kaepernick and said he “deserves every chance in the world” to return to the NFL. Davis said he “would welcome [Kaepernick] with open arms” if he joined the Raiders.

In six seasons with the 49ers, Kaepernick threw 72 touchdown passes with 30 interceptions and ran for another 13 touchdowns.