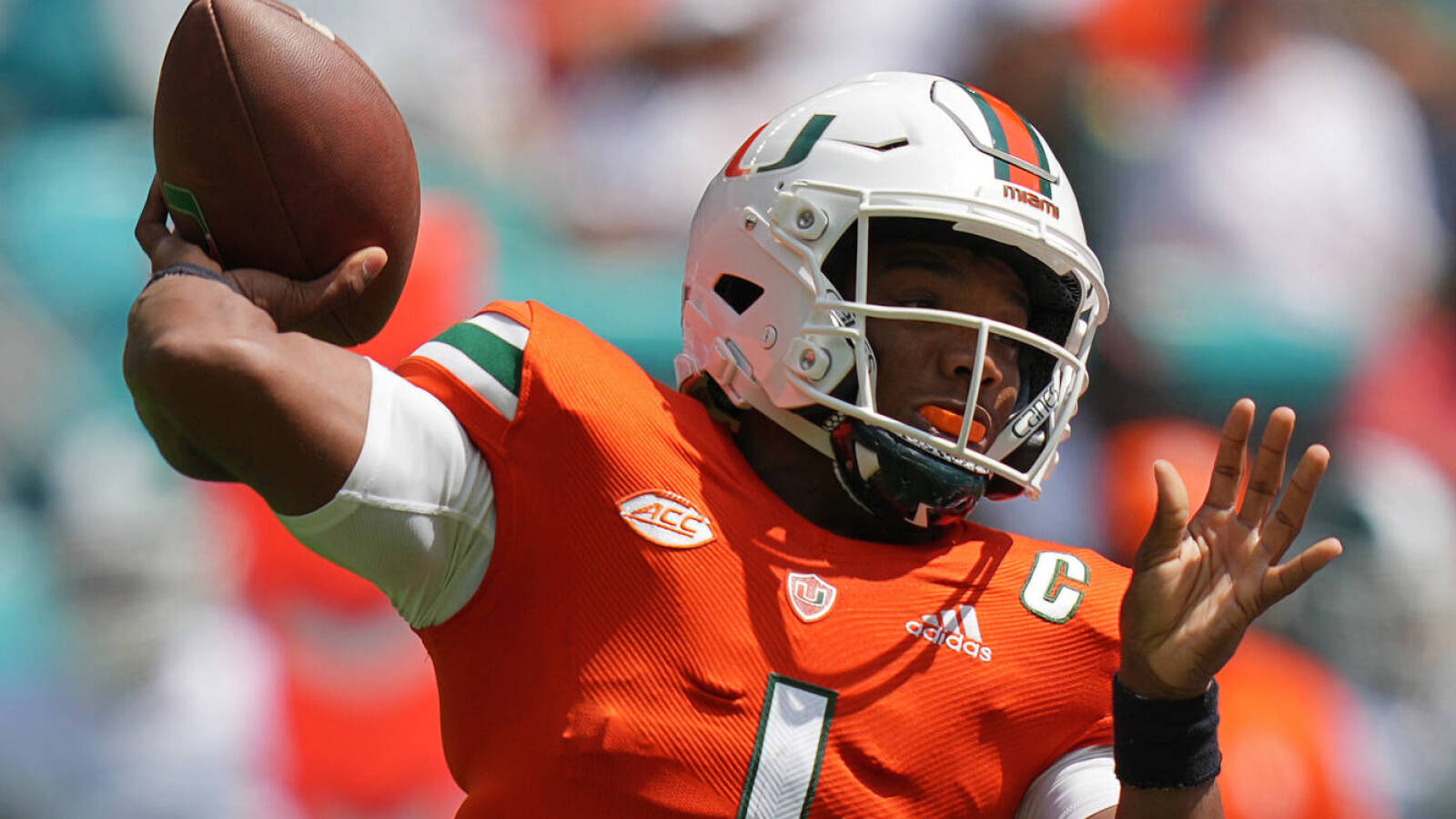 D’Eriq King made his name in college football as a quarterback, but NFL teams are looking at him at a different position.

Several NFL teams are looking at King as a slot receiver who can also play quarterback, according to Aaron Wilson of Pro Football Network. Wilson names the Buffalo Bills, Dallas Cowboys, and Seattle Seahawks as teams that have looked closely at King.

King was primarily a quarterback at Houston and Miami. He did, however, get some reps at receiver with Houston, so he is not a total stranger to the position. King has also signaled his willingness to switch positions in the pros, which should help endear him to interested teams.

King has two outstanding college seasons to his name, one in 2018 at Houston and another in 2020 at Miami. He was hindered by injury in 2021, but that has not stopped NFL teams from taking a long look at him.