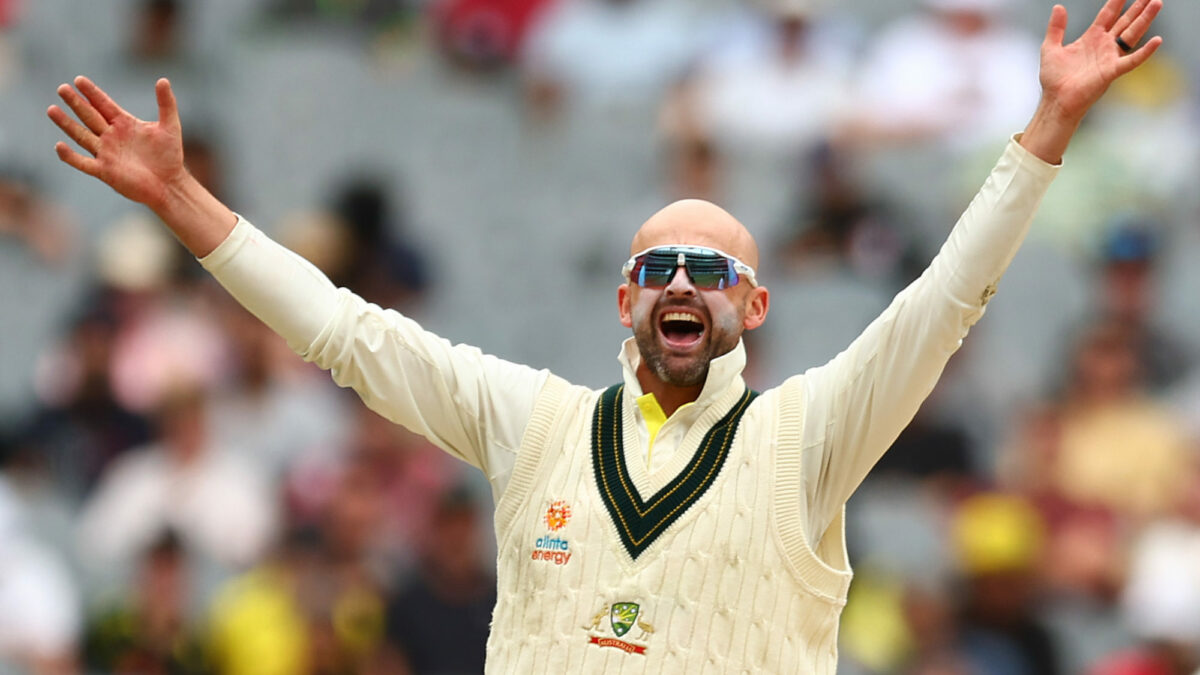 Australia have completed a resounding Test win over South Africa at the MCG to claim victory by an innings and 182 runs and an unassailable 2-0 series lead, ensuring a first series victory against the Proteas on home soil since January 2006.

On a day marked by a pair of embarrassing Proteas run outs to perfectly sum up their tour, three wickets from Nathan Lyon led the charge despite the off-spinner appearing discomfited by a shoulder injury after a diving attempted stop in the field.

Scott Boland (2/49) and Mitchell Starc (1/62) were also among the wickets, as was Steve Smith (1/9) with the final wicket of the match, while captain Pat Cummins conceded just 20 runs in 16 miserly overs after removing Proteas captain Dean Elgar the previous evening.

Fittingly for a match played in tribute to the late, great Shane Warne, Smith’s seldom used leg-breaks claimed the final wicket to end the Proteas’ minimal resistance at 204, a well-flighted ball bamboozling Lungi Ngidi and crashing into off stump for a wicket the King would surely have approved of.

The Aussie dominance was encapsulated by their mastery of the DRS – a long-standing thorn in their side – with LBW referrals against Sarel Erwee (21) off Starc and later Marco Jansen (5) off Lyon swiftly vindicated.

For the Proteas, a gritty 65 from Temba Bavuma was the sole highlight of the innings, but his chief role in the disastrous run outs of first Khaya Zondo (1) and then Keshav Maharaj (5) took plenty of the gloss off the innings, as did his ugly dismissal lofting Nathan Lyon to leave the tail high and dry.

Some late hitting from final pair Lungi Ngidi (19) and Anrich Nortje (8 not out) did at least ensure the Proteas reached 200 for the first time in eight innings, but it comes as little comfort for the soundly beaten tourists.

It is Australia’s 14th-largest innings victory in history, and largest since crushing the West Indies by an innings and 212 runs in December 2015.

As for the pitiful Proteas, the loss is their 10th-largest, but remarkably, still sits second behind their innings and 276-run loss to New Zealand in February for their heaviest of 2022.

Another victory for Australia in the third Test in Sydney, starting January 4, would have the double bonus of securing their spot in the World Test Championship final, to be played in England in June 2023. However, everything would have to go wrong for them to miss from here. 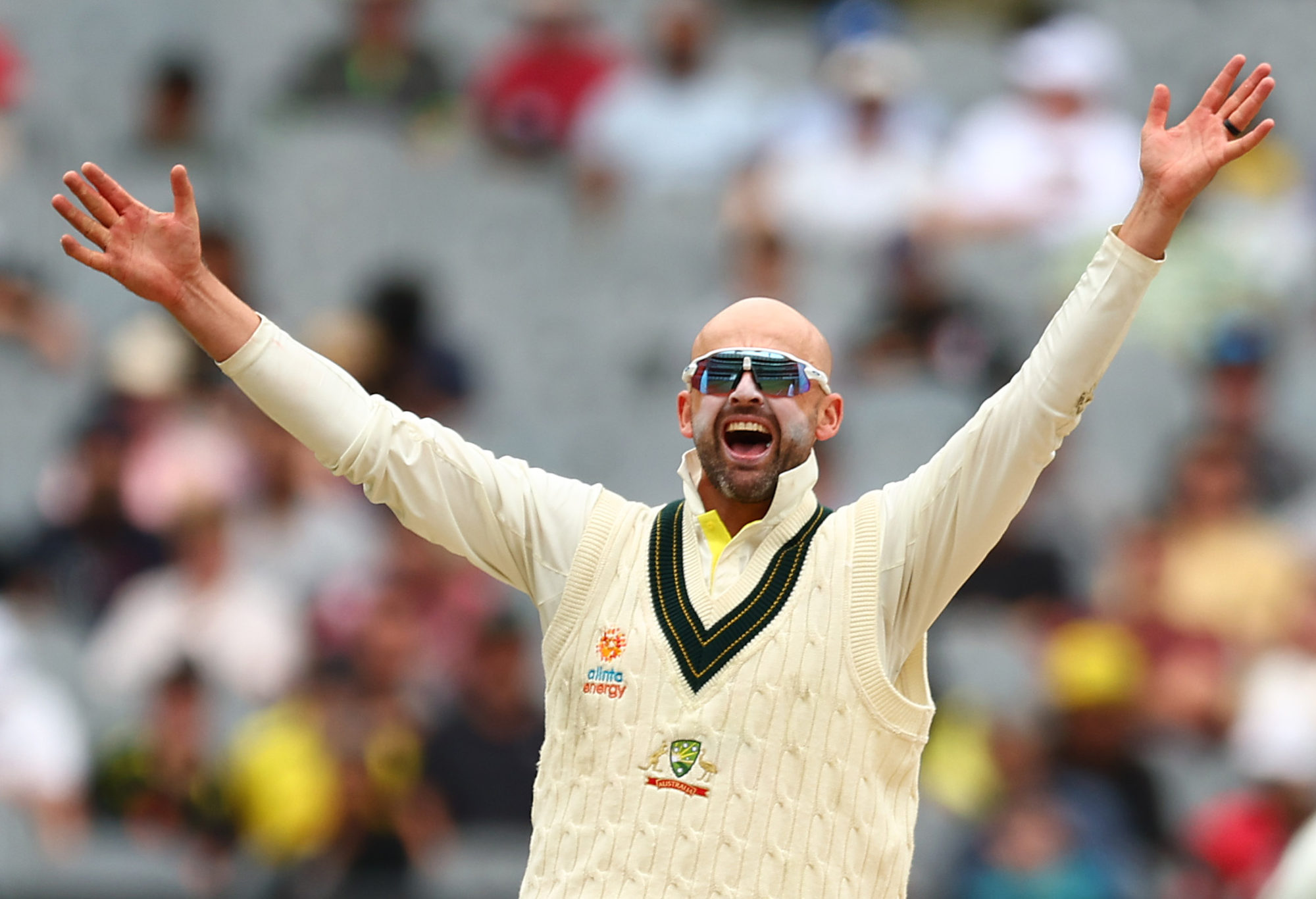 A proud Cummins described the emphatic series win as one of the proudest of his career.

“Boxing Day is always a huge event and this year even more special, celebrating Warnie,” he said.

“Hopefully we did a lot of Aussies proud.

“So many great performances from the team. Hopefully he is watching somewhere, proud.

“South Africa have had some wonderful contests over the years – I don’t think we’ve won a series in 20 years on home soil.

“That’s sweet, and super proud of how we gutsed it out at times and [how] the boys played.”

Resuming at 1/15, Erwee and Theunis de Bruyn’s partnership gave the Proteas a strong start to the day, the pair tight in defence and expansive on the rare loose offering from an Aussie attack sensing an extra day off.

Frustration began to build, with Starc – still soldiering on through the pain of a fractured finger that will likely bring with it a stint on the sidelines – warned Erwee to watch his backing up at the non-strikers’ end more closely.

As has been the tale of the series, though, the resistance would be fleeting: a Starc yorker clipped Erwee’s toe fractionally before he could jam down on it, with the hosts’ subsequent LBW review bringing the breakthrough they desired.

Dealing with the Aussie attack made for a tough assignment, but South Africa – and Bavuma especially – weren’t helping themselves. The first of the day’s shambolic run outs saw Bavuma tap into the covers and instantly set off. Caught off guard, Khaya Zondo was helpless as Travis Head raced in and celebrated his 29th birthday by throwing down the stumps from close range.

As he had in the first innings, Kyle Verreynne instantly looked the Proteas’ most assured batter: from reverse-sweeping Lyon to even ruining Boland’s figures with some expansive strokeplay, the dynamic wicketkeeper stood firm alongside Bavuma to get the embattled tourists safely to lunch for no further loss.

Their 63-run stand was ended by the Victorian to gain a measure of revenge: trapping Verreynne on the crease with a nip-backer, the South African’s desperate review was unable to save him.

Marco Jansen’s defiance with a maiden Test half-century had prevented complete humiliation for the Proteas on Day 1, but there would be no further heroics: another Aussie review bearing fruit as Lyon claimed his first scalp.

Having appeared to add to the Aussies’ mounting injury toll after an attempted stop in the field before lunch saw him leave the field clutching his shoulder, Lyon’s impressive return after the break will come as great relief to the victors – not even Cameron Green would have been more difficult to replace than the off-spinner should the blow have proved more serious.

Reaching 50 and not afraid to play his shots, with a series of lofted drives off Boland and Starc the highlight, Bavuma looked well and truly capable of just a second Test century with enough lower-order support.

That is, if he didn’t run them all out: a disastrous mix-up with Keshav Maharaj left the tailender stranded, a Starc direct hit from Marnus Labuschagne’s throw in the deep catching the spinner narrowly short for a rare run out after completing a two.

With a second teammate burned by his woeful running between the wickets, Bavuma’s resistance collapsed: losing all shape in trying to wallop Lyon into the deep, a top edge was taken simply by sub fielder Marcus Harris.

9/177 after Kagiso Rabada skied a second chance off Lyon, Cummins holding onto a far tricker chance, left the Proteas in real danger of yet another sub-200 score, and an extra dollop of humiliation.

But while a free-swinging Ngidi – his late cameo featuring the first six of his career – helped put on 27 with Nortje and avoid complete disaster, the end was inevitable.

And not for the first time at the MCG, it was a leg-spinner who dealt the final blow.

A blunt Elgar admitted post-match his side has work to do to restore pride in the team, lamenting the Proteas’ latest ‘hammering’ which looks set to put paid to their hopes of a surprise appearance in the World Test Championship final.

“It is bit of a hammering but we haven’t been up to speed with regards to the kind of intensity of play that test cricket deserves,” he said.

“Call a spade a spade, the inexperience is killing us, especially with the bat in hand. You’ve got to hit reality on the head as well. We lost a lot of batters the last few years. I think that’s got a role to play.

“But in saying that, there’s opportunities for guys to come in and play and make spots their own. Unfortunately, that inexperience at this level is really hurting us at the moment.”

Elgar urged his team to fight to salvage something from what has been a disastrous tour in the upcoming third Test at the SCG, saying the Proteas still have ‘a lot to play for’.

“2-1 sounds better than 3-0, but in saying that, we haven’t been up to speed the first two Tests and we’ve got to hit the nail on the head and call a spade a spade and move on very quickly,” he said.

“4 January is around the corner we need to shake this off and move on.”