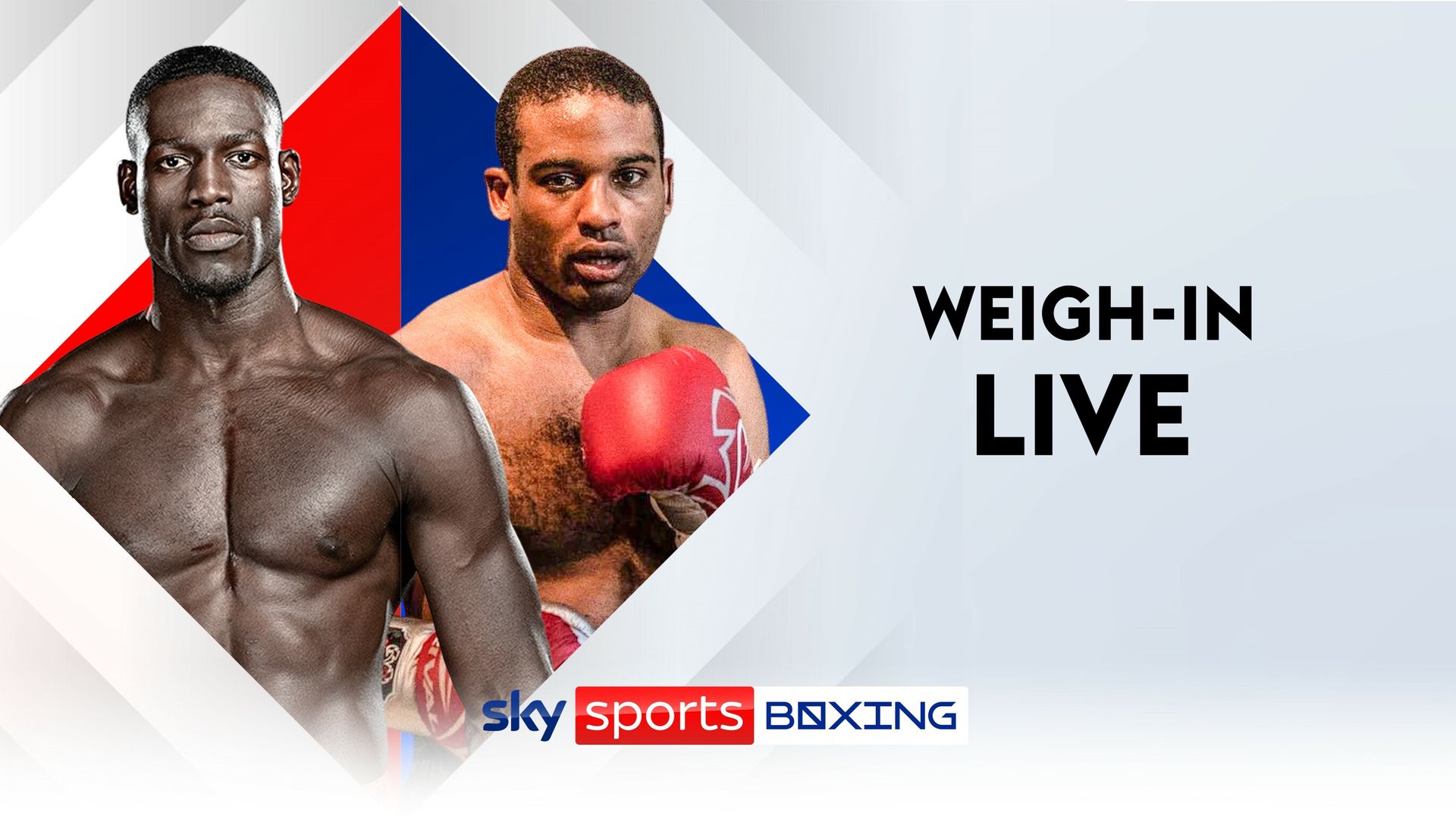 Richard Riakporhe and Deion Jumah will have a final face-off at today’s weigh-in – and you can watch on a live stream!

Jumah has already delivered a scathing assessment of Riakporhe’s skills ahead of a crucial showdown between two unbeaten contenders.

“I think his best bet is trying to get me out [with a knockout], because if he wants to box then it’s going to be a very long night for him,” Jumah told Sky Sports.

“I believe I beat him. I can outbox him and if he wants to punch I can negate everything he has as well.”

But Riakporhe has revealed how he gained inspiration from training alongside Anthony Joshua, who shares the same trainer, Angel Fernandez, in their Loughborough gym.

“It’s been absolutely amazing,” Riakporhe told Sky Sports News. “You have AJ in the camp, I get a lot of advice. He’s spoken to me about things that he’s been through and things that I have to watch out for.

“Seeing him and what he’s achieved, having him around me, it’s more motivational for me as well.

“We want to achieve at least half of what he’s achieved and that keeps the hunger and energy, and he kind of feeds back off that at the same time because he sees us on the way up, and remembers those days when he was coming up, so wants to step up his game.”