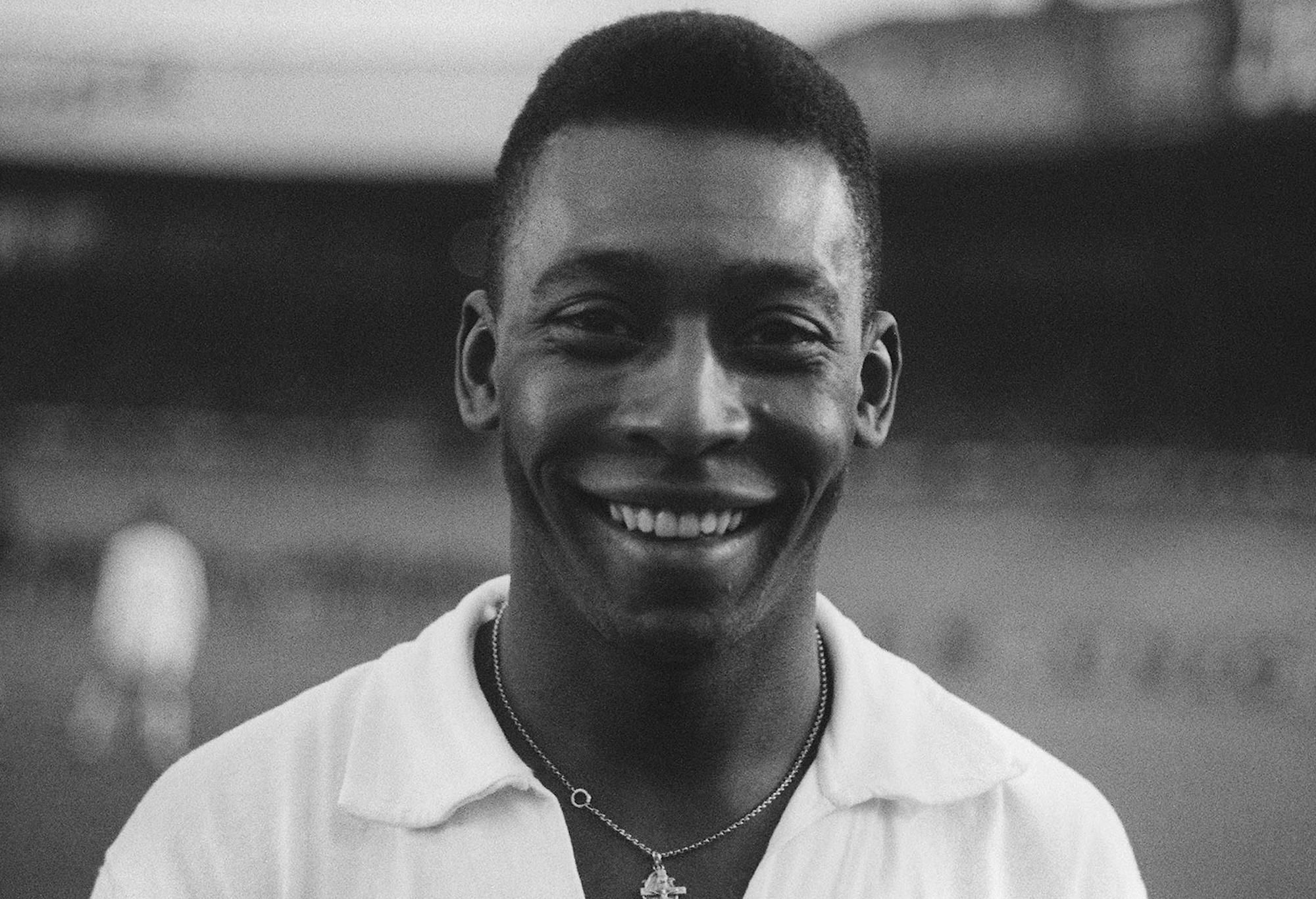 Pele, the legendary Brazilian soccer player who rose from barefoot poverty to become one of the greatest and best-known athletes in modern history, has died at the age of 82.

Sao Paulo’s Albert Einstein hospital, where Pele was undergoing treatment, said he died at 3.27 pm on Thursday “due to multiple organ failures resulting from the progression of colon cancer associated with his previous medical condition.”

The death of the only man to win the World Cup three times as a player was confirmed on his Instagram account.

“Inspiration and love marked the journey of King Pele, who peacefully passed away today,” it read, adding he had “enchanted the world with his genius in sport, stopped a war, carried out social works all over the world and spread what he most believed to be the cure for all our problems: love.”

Tributes poured in from across the worlds of sport, politics and popular culture for a figure who epitomised Brazil’s dominance of the beautiful game.

The government of President Jair Bolsonaro, who leaves office on Sunday, declared three days of mourning, and said in a statement that Pele was “a great citizen and patriot, raising the name of Brazil wherever he went.”

Bolsonaro’s successor, President-elect Luiz Inacio Lula da Silva, wrote that “few Brazilians carried the name of our country as far as he did.”

Pele had been undergoing chemotherapy since he had a tumour removed from his colon in September 2021.

On Monday, a 24-hour wake will be held for Pele in the centre of the field at the stadium of Santos, his hometown club where he started playing as a teenager and quickly rose to fame.

The next day, a procession carrying his coffin will pass through the streets of Santos, passing the neighborhood where his 100-year-old mother lives, and ending at the Ecumenical Memorial Necropolis cemetery, where he will be buried in a private ceremony.

US President Joe Biden said on Twitter that Pele’s rise from humble beginnings to soccer legend was a story of “what is possible.”

Pele, whose given name was Edson Arantes do Nascimento, joined Santos in 1956 and turned the small coastal club into one of the most famous names in football.

In addition to a host of regional and national titles, Pele won two Copa Libertadores, the South American equivalent of the Champions League, and two Intercontinental Cups, the annual tournament held between the best teams in Europe and South America.

He took home three World Cup winner’s medals, the first time as a 17-year-old in Sweden in 1958, the second in Chile four years later – even though he missed most of the tournament through injury – and the third in Mexico in 1970, when he led what is considered to be one of the greatest sides ever to play the game.

He retired from Santos in 1974 but a year later made a surprise comeback by signing a lucrative deal to join the New York Cosmos in the then nascent North American Soccer League.

Pele credited his one-of-a-kind mix of talent, creative genius and technical skill to a youth spent playing pick-up games in small-town Brazil, often using grapefruit or wadded-up rags because his family could not afford a real ball.

His celebrity was often overwhelming. Grown adults broke down crying in his presence with regularity. When he was a player, souvenir-seeking fans rushed the field following games and tore off his shorts, socks and even underwear.

Pele is one of the greatest footballers in history. (Photo credit STAFF/AFP via Getty Images)

His house in Brazil was less than a mile from a beach, but he didn’t go there for some two decades because of fear of crowds.

Yet even in unguarded moments among friends, he rarely complained. He believed that his talent was a divine gift, and he spoke movingly about how soccer allowed him to travel the world, bring cheer to cancer patients and survivors of wars and famine, and provide for a family that, growing up, often did not know the source of their next meal.

“God gave me this ability for one reason: To make people happy,” he said during a 2013 interview. “No matter what I did, I tried not to forget that.”

Pele’s position as one of the greatest footballers of all time has never been contested but the same cannot be said for the number of goals he scored in his star-studded career.

Precisely how many time Pele hit the net is a matter of debate, with most statisticians agreeing the number is between 1,281 and 1,283.

FIFA put his overall total at more than 1,200 – over 1,000 of which came for his first club, Santos. Most of the others came for the New York Cosmos and Brazil.

Questions, however, have long surrounded the status of many of his goals, especially when compared to those scored by modern-day players such as Lionel Messi and Cristiano Ronaldo.

Almost half of Pele’s goals came in friendly matches – including games as an army conscript – and some argue they do not carry the same weight as goals scored in competitive matches.

Pele sent his congratulations to both players but his supporters still argue the Brazilian’s goal haul is superior because in Pele’s day friendly matches were much more competitive than they are today.

In the 1960s, South America’s top players were rarely snapped up by European clubs the way they are today, and the top teams from each continent hardly ever met in competitive games. So when they did face off in friendlies they were serious affairs.

Starting in the late 1950s, Santos toured Europe and much of the rest of the world every year because foreign clubs would pay them big money for the privilege of seeing Pele and co up close.

The tours were punishing. Santos would sometimes play two games in three days, and with no time to train, rest or eat properly they often slept on overnight trains and survived on fruit and chocolate.

And yet still they banged in the goals, from Lisbon to Lyon and Birmingham to Buenos Aires.

The defences Pele beat read like a who’s who of world soccer.

He got eight goals in seven games against Inter Milan, six in five against AS Roma and 10 in seven matches against Benfica.

“You had to have a great prestige even to face teams like Real Madrid and Barcelona,” Odir Cunha, Santos historian, said.

“Pele played against some of the biggest teams in the world. And he scored against almost all of them.”

When Pele came to Australia

It is half-a-century since Pele played his one and only match in Australia but the occasion is still remembered.

The Brazilian soccer legend, who has died aged 82, played for Santos, his club side, against the Australian national team in Sydney in June 1972 at the old Sydney Sports Ground.

Nearly 32,000 watched a 2-2 draw in which the Socceroos denied Pele a goal, though he did make a goal for the visitors.

Though this was an exhibition match, of the sort Santos played all over the world for many years to cash in on Pele’s fame, grainy black-and-white video of the clash shows it was fiercely competitive with Pele on the end of some tough tackles.

From one he was awarded a free-kick, which he took and cleverly set up Edu for Santos’ second goal.

The Australian team included many of the men who would make history as the first to play at a World Cup two years later including opening scorer Jim Rooney plus Peter Wilson, Manfred Schaefer and Adrian Alston.

Ray Baartz, who missed out on the finals after his career was ended by an injury sustained against Uruguay in the World Cup build-up, scored Australia’s second goal.

After his retirement Pele made several trips to Australia, usually in a promotional capacity.

In 1990 he was mobbed in Sydney and Melbourne with fans queuing for hours to buy autographed books.

One of the more remarkable aspects is how many children – who could never have seen him play – were present.

A $200-a-head black tie dinner at the Sydney Football Stadium was attended by the likes of Craig Johnston and Johnny Warren – who was involved in the Australian arm of Pele’s kids’ soccer schools – as well as cricket’s Chappell brothers.

Ian Chappell said at the time, “I have been fortunate to meet with and socialise with many great sportsmen and women, and play against them, but think he is the most impressive sportsman I have ever come across in my life.”

A remarkable career in numbers

* Became the youngest-ever player to win the World Cup trophy at 17, a record that still stands.

* Scored 757 goals in 812 official matches for club and country, a record that stood for decades until Portugal’s Cristiano Ronaldo eclipsed his tally.

* Brazil’s football association (CBF) and Santos say Pele scored a total of 1,283 goals in 1,367 matches while FIFA puts the figure at 1,281 goals in 1,366 games. Other sources give varying figures depending on the types of games included.

* Netted 77 goals in 92 official matches for Brazil – the country’s all-time leading goal scorer, alongside Neymar, who netted his 77th goal in the 2022 World Cup.

* Registered six assists at Mexico 1970 – a record for one World Cup.

* Scored 127 goals for Santos in 1959, thought to be the most goals scored by a club player in one calendar year.

* Finished as Santos’ top scorer with 643 goals in 659 competitive matches.