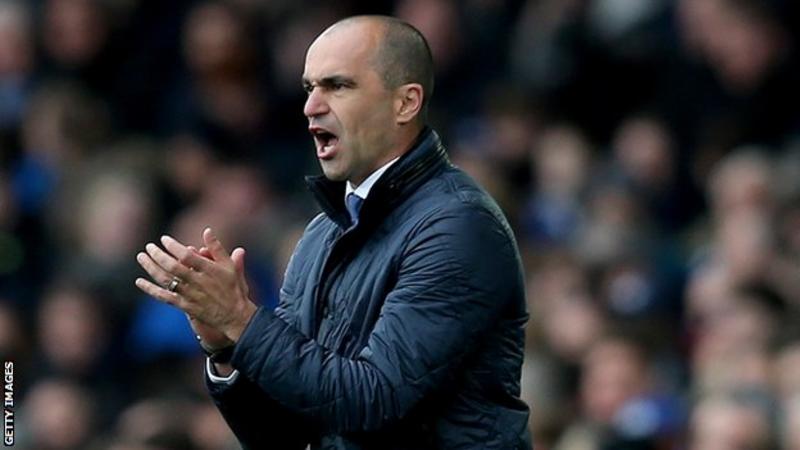 Everton are interested in Belgium manager Roberto Martinez returning to the club and have made initial contact with the Belgian Football Association.

Belgium are reluctant to lose the Spaniard, 48, with the World Cup in Qatar in November and believe they will retain his services.

Martinez is high on the Toffees’ list of contenders to succeed Rafael Benitez, who was sacked on Sunday.

The candidates to replace Benitez
‘Magnitude of task’ at Everton surprised Benitez
Everton owner Moshiri gambled big time on Benitez – and lost
He then became Belgium manager in August 2016, achieving a third-place finish at the 2018 World Cup, and he is also technical director of the national team.

Belgium, the world’s number one ranked side, are among the favourites for this year’s World Cup.

The prospect of Martinez doing both the Everton and Belgium jobs has been floated but the Belgian FA will reject any such suggestion out of hand, while a clean end-of-season break is also not on the cards with the World Cup being held in November and December in Qatar rather than in the summer.

Martinez retains support inside Everton’s boardroom despite being the first of five managers to be sacked by current owner Farhad Moshiri, departing in May 2016 after three seasons in charge.

The Catalan has also retained great affection for Everton, believing he has unfinished business at Goodison Park.

He is one of a number of candidates under discussion as Everton attempt to move away from Benitez’s ill-fated and toxic reign, which ended amid fan anger and protests during and after Saturday’s 2-1 defeat at struggling Norwich City.

Martinez may well be another hard sell for Moshiri after his controversial appointment of former Liverpool manager Benitez. He, like Benitez, was also the target for protests and banners demanding his removal after his tenure went into decline following a fine first season when Everton finished fifth.

Former Everton striker Wayne Rooney is also likely to figure in discussions having been doing a fine job against the odds at Derby County, while former Chelsea manager Frank Lampard is another name touted as a potential target.

Everton assistant manager Duncan Ferguson, who has been on the staff of a succession of fired managers, is another candidate although it may have been significant that the statement announcing Benitez’s departure made no mention of a caretaker, suggesting they will be moving for a quick permanent appointment.

If Everton are unable to get their man, the likelihood is Ferguson will take interim charge for a second time until Benitez is replaced, starting with Saturday’s home game against Aston Villa.

Potter on Everton speculation
Brighton manager Graham Potter, who has been linked with the vacancy, said on Monday: “I can’t comment on speculation, things that are out there in the newspapers.

“I’m focused on my job here, very happy here at, in my opinion, one of the best-run football clubs in the Premier League, with a fantastic owner, chairman, CEO, sports director.”

Asked whether he was flattered by the links, he added: “No, not really. It’s just speculation or people want to write something.

“The reality is I’m at a really good football club that helped me. I’m not here because I’m that good, it’s because I’m at a good club and I have good support.

“I have people that allow me to do my job, that give me support, give me trust and these things are important. There’s an organisation around the club.

“You just can’t help what people write or put out there.”