Roman Abramovich has been given 81 days to sell Chelsea – or risk the club folding.

Darren Fletcher is Manchester United’s behind-the-scenes peacemaker as they try to get their top-four bid back on track.

Mauricio Pochettino is on the brink of being axed by Paris Saint-Germain after their Champions League exit at Real Madrid on Wednesday night.

Fabian Schar has declared his intention to sign a new deal with Newcastle.

Chelsea boss Thomas Tuchel has no intention of leaving Stamford Bridge following the sanctions applied on owner Roman Abramovich, according to reports. Speaking ahead of their Premier League match at Norwich, Chelsea manager Thomas Tuchel said he is happy at the club, despite the uncertainty caused by sanctions issued to owner Roman Abramovich

Arsenal are set to prioritise the signing of Lille striker Jonathan David this summer, according to reports.

Fiorentina are keen to sign Lucas Torreira on a permanent contract from Arsenal at the end of the season.

Manchester United are monitoring Lyon striker Moussa Dembele as a possible transfer target as they look to revitalise their attack this summer.

AC Milan have shown their support for the people of Ukraine by releasing a special edition shirt – inspired by their former Ukraine striker Andriy Shevchenko.

Ralf Rangnick sees Cristiano Ronaldo as a fading force and believes Manchester United need a new man to lead their attack, according to reports.

Liverpool raided Porto for Luis Diaz in January and were back watching the Portuguese side on another scouting mission this week.

The sanctioning of Roman Abramovich is set to spark a shootout between three American-led groups who are bidding to save Chelsea from the threat of financial Armageddon. 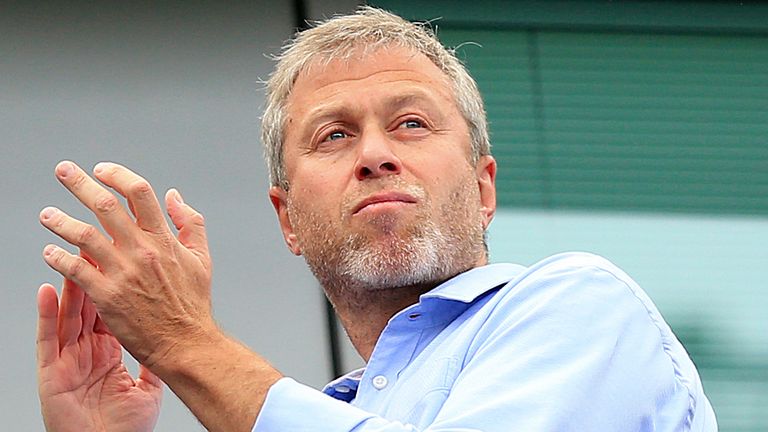 A section of the Rangers support called out managing director Stewart Robertson over the planned friendly with Celtic before the Europa League clash against Red Star Belgrade.

Garry Parker is set to join Neil Lennon in Cyprus.

Scotland are set to confirm that the March 24 friendly against Poland will be played at Hampden.

Daniil Medvedev has admitted he is uncertain how much longer he can continue playing tournaments because of the possibility that tennis may impose a blanket ban on Russian competitors.