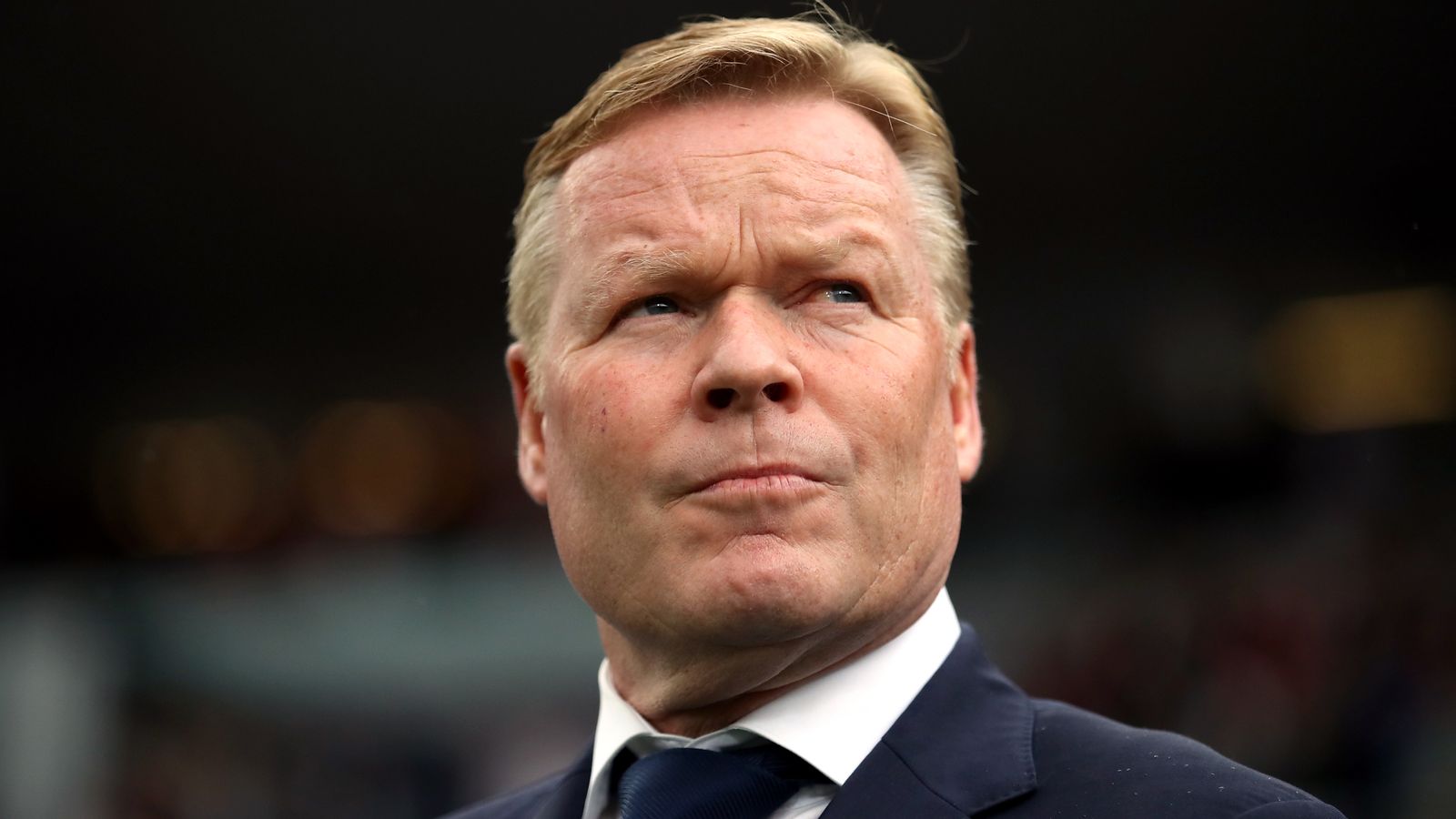 Ronald Koeman has signed a three-year deal to return as Netherlands boss from 2023.

The former Southampton and Everton manager has been out of a job since being sacked by Barcelona earlier this season.

It will be Koeman’s second spell in charge of his country, having led them to runners-up in the UEFA Nations League in 2018-19 and qualification for Euro 2020 before taking over at Barca.

Louis van Gaal will lead the Dutch at the World Cup in Qatar but will step down afterwards, following his revelation that he has been diagnosed with prostate cancer.

“I am looking forward to the new collaboration. A little over a year and a half ago, I certainly did not leave the Dutch national team out of dissatisfaction,” Koeman said.

“My stay felt good, the results were good and the click with the internationals was good. We will soon continue on that path. That is certain for me.”

He added on Twitter: “Proud to share I will be the manager of Netherlands’ national team again after the WC. I am very much looking forward, let’s reach new successes together!”

The Royal Dutch Football Association (KNVB) added in a statement on its website: “After the upcoming World Cup, Ronald Koeman will take over from Louis van Gaal as national coach.

“His contract for this with the KNVB will run until the World Cup in 2026 and has now been signed by both parties.”

Former Manchester United boss Van Gaal revealed he has cancer on a television show in the Netherlands called Humberto on Sunday evening while promoting a new documentary about his life.

Van Gaal said of his players: “They don’t know. They see a blush on my cheeks and think, ‘what a healthy (person) that is’. That is of course not the case.”

He added: “I’ve been through a lot with illnesses, including with my own wife. So that’s just part of life.

“(I) as a human being have probably become richer because of all those experiences. I thought that should also be in the film.”

Van Gaal took charge as Netherlands boss for a third time in August 2021 having previously led them to a third-placed finish at the 2014 World Cup.

Looking back at Louis van Gaal’s time at Manchester United

He replaced Frank de Boer after a disappointing Euro 2020 campaign where the Dutch exited in the last-16 and now he is due to lead his country at the 2022 World Cup in Qatar later this year.

On Friday, they were drawn against hosts Qatar, Africa Cup of Nations champions Senegal and Ecuador in Group A of the tournament, which gets underway in November.