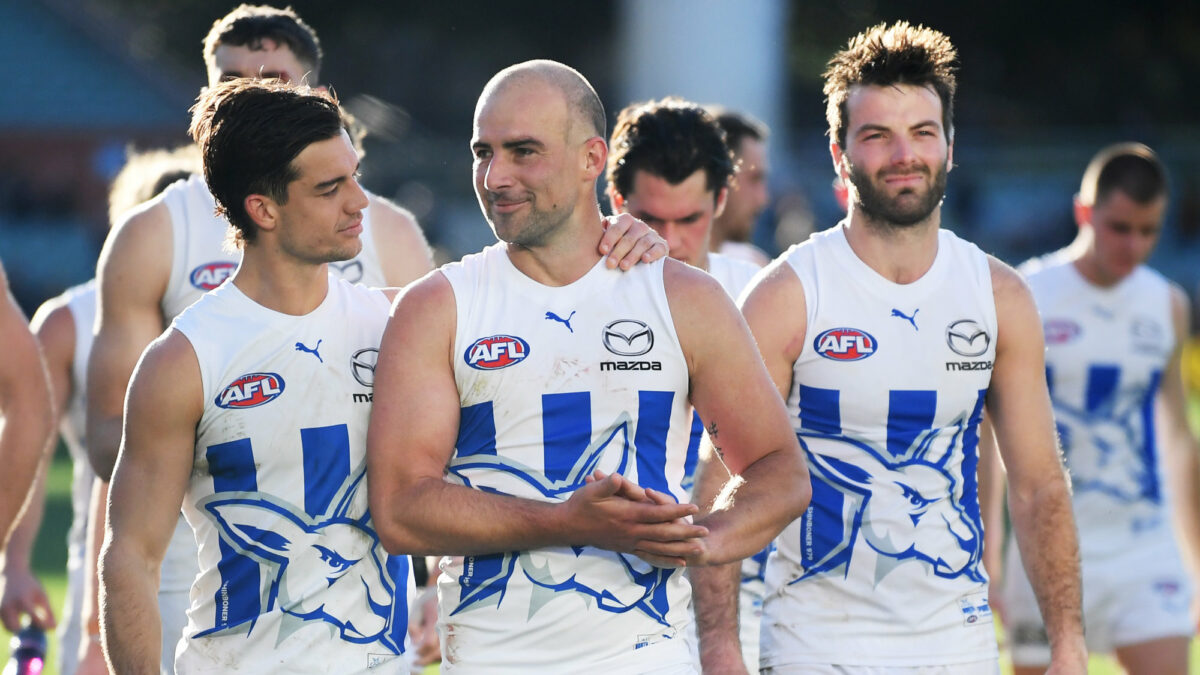 North Melbourne players have historically voted to promote Luke McDonald and Jy Simpkin to the co-captaincy after long-time skipper Jack Ziebell stood down ahead of the 2023 AFL season.

Zeibell will remain part of the leadership group after six years and 111 games in the top job.

But father-son pick McDonald (27) and midfielder Simpkin (24) – last year’s vice-captains – will share the reins as the club’s first co-captains.

“The leadership vote was values-based, with a focus on who best represented our Shinboner Spirit,” North Melbourne football boss Todd Viney said.

“From the vote, we couldn’t split Luke and Jy in terms of the influence they’ve had on the playing group and the club as two of our key leaders.”

Simpkin has won back-to-back club best and fairest awards and enters the new role on the back of a wooden spoon and the arrival of coach Alastair Clarkson.

“They are both equally as passionate about getting the club back to where it needs to be, developing our young talent and fostering a positive club culture,” Viney said.