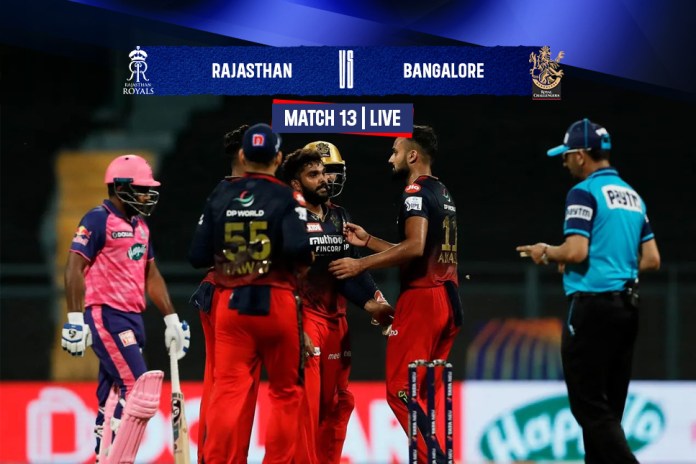 Earlier, as has been the norm, RCB skipper Faf du Plessis won the toss and opted to bowl first against Rajasthan Royals in Pune. Both teams have decided to retain their winning combinations.

Over 20: Akash Deep with the last over

Over 18: Harshal Patel comes in for 18th

Over 17: Mohd Siraj back in attack

Over 12: Hasaranga back in attack

Over 10: Harshal Patel comes in

Over 9: Wanindu Hasaranga comes into attack

Over 5: Akash Deep comes in

Over 2: David Willey comes in

As for Playing XI, Royal Challengers Bangalore are unchanged. RR too are going with the same team that beat MI.

Pitch report: Hard pitch, less grass and could be a paradise for pacers.

@18:30: Look who is bowling at the nets? Debut for Daryl Mitchell? Doubtful. 1️⃣3️⃣ wickets in 7️⃣ matches for @HarshalPatel23 against tonight’s opponents! 💪🏻🤩

RR vs RCB Live: Rajasthan Royals aiming to make it three wins on a row as they take on Royal Challengers Bangalore – Follow Live Updates