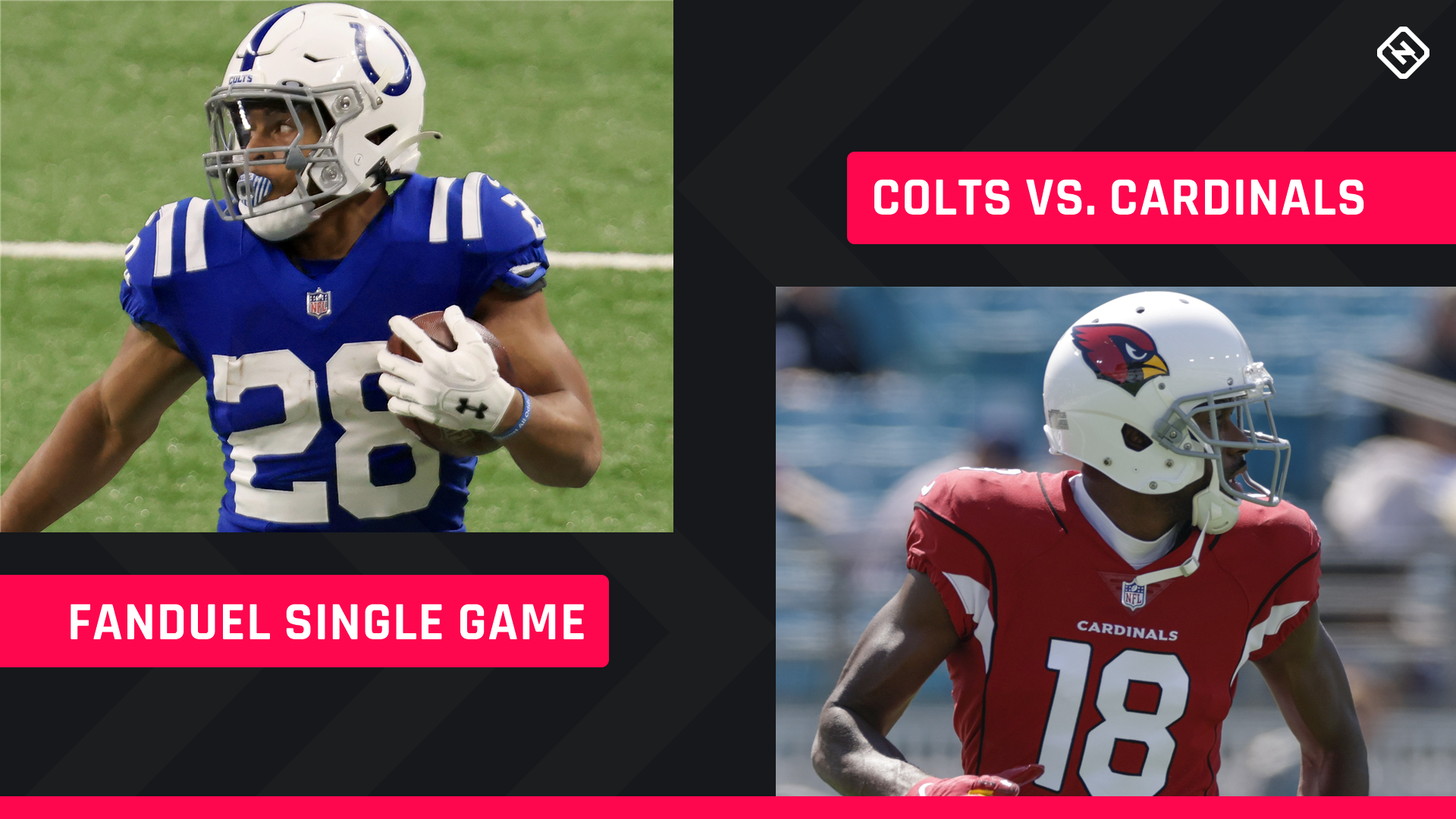 The Cardinals and Colts are both squarely in the playoff mix, but the two teams appear to be careening in opposite directions. The Cardinals have dropped two straight contests, including a 30-12 loss last week to the lowly Lions. Meanwhile, the Colts have won two straight and five of six. FanDuel Sportsbook has listed the Cardinals as 1.5-point favorites with a game total of 48.5, and while those numbers don’t scream “DFS barnburner,” there are still plenty of interesting options for FanDuel single-game lineup.

Here are the key scoring settings for FanDuel single-game contests: The point total for the “MVP” is multiplied by 1.5, but he doesn’t cost any additional money like the “Captain” in DraftKings Showdown contests. FanDuel’s default scoring is half-point PPR and  four-point passing TDs, and there are no bonuses for 100/300-yard games like on DraftKings.

Sometimes fantasy football gives you the answer key for certain questions. This is certainly one of those cases. Taylor has eclipsed 30 FanDuel points in three games, including a 51.9-point eruption. He will have massive ownership as the MVP, but we can’t always steer away from chalk.

Murray is an MVP option for those who want to assume the risk-reward of a contrarian play in that spot. There’s nothing wrong with the “keep it simple” route either, and that includes Murray and his 30-plus FD-point upside as a regular ol’ flex. The Cardinals have been struggling of late, but we’re going to continue betting on the dynamic signal-caller.

Ertz’s 11 targets last week were the most he’s earned this season, and he’s going to continue handling a hefty workload with DeAndre Hopkins (knee) out for the remainder of the regular season. He’s played well overall since landing in Arizona via trade, and we’re banking on another solid performance on Christmas night.

Green’s eight targets last week tied for the second most he’s received this season, and he should remain a fixture in the Cardinals’ passing attack with Hopkins on the shelf. He has five double-figure FD performances on the season, so there’s still some juice in the veteran’s tank.

Wesley’s snaps (64) and targets (eight) marked career bests, and he’s another Cardinal in line for increased workloads. We’re hoping he’s a bit more efficient this week after catching three-of-eight passes, but we’re happy to bet on his increased opportunity.