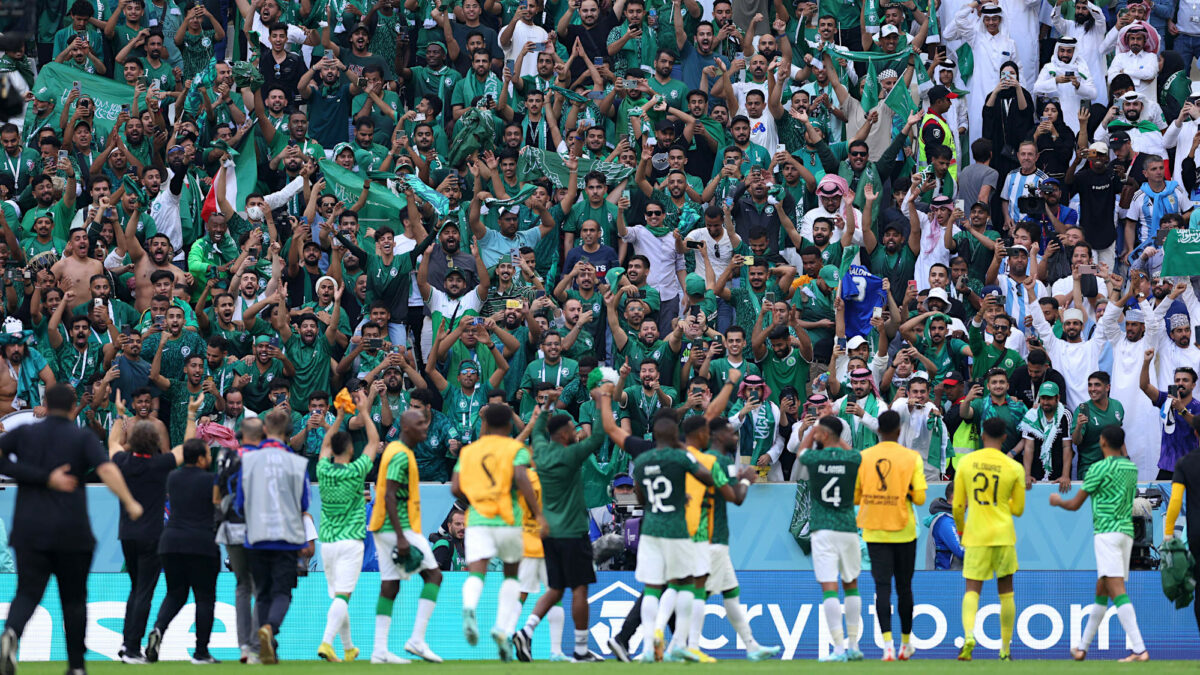 Lionel Messi’s Argentina side have been beaten 2-1 by Saudi Arabia in one of the World Cup’s great upsets.

Saudi Arabia have produced one of the biggest upsets in World Cup history to beat Argentina 2-1 in their group C opener with goals by Saleh Al-Shehri and Salem Al-Dawsari stunning the favourites.

The 51st-ranked Saudis were trailing to Lionel Messi’s 10th minute penalty in Tuesday’s clash, but Al-Shehri squeezed in an angled shot in the 48th minute after punishing poor Argentine defending.

Saudi Arabia’s fans were then sent into delirium five minutes later as Al-Dawsari curled a stunning shot into the top corner from the edge of the area.

Argentina were on course to match Italy’s record 37-match unbeaten run after Messi opened his fifth and final World Cup by stroking home a 10th-minute penalty.

But for three goals being chalked off for offside, one for Messi and two for Lauturo Martinez, Argentina would have been home and dry before halftime but the game was turned on its head after the break in extraordinary fashion.