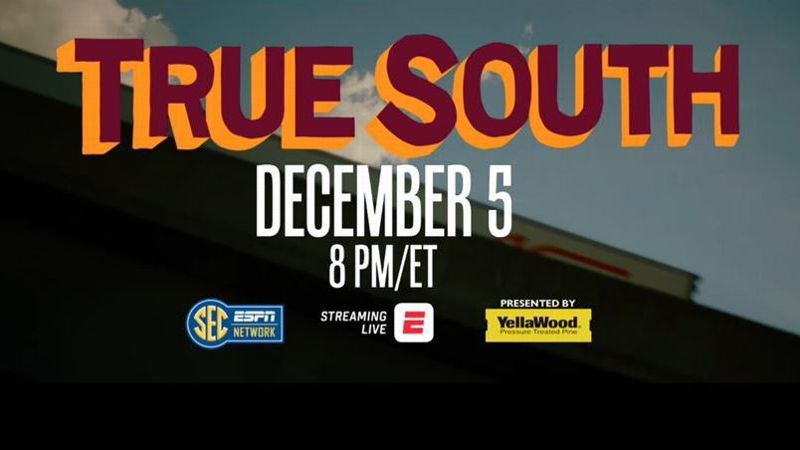 On Sunday, Dec. 5 at 8 p.m. ET, TrueSouth Presented by YellaWood drives north to St. Louis, Missouri The series, now in its fourth season on SEC Network, revolves around two food stories told from one place, which TrueSouth sets in conversation to make larger points about Southern beliefs and identities. New in season four is a special fifth episode that runs the length of the Mississippi River.

TrueSouth heads north to St. Louis, Mo., a city on the cusp of the South, built by wave after wave of immigrants. To know this place and its people, we develop a unified sandwich theory of the city that links Italian hot salami sandwiches from Gioia’s on the Hill, Bosnian somun and cevapi sandwiches served by J’s Pitaria out in the southern suburbs, and “American” cheeseburgers cooked in a 1936 vintage box grill at a shot-and-a-beer bar called the Iowa Buffet. Our St. Louis story revolves around two family restaurants.

At AAA Fish on Delmar Boulevard, Allison Carson works the kitchen. Like many people we met, her Black family quit the Jim Crow South, following the rail lines from Mississippi to Missouri. She fries great jack salmon, but no-pull tripe sandwiches, smeared with mustard and hot sauce, are the money dish. Allison calls herself a tripe-ologist. At Lisa’s Chop Suey in the suburb of Jennings, Victor Ton wok-fries egg foo young patties and stacks them on white bread. Called St. Pauls, these sandwiches are popular in the Chinese-American restaurants that locals call Chop Sueys. Born in Vietnam to a Chinese family, Victor immigrated to the US on a busted freighter and now rides the city in a Black motorcycle club. Neighborhood by neighborhood, story after story, these people and these sandwiches define TrueSouth: St Louis.

Local music is forever important to our shows. For this episode of TrueSouth, we sampled bands across Missouri, from Pawns or Kings to Violet and the Undercurrents.

Season four of TrueSouth began in Scott, La., the buckle on the Boudin Belt that stretches across Cajun Country. Episode two of the show floated to Lake Village, Ark., just across the Mississippi River, where Santa “Cowboy” Lee cooks fat T-bones at a pizza restaurant, and Rhoda’s Famous Hot Tamales and Pies bakes half-pecan and half-sweet potato pies that are worth a three-hour drive. For episode three, we floated into Mobile Bay, Ala., for breakfast cocktails at a beach bar and fish and grits and second chances at a steamtable restaurant. After St. Louis is a special fifth episode, run along the river from Snake and Jake’s Christmas Club Lounge in New Orleans to Doe’s Eat Place in Greenville, Miss.