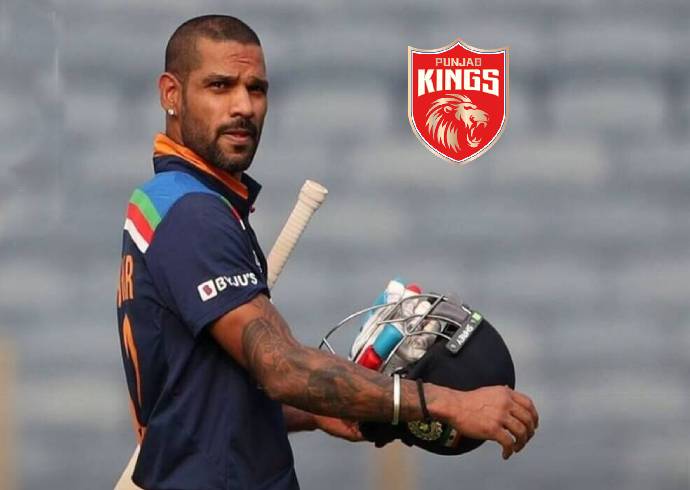 IPL 2022 PBKS Captain – Shikhar Dhawan PBKS Captain? This IPL Auction, Punjab Kings not only had a task to build ROBUST squad but also to get a player who can lead the team in forthcoming season. PBKS it seems have got both the answers. It is reliably learnt that the franchise from Punjab has zeroed down on Shikhar Dhawan as leader of the pack. The official announcement will be made in next couple of days: Follow IPL 2022 LIVE Updates with InsideSport.IN & Check Punjab Kings Full Squad & PBKS Players Salary

“Team is very elated to have Shikhar Dhawan in squad. Dhawan has a mature head on his shoulders and will be entrusted to lead Punjab in IPL. Coach, promoters all are in favor of Dhawan as captain of Punjab Kings. Official announcement will be made in next few days”, said a source close to PBKS team management.

Shikhar Dhawan PBKS Captain? It is worth noting that the team from Punjab had retained Mayank Agarwal before the auction. It was being speculated that Mayank will lead PBKS but after the auction it is clear that the responsibility to lead PBKS will go to Dhawan.

After the auction was concluded on Sunday, PBKS head coach was asked about the appointment of new captain.

Kumble though did not reveal the name but was effusive in his praise for Dhawan.

“Oh, he is a great edition to the squad. His maturity will rub on other squad members. Everyone around can learn from him. He will be perfect leader for the team in every respect”, said Kumble clearly indicating that Dhawan is set to be named captain of the team.

PBKS owner Ness Wadia was also asked the same question on who will lead Punjab Kings?

“I can’t give the name now. But we have got our captain. We will make the announcement very soon”, said visibily very happy Wadia.

Punjab Kings head coach Anil Kumble is extremely satisfied with the new players, including Liam Livingstone and Odean Smith, coming to his franchise during the IPL auction, the dynamics of which were “very different and challenging”.

“There is absolutely more demand than supply, but I guess there were challenges because there were 10 teams and it was different,” Kumble said.

“I have been in couple of big mega auctions in 2011, 2014 and smaller auctions before this auction. This one has been really, really different and more challenging because every player, that whoever is going for, is going for a large sum of money, so the purse is dwindling no matter what value you have in your purse.

“The auction dynamics are very very different and you have to be nimble and that is something we realised in the last one and half days. You have to be even more nimble during this auction then the previous ones.”