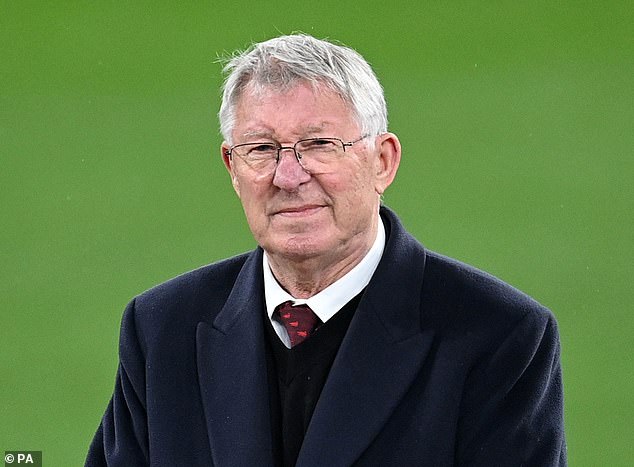 In the brilliant, moving documentary about Ferguson’s life, Never Give In, which was released earlier this year, the former Manchester United manager is seen poring over a piece of paper which looks like the title page to a book of crosswords. In the early days of his convalescence, he had scrawled a collection of words on it. One is repeated time after time: ‘Remember.’

Remember, he urges himself. Remember all the details of a life in football so rich in achievement that he became the greatest manager British football has ever produced. If it is in your power, guard those memories jealously and never let them go. Never forget them because a man is forged by his hinterland and a man is made by his history and without the memories, life’s anchor is gone.

Ferguson will turn 80 this week and the milestone means the memories will come flooding back for the rest of us, too, because for those of us whose time spent working in English football roughly coincided with his reign at Old Trafford, and for those who immersed themselves in the English game in the 1990s and the first decade of this century, he was the most influential, fascinating, intimidating, compelling, character in our sporting lives.

Ferguson was the dominant figure in English football for a quarter of a century. At the heart of his legend was rebuilding United into the most powerful team in England and in Europe after a fallow period of not winning the top flight in England for 26 years. More emotive than that was the struggle to win the European Cup for the first time since Sir Matt Busby and the team led by Bobby Charlton and George Best had done it in 1968.

The quest for the European Cup was destined to have a special place in the hearts of United fans from the day when so many of the great Busby Babes team of the 1950s died in the Munich Air Disaster during their attempt to become the first British team to win the trophy in 1958. Ferguson felt that mystique and knew he would not be fulfilled as a United manager until he won the Champions League.

United laid those ghosts to rest when they beat Bayern Munich in the Nou Camp in Barcelona in 1999 in the most dramatic finish to a match most of us had ever seen. Ferguson acknowledged it as his crowning achievement, despite everything else he went on to win later in his career. The emotions unleashed by the narrative arc of that triumph will be hard to equal, however long the game is played.

There was something mystical about it. That might sound impressionable but it was the greatest night in club football I have witnessed. That’s what Ferguson will be remembered for the most. That night in Barcelona and the gift it gave to all of us who were there, all who were watching anywhere. Winning so dramatically, never giving in, completing the Treble, winning with a team hewn from youth and the Class of 92, Ferguson saying ‘football, bloody hell’. Thinking football was a magical thing.

‘I think he put into his players and his staff a commitment to the cause that was beyond going to work or playing football,’ Gary Neville, one of the heroes of that night in Barcelona, said last week. ‘It was something far stronger. It was a siege mentality. It was like we were on an island and if you weren’t on the island, it was choppy waters around the island and it wasn’t easy to get to us and if anybody came near us that wasn’t a friendly, they would get seen off.

‘I had to get out towards the end because I felt I was protected in such a bubble that I needed to get off the island because it is ingrained into you. It has taken me ten to twelve years of understanding what the rest of life is like without Sir Alex Ferguson, what normal life is like.

‘So my Valencia experience, when I went into a dressing room as manager and realised that not everything is the same as it was under Sir Alex was a challenge. Or you face a challenge in your businesses or your projects and you recognise the job that he did. For every player who played under him, he has the ability to inform every day of your life.

‘You have always got this reference point. What would Sir Alex do? He wouldn’t give in, he would keep on working, he would demonstrate persistence, he would give young people belief and a chance, he would make sure he protected his team with his life and all these things that influence you every day of your life are through him.

‘For me, he had an ability to bring people along to a commitment to a cause that was beyond playing football. It was almost like we would die out on that pitch as a group of people for the club, for the team, for him, for each other.’

I went to interview him for the first time in the autumn of 1997 but when I arrived at The Cliff, United’s former training ground, shortly before 8am on a weekday morning, I was handed a telephone in reception. Sir Alex was on the other end of it, at home in bed with the flu and apologising to me for the inconvenience. He did not like breaking appointments, even with journalists.

He promised to rearrange and he was as good as his word. I sat in his office overlooking the training pitches, staring at the ‘Hacumfigovan’ sign sitting on his desk, which I had heard so much about. The interview was more like a lesson in social and economic history than a chat about United and their designs on rekindling European glories. I sat opposite him like that a couple of more times over the next few years. It was always an education and a privilege.

There were other exchanges that were a little more robust. In 2002, I asked him in a press conference in Lisbon whether he would resign if United lost to Benfica the next night and were eliminated from the Champions League at the group stage. Sir Alex turned to his assistant Carlos Queiroz, who was sitting next to him on the dais, and muttered: ‘We’ve got some right ing ps in here today.’

His broader answer was winning the Champions League again in 2008 and adding five more Premier League titles to his tally, conquering the new challenge presented to him by the arrival of Roman Abramovich and Sheikh Mansour, the super-rich owners of Chelsea and Manchester City respectively. Once Ferguson retired in 2013, United could hold back the tide no longer.

‘I think he is the greatest manager we have had,’ former prime minister and football fanatic, Gordon Brown, told me last week. ‘I never seen someone so focussed and so determined but also with such a wide range of interests and contacts that make him a very balanced individual. He has got both the focus, which was essential for winning week to week, and also this wide range of interests – American history, the coal mining industry, shipbuilding – which show he could have succeeded in any job he went to. He has a profound understanding of what makes people tick.’

Maybe that is the other thing that makes Ferguson stand out, the other thing that is his great legacy: he was not just a maker of footballers, he was a maker of men. Who else would be in his category. Vince Lombardi, perhaps, the legendary coach of the Green Bay Packers. Phil Jackson, too, the man who coached Michael Jordan’s Chicago Bulls and Kobe Bryant’s LA Lakers. Bob Paisley, who won three European Cups and six league titles with Liverpool. The baseball coaches, Casey Stengel and Joe McCarthy, who enjoyed great success with the New York Yankees.

At a time when we look at our political class and see such a lack of leadership, Ferguson’s qualities seem even more rare and valuable. He passed them on to others, too, and so now men like Neville, admired for having the courage to speak their minds and articulate the grievances of ordinary people, are in the forefront of those holding our political leaders to account for their failings.

‘I never heard a team talk in 25 years from Sir Alex where there wasn’t a reference towards working hard and being proud to work hard and referencing that back to your grandparents and how hard they worked or your parents,’ Neville said. ‘There were constant references to tap into how much harder could you work, how much more was there for you to tap into.

‘I played 602 times for Sir Alex and was probably on the bench and unused another 100 times. I was given a speech by a genius of a leader 700 times in my life. ‘Indoctrinated’ has a negative connotation but when you have been given those words, you become indoctrinated in hard work, never giving in, resilience, risk, expression, fight to the end, do anything you can to win, find a way. These were constant messages drummed into you every week, three or four times a week and you got to a point where you felt unbeatable.

‘Sir Alex will have had disciples but what he did and how he did it was so unique, I don’t see any comparison. I can see mini-Guardiolas and mini-Klopps and mini Sacchis but I don’t know how you try to copy Sir Alex Ferguson. You can’t. You think of some of the teams he was winning leagues with, they weren’t all star players.

It is worth glorying in all the memories of what Ferguson did while we still can and celebrating them when we get an excuse like his 80th birthday. Remember them and celebrate them because for so many of a certain age who love football, we can see even more clearly now that they were the days of our lives.