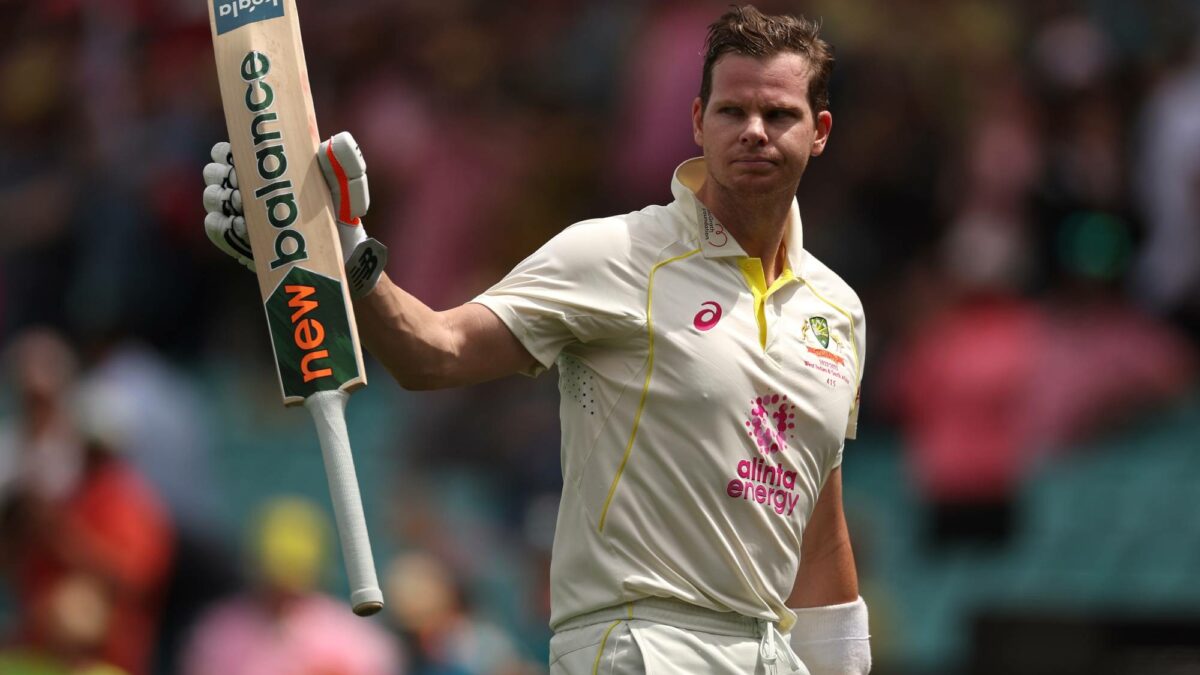 It is a debate that has been going almost as long as Australians have been crossing the world to experience damp wickets, warm beer and milky tea.

Steve Smith claims he doesn’t understand the debate in England around his county cricket stint, adamant his time with Sussex will make little difference to his Ashes campaign.

Smith has inked a short-term deal to play three matches for Sussex ahead of this year’s Ashes, a situation met with criticism from the likes of England captain Ben Stokes.

Included in Smith’s contract for May will be trips to Worcestershire and Leicestershire, as well as a home fixture against Australian teammate Marnus Labuschagne’s Glamorgan.

He could also find himself facing England pacer Ollie Robinson, who plays for Sussex, in the nets.

Another Sussex quick, Jofra Archer, who famously hit Smith in the helmet at Lord’s in the 2019 series, is due to be away playing in the IPL. Smith was Australia’s best player when they retained the Ashes in England in 2019, scoring 774 runs at an average of 110.57. 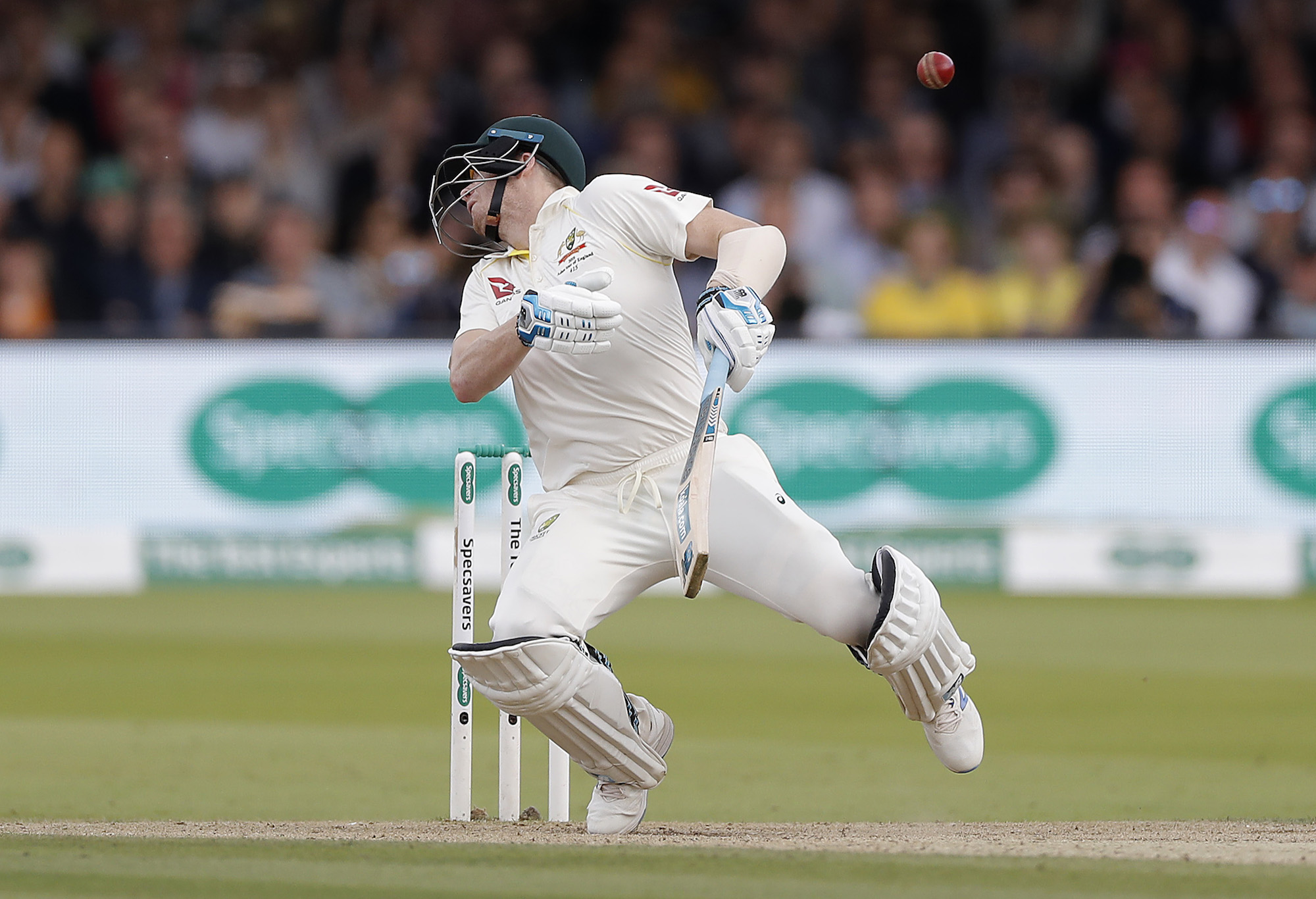 Steve Smith was struck on the neck by a venomous Jofra Archer bouncer at Lord’s in 2019. (Photo by Ryan Pierse/Getty Images)

But the 33-year-old is quick to point out that came off the back of white-ball cricket in the World Cup without any time in the county competition.

Asked if he could understand the debate in English cricket about why they should be helping Smith with an extra hit before the Ashes, the former captain said he could not.

“I have played a lot over there, I don’t think it is going to change too much,” Smith said.

“I am just going to play some cricket and have some fun. I don’t think it makes a real difference.”

“I was in contact with Paul Farbrace last night, the head of cricket at Sussex,” Smith said.

“They are excited to have me over for a few games and hopefully I can spend some time with some of their young batters and mentor them and share my experience with them.

“I’m looking forward to the next six months. India and the Ashes are the two biggest hurdles as an Australian cricketer.

“To have a little bit of a break after India and get some games in before the Ashes should be good fun.”

Smith’s preparations for England will be in contrast to next month’s tour of India.

Smith and other Australian players are featuring in the BBL and will enter the first Test in Nagpur on February 9 without an official warm-up match.

“The last time we went to India I am pretty sure we had a green top (for the warm-up game), which wasn’t the ideal preparation for that Test match we played (on a spinning wicket) in Pune,” Smith said.

“We know what we need to do to prepare. We have some time to work on things we want to work on in the nets and I am sure we will have centre-wickets and whatnot.”

Star Sydney Thunder opener David Warner insists his side can still make an impact on BBL finals after jumping into the top five with a win against the Melbourne Renegades on Thursday night.

A stylish 74 not out from Matthew Gilkes clinched the comfortable eight-wicket win for the Thunder, relatively untroubled chasing down the Renegades’ 9-142 with nine balls to spare.

The win moved the Thunder to fourth on the table with just two regular-season games left, while the third-placed Renegades will still likely need another win to punch their tickets to finals.

Warner, who’ll depart the team for Australia’s tour of India before the finals, said he’d seen enough to be convinced the Thunder wouldn’t just be making up the numbers.

He was full of praise for Gilkes, who hit eight fours and a six in his 55-ball innings. “The way Gilkesy took it on and (Alex Ross) Rossy came out and played his game was really, really good,” he said.

“Just to see Gilkesy go out there and finish it in a mature fashion was fantastic … from a batting perspective, we did really well and our bowlers were outstanding. There were a lot of false shots from the Renegades but we bowled well to make those and create those chances which was great.”

Rocchiccioli, who finished with 2-23, saw a fair degree of irony in the dropped catch coming off his bowling.

“Three months ago I dropped Peter Handscomb on 51, and he made 281 not out, so if anyone knows how it feels I do,” he told reporters.

“We’ve just got to keep looking at what we need to do better. Catches win matches, but at the end of the day … we’re all going to drop them, everyone drops them.”

It was Gilkes’ second half-century of the tournament, having hit 56 not out in December against the Brisbane Heat.

After winning the toss and batting, the Renegades posted 9-142 after Will Sutherland’s 41 off 22 balls saved them from a disastrous total.

Martin Guptill carved 30 off 27 and captain Aaron Finch chipped in with 22, but both failed to turn their starts into a big score as the Renegades struggled.

Spinner Usman Qadir (2-20) starred with two vital wickets, including the big scalp of Finch just as he looked set to get his side into the game.

Sutherland’s late fireworks that helped the Renegades take 26 off their final over were much-needed, after a nine-over stretch that included just two boundaries.

There’ll be some alarm bells ringing for the Renegades, having lost two of their last three games heading into finals with the win requiring a last-minute capitulation by the Melbourne Stars.

Young WA star Hardie a man for all formats

Hardie’s imperious form since being promoted to No.3 has been a key factor in Perth Scorchers making yet another run at the title.

The 24-year-old again starred in Wednesday night’s seven-wicket win over Hobart Hurricanes at Optus Stadium, plundering an unbeaten 90 off 62 balls as the Scorchers easily chased their target of 147.

Four-time champions Perth sit atop the BBL ladder with two games remaining and have lost just once at their home fortress.

Hardie has scored four half-centuries since being elevated to first-drop to replace the injured Mitch Marsh, who noted during the Fox Cricket broadcast he might have to consider handing over the No.3 slot for good.

The young gun has shown an ability to adapt his game across formats, having scored a remarkable 174 not out in last season’s drawn Sheffield Shield final to secure WA the title. All-time great Ponting floated Hardie as a bolter for the Sydney Test against South Africa, and the towering right-hander who averages 45 with the bat in first-class cricket seems destined for higher honours.

That could include the IPL, with fellow West Australian fast-bowling allrounder Cameron Green recently sold at auction for $3.15 million – a record price for an Australian player.

Hardie did not nominate this season and is believed to be considering a return to county cricket which could place him in the sights of national selectors ahead of the Ashes series.

“Obviously if you put a number like that on the end of it, it’s silly to say no. I don’t really want to pigeonhole myself into any sort of format. Just being able to contribute in all the games possible.

“That all-rounder role takes its toll on the body in four-day cricket but I also love that challenge … I’m enjoying playing all three while I can.”

Hardie has not bowled in the BBL since straining his groin earlier this season but said he was ready if needed, although that may be unlikely given the Scorchers’ enviable depth.

Speedster Lance Morris snared 2-21 against the Hurricanes after being named in Australia’s squad to tour India next month.

Fellow quick Jhye Richardson is expected to return from a hamstring injury in time for the finals.