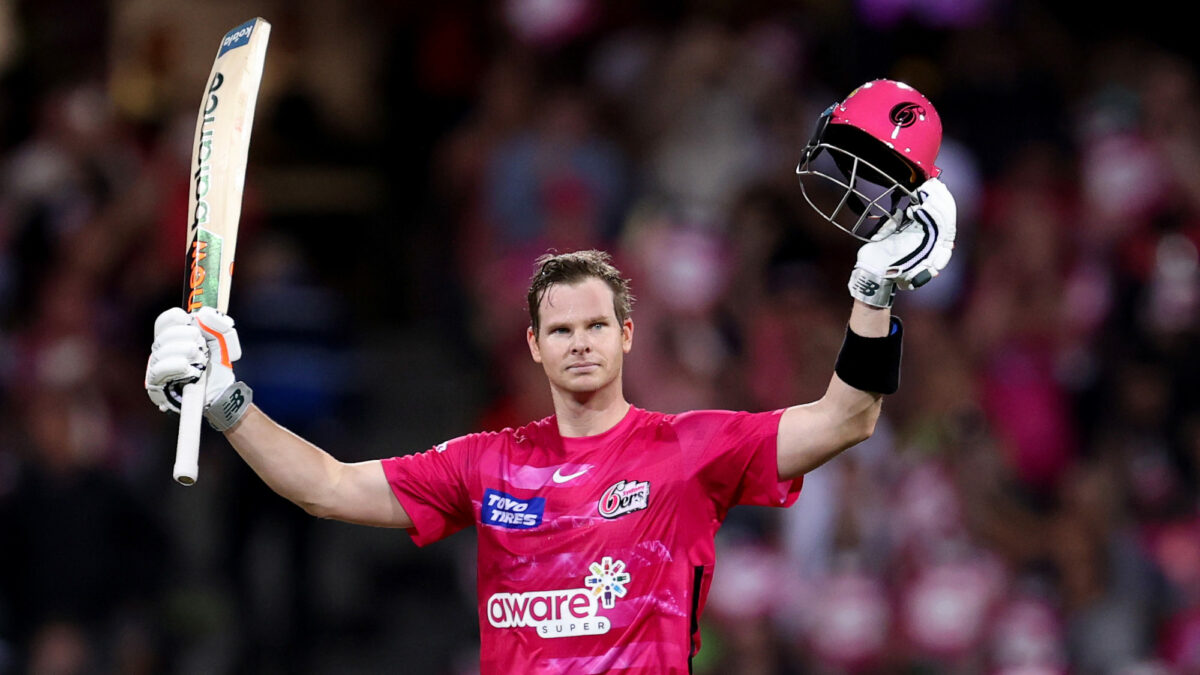 Sydney Sixers marquee man Steve Smith has registered the highest score of his professional Twenty20 career and claimed bragging rights over David Warner in a 125-run thrashing of the Sydney Thunder.

A crowd of 38,757 turned out to see the BBL’s two superstar recruits tussle in the competition for the first time since December 2013, in a match cut down to 19 overs apiece due to rain.

After the Sixers won the toss, Smith continued his blistering form with the bat.

With his unbeaten 125, Smith scored more than double the amount accrued by the entire Thunder team (62); the rest of his teammates, extras included, managed 62 of the Sixers’ total of 2-187 as well.

The Thunder struggled for answers in the face of Sixers spinner Steve O’Keefe, who posted BBL career-best figures of 4-10.

The furious innings may have come at a cost though, with Smith appearing hobbled in the field later in the evening and telling Fox Cricket he had been suffering from back spasms.

Smith’s performance outdid the 101 he scored against the Adelaide Strikers on Tuesday and was the fifth-highest innings in the BBL’s history.

His two knocks this week are the only centuries ever recorded by a male Sixer.

Warner fell well short of the challenge set by his international teammate, managing just 16 runs from 23 balls as the Thunder collapsed under the weight of the Sixers’ score.

While Smith’s back-to-back centuries have vindicated Cricket Australia’s decision to fork out extra cash to bring him back to the BBL, Warner has struggled to get his T20 summer going.

He smacked Australian international allrounder Daniel Sams for six on four occasions, including one that sailed into the second level of the SCG grandstand.

Joel Davies and Gurinder Sandhu were each hit for six twice as Smith finished with nine maximums among his 14 boundaries.

In 238 games of T20, Smith had posted a century once prior to this week but is now the second man in tournament history to score a ton in back-to-back innings.

He has a batting average of 131 this BBL summer. 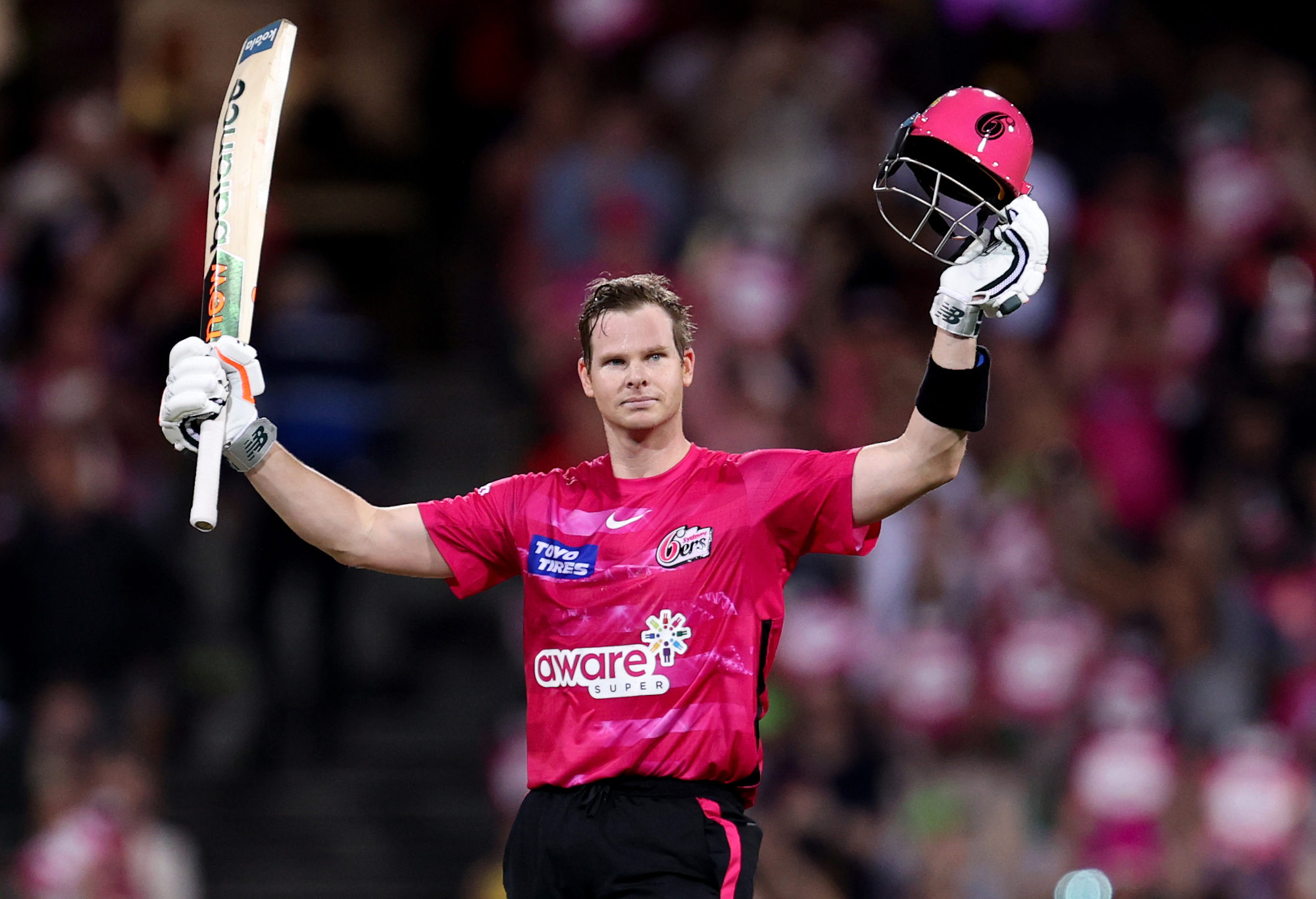 The knock helped the Sixers recover from the early losses of Josh Philippe (10) and Kurtis Patterson (2), both of whom went in the same Sandhu (2-42) over.

They were to be the only wickets lost as Smith and Moises Henriques (45no) forged a 155-run partnership – the largest in the current edition of the tournament.

Even without Test spinner Nathan Lyon, who again missed out with knee soreness, the Sixers bowlers had the visitors covered.

By the drinks break, the Thunder had more batters back in the dugout (four) than boundaries on the scoreboard (three).

Warner tried to steady the ship as batters fell around him but was dispatched on the first delivery after drinks, thrashing an O’Keefe short ball high to deep midwicket where he was caught by Jordan Silk.

When O’Keefe bowled Sams later in the same over, the Thunder fell to 6-40 and were out of the game.