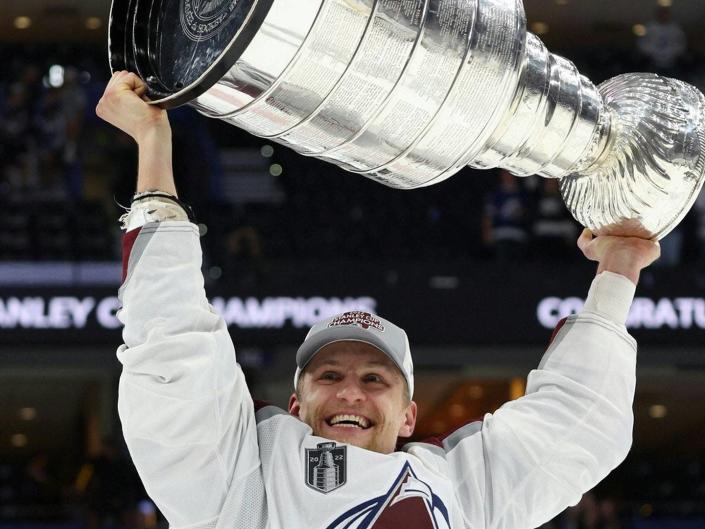 NHL professional Nico Sturm could play for the German national ice hockey team (DEB) after his Stanley Cup triumph with the Colorado Avalanche. “If there’s a chance, he wants to play for us too. He wants to experience that,” said national coach Toni Söderholm in an interview with Sport1.

At the same time, Söderholm regretted that Sturm had not been able to play for the DEB team so far. However, the Finn was confident that the 27-year-old would play for the 2018 Olympic silver medalist in the future.

In order to develop further, Sturm should get more playing time – whether in Colorado or elsewhere. “I think you’re always right when you celebrate such a success. Eiszeit would probably be important for your own development. Every player also wants to score,” said the 44-year-old.

First, Sturm should enjoy the final success. “It’s so unique that you touch the trophy with your fingers. Very few people know that feeling,” said the national coach. The victory was also “super important for ice hockey Germany”.