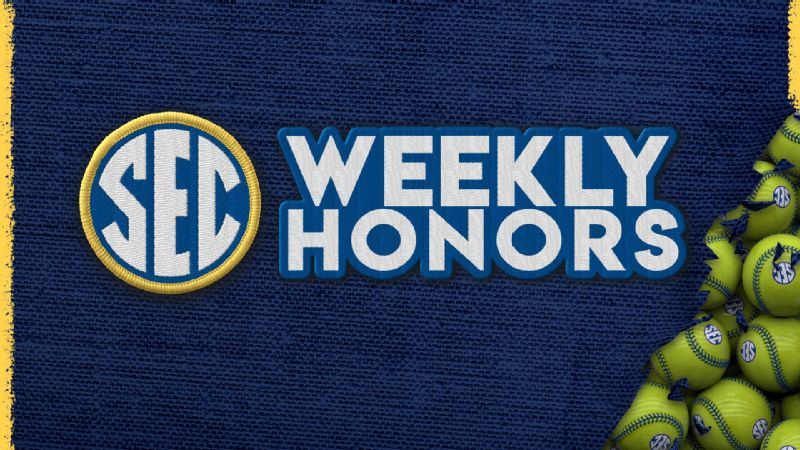 SEC Player of the Week – Missouri’s Kimberly Wert, a fifth-year senior infielder/designated player from Melfa, Va., batted .538 with seven hits and four RBI. In the series sweep over South Carolina, Wert went 6-for-9 and drove in the go-ahead run in the first inning of each game of the series. With her solo home run in the first game against the Gamecocks, she became Mizzou’s all-time home run leader and moved to ninth place in the school’s RBI list.

SEC Pitcher of the Week – Alabama’s Lexi Kilfoyl, a junior right-hander from Land O’ Lakes, Fla., went 2-0 over three appearances against No. 15/18 Georgia, including the sixth perfect game in program history on Monday night to clinch the weekend series against the Bulldogs. Kilfoyl struck out a season-high eight batters on Sunday before bettering that mark with 10 on Monday. She held Georgia to a .167 batting average over 13.2 innings pitched.

SEC Freshman of the Week – Texas A&M’s Katie Dack, a utility player from Parker, Colo., led the Aggies with her .667 batting average in the three wins over Abilene Christian this past weekend. Dack recorded a career-high three hits while scoring three runs in the series opener. She then drew a career-high three walks on Saturday. For the week, Dack registered four hits, five runs scored, four RBI and four walks.