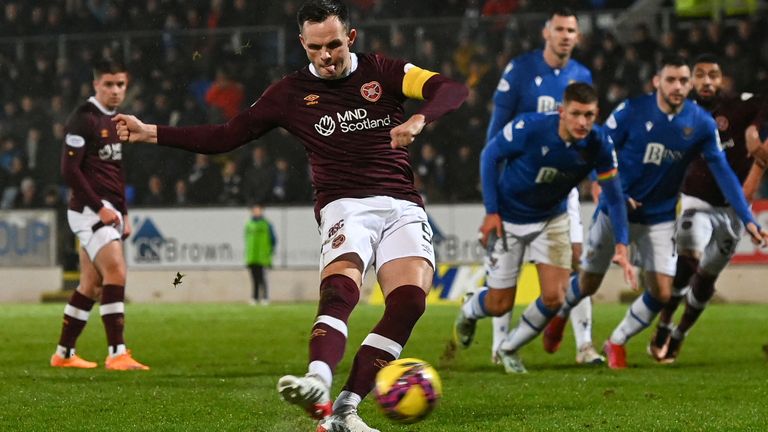 Stand-in captain Lawrence Shankland scored his 16th goal of the season as Hearts secured their first away league win over St Johnstone in 12 years to move three points clear in third place in the cinch Premiership.

The striker wore the armband in the absence of injured goalkeeper Craig Gordon and opened the scoring with a penalty before further strikes from Alan Forrest and substitute Barrie McKay secured a 3-2 victory in Perth.

Saints boss Callum Davidson made two changes to the side that lost 4-1 at Celtic Park last Saturday as Ali Crawford and Adam Montgomery replaced Daniel Phillips and James Brown.

The Jambos made four alterations to the team that started the 2-2 draw at Dundee United on Christmas Eve as injured trio Gordon, Craig Halkett and Stephen Kingsley missed out while McKay dropped to the bench. Zander Clark, Toby Sibbick, Forrest and Jorge Grant all came in.

Hearts started strongly and almost went ahead early on when Grant hit the post from close range after Shankland’s shot had been parried into his path by goalkeeper Remi Matthews.

The visitors were dominant in the early period and deservedly went ahead after 14 minutes when Shankland fired home from the penalty spot after VAR deemed that Ryan McGowan had handled the ball while trying to block a Grant flick-on from Josh Ginnelly’s cross.

Saints suffered another blow in the 25th minute when Melker Hallberg was forced off through injury and replaced by Alex Mitchell.

The substitute had to make an important block on the half hour mark to deflect a Ginnelly shot from the edge of the box over the crossbar.

Hearts doubled their lead in the 33rd minute when Forrest was teed up by Andy Halliday and curled a lovely finish beyond Matthews from 15 yards.

Saints started to come to life and Stevie May fired over from the edge of the box after being fed by Drey Wright in the 35th minute.

Four minutes later, the hosts were given a chance to pull one back when they were awarded a penalty after VAR deemed that Cammy Devlin had handled, but Graham Carey blazed his spot-kick over.

Saints threatened again three minutes before the break when Crawford’s deflected shot almost caught out Clark as it looped up in the air and came down onto the keeper’s right-hand post.

The Perth men got themselves back into the game in the 55th minute when May tucked away a penalty after he was tugged in the box by Robert Snodgrass.

Hearts restored their two-goal advantage in the 64th minute when McKay – who had come on as a substitute just seconds earlier – produced a lovely piece of skill before firing a superb low strike beyond Matthews from 25 yards.

But Saints made the visitors sweat when substitute Jamie Murphy pulled another goal back with a sumptuous strike from just inside the box in the 79th minute. 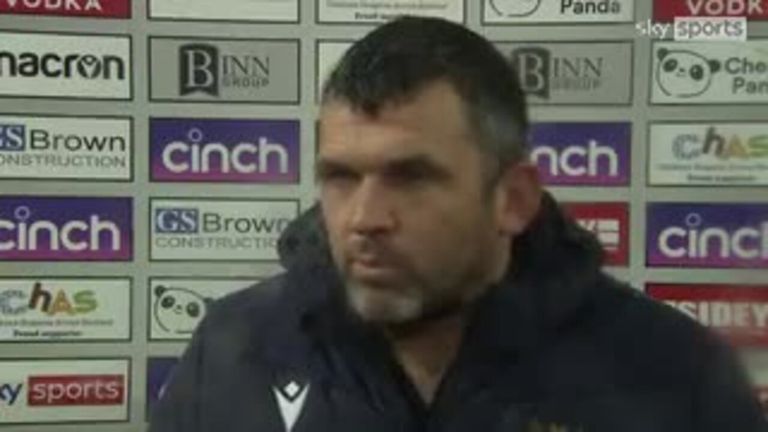 St Johnstone manager Callum Davidson is frustrated by some VAR decisions in the Scottish Premiership after his side narrowly lost to Hearts.

“First 25 or 30 minutes I wasn’t happy with out performance. I don’t think we started well at all; against a team like Hearts if you give them a head start you know it’s going to be a really difficult game for you. After that I thought we played really well. We tried to do the right things and get into the game but ultimately it was too little too late.

“I think we’re giving away too many penalties just now, it means the passage of play’s not really affecting the outcome of the game. For me the handball decision’s really difficult for referees, and I didn’t even see the other one either so I was a little bit surprised when we got our penalty as well.” 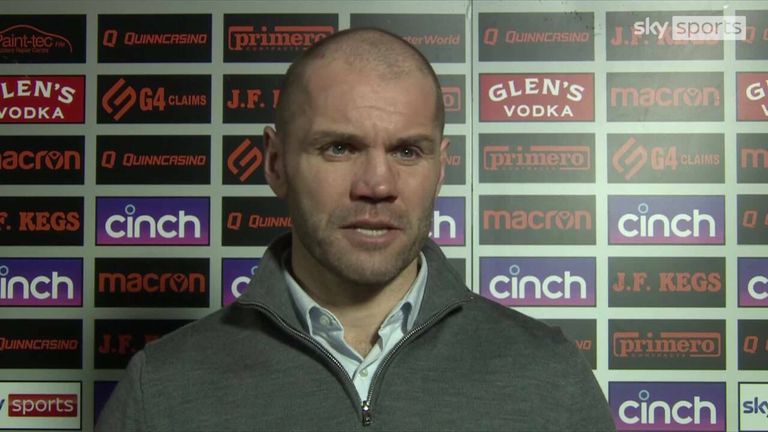 Hearts manager Robbie Nielson has described some of the decisions made by the officials in their 2-2 draw with Dundee United as ‘worrying’.

“I thought we played really well in the first half. Scored a couple of goals and looked really comfortable.

“That first goal for St Johnstone changed the game a wee bit and I felt we stopped doing the things that were getting us success in the first half. That was disappointing but look it’s been a long time since we won up here. It’s been a difficult place for us to come historically so to get the three points is huge.”

St Johnstone return to Scottish Premiership action on 2 January at home to Dundee United while Hearts host Hibs in the Edinburgh derby.

Both games kick off at 3pm.