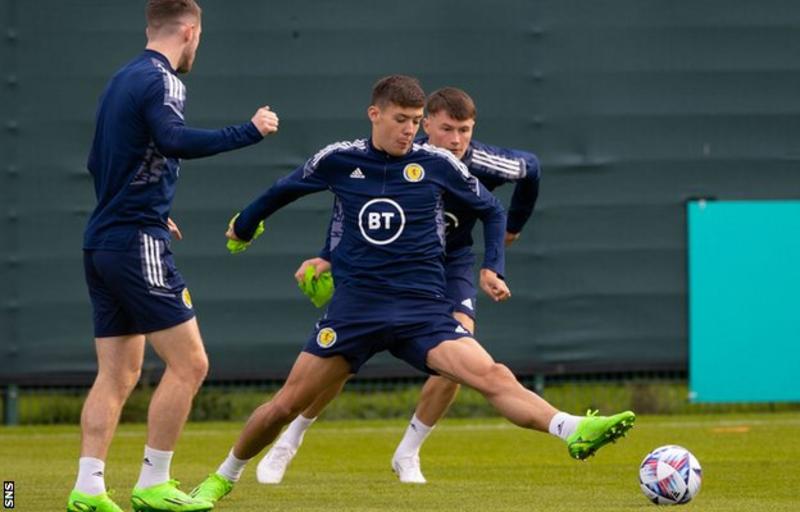 The Scots were knocked out of the World Cup play-offs by Wednesday’s visitors.

But Clarke thinks it will not have the “same edge” as when Ukraine arrived so soon after Russia’s invasion and won 3-1 at an emotional Hampden Park.

“That one in June was pretty unique – the circumstances leading into it,” Scotland’s head coach said.

“It will be slightly different but still a big game. Yes, they will be fired up, they are a good team, they want to top the section and get promotion to the A group of the Nations League, but so do we.”

Scotland sit second in Group B1, a point behind Ukraine, after a 3-0 loss away to the Republic of Ireland sandwiched between home and away wins over Armenia at the tail end of last season.

“I am sure Ukraine will play to the same level, but what I’m looking for from our team is that we get back to the level that we can be and then we’ll see what the result is,” Clarke said.

“I just feel that, in the summer, we stalled a little bit and we want to start that forward momentum again.”

Oleksandr Petrakov’s visitors went on to lose their World Cup play-off final in Wales but arrive unbeaten in the Nations League having beaten the Republic in Dublin and Armenia at home before the Irish held them to a draw in their temporary home of Poland.

Clarke says he has been working on ways to combat “a very good team, very comfortable on the ball, good in possession and who showed they can play on the counter attack as well”.

These are crucial times for both teams as they chase top spot in this Nations League section.

The good news for Scotland is that Arsenal’s Oleksandr Zinchenko, outstanding in the World Cup play-off encounter in Glasgow, misses out through injury. He was tormentor in chief on a night Ukraine were streets ahead of their beleaguered and well below-par hosts in every department.

However, the other nine outfield players from the starting 11 are back in Glasgow for this one.

Technically, the Ukrainians were as good as any national team that has played the Scots at Hampden Park in the last decade or so, even if Clarke’s men were well off the pace.

The other scorers at Hampden were strikers Roman Yaremchuk and substitute Artem Dovbyk who are fighting to lead the line.

Clarke will be able to take some solace from the fact that Wales went onto beat the Ukrainians in the play-off final while Ireland managed a point in Poland against them, so a positive outcome is achievable.

The latter of those results is one that has reignited Scottish hopes for a triple-header that should not be underestimated with the Euro 2024 qualifying draw just over a fortnight away.

Promotion to Nations League A is almost of secondary importance to the slot in the European Championship play-offs that is guaranteed for the group winner alongside a place in pot two for the draw in Frankfurt.

Ukraine are currently in pole-position for those prizes.

Team news
Clarke’s options in defence have been severely reduced after Norwich City’s Grant Hanley dropped out of a squad already shorn of fellow centre-backs John Souttar and Liam Cooper, as well as captain Andy Robertson.

Celtic’s Greg Taylor and Brentford’s Aaron Hickey will compete for the left wing-back role in the Liverpool man’s absence.

Ukraine will be without the influential Oleksandr Zinchenko, the Arsenal left-back/midfielder having picked up a calf injury in training.

What they said
Scotland midfielder Stuart Armstrong: “We acknowledged the previous game wasn’t good enough and where things went wrong – to have a second go always helps. There is definitely a level of hurt there from the last time and we obviously knew what was at stake and the disappointment following that.

“We know they are difficult opponent – we know that from last time – but equally we know our own capabilities and the results we’ve had in the past can show we are also a very good team.”

Match stats
Scotland have lost two of their three matches against Ukraine, including a 3-1 home defeat in June in a World Cup qualifying play-off, and winning once.
Ukraine have scored six goals in their three matches against Scotland, netting in every game. This will be their first meeting in the Nations League.
Scotland have only lost one of their last 14 home games in all competitions – against Ukraine in June – and winning nine.
Ukraine have won seven of their 12 Nations League matches, losing four, failing to score in only one of those games – a 4-0 defeat to Spain in September 2020.
Scotland are yet to lose at home in the Nations League (W5 D1), with only Germany and Italy (7 each) playing more often at home without losing in the competition.
Since losing 4-0 to England in July 2021, Ukraine have lost just one of their 12 matches (W5 D6) – a 1-0 defeat to Wales in June in a World Cup play-off, the only time they’ve failed to score in that run.
After not scoring or assisting in his first 14 Scotland appearances, Aston Villa midfielder John McGinn has been involved in 19 goals in 34 matches under Steve Clarke (13 goals, six assists), 11 more than any other player in that time.
Stuart Armstrong has been involved in four goals in his last three appearances for Scotland (two goals, two assists), one more than in the Southampton midfielder’s previous 30 matches for his national side (one goal, two assists).