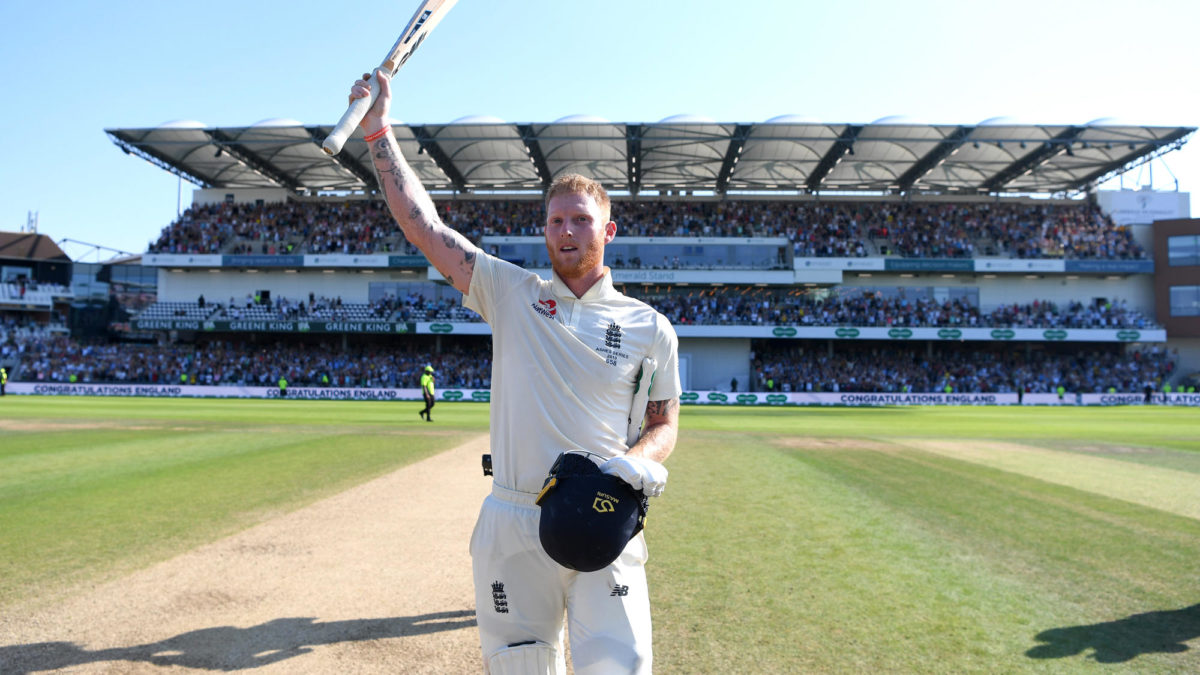 Former England captain Nasser Hussain says the tourists can’t risk a slow start to the Ashes next week and need to throw Ben Stokes straight into the fray. Meanwhile, Marnus Labuschagne talks about his cricket ‘obsession’, and Warnie’s at it again, with Nathan Lyon in the cross hairs, in this edition of Ashes Scout.

Nasser Hussain knows full well the perils of failing to land a blow in the opening Ashes Test at the Gabba.

In 2002 Hussain won the toss as England captain and sent Australia in to bat, now widely acknowledged as one of the worst ever decisions at a toss.

Hussain, now a columnist for the Daily Mail, has urged England to fast track Stokes back into the team at No.6 to avoid a slow start to the series, although his playing time has been hampered by injury and stress related issues.

“There is no question that England must look after Ben Stokes during this Ashes, but as long as he comes through his mental and physical tests, he must play at the Gabba next week,” wrote Hussain on Friday.

“An away Ashes is more demanding than anything else in cricket because of the conditions, opposition, crowds and travel. And Covid restrictions have added an extra element. If you are not fully up for the fight, Australia is not the place to be.

“Coach Chris Silverwood and England director Ashley Giles have said they will not rush Ben back. That is the right approach. They have to show a duty of care to someone who has not played since July because of his broken finger and to protect his mental wellbeing.”

But Hussain said Stokes was from the mould of players who have succeeded against Australia – “Ian Botham, Kevin Pietersen, Andrew Flintoff and, lest we forget, Stokes himself so famously at Headingley in the last Ashes.

“They never took a backward step. So Joe Root will be desperate to have Stokes in his side at the Gabba.

“Root will have Jos Buttler one side of him and on the other he will want his talismanic figure, the man who will constantly be urging him to take the aggressive option. That man is Stokes.”

Hussain said England’s attitude changes when Stokes is around.

“It’s hard to imagine Root not going for that run chase against New Zealand at Lord’s last summer if Ben had been there. I’m sure Stokes would have been saying, ‘Come on skip, let’s at least have a look at this’.

“I would bat Stokes at six at the Gabba. I always find it a little odd for batters to come in after an all-rounder, so the time has come for Ollie Pope or Jonny Bairstow to bat at five followed by Stokes and then Buttler.”

Hussain said the lack of matches, and training time because of Brisbane’s shocking weather, makes Stokes instant inclusion less than ideal, but a risk they must take.

He said they do, however, need to carefully manage his bowling load.

“So much of batting is a mental challenge, but bowling is very much a physical one and we know Ben won’t ease himself into the workload. The last thing we need is for him to be going into his 15th over of the day at the Gabba and his body snapping.”

He said Australia would get an instant boost if Stokes’ name was missing from the team sheet.

“If I were Pat Cummins and was handed the England team sheet ahead of the toss in Brisbane, I would be looking straight away for the name Ben Stokes. If it wasn’t there, I would be delighted,” Hussain wrote.

“It’s not easy to switch on and off with the pressures around an Ashes tour. And with all the restrictions and the new Covid variant creating worries about lockdowns down the line, this tour will not be much fun.

“But if anyone can put in a superhuman effort for England and score the weight of first-innings runs that will be crucial if they are to have a platform to win Test matches in Australia — that man is Stokes. A score of 300 may be enough to win a Test in England with the Duke’s ball, but in Australia with the Kookaburra it has to be 400-450 minimum.

“I wouldn’t put it past Stokes to have a fantastic series.”

‘I got a bit obsessive’

Australian batsman Marnus Labuschagne has admitted his love of cricket has gone too far in the past.

He topld the UK Telegraph he was too eager to take in every piece of information sent his way.

“You have to have that balance between choosing and picking information that’s right for you,” said Labuschagne.

“If you don’t do that, you’re just going to become a big mixture of everything right? 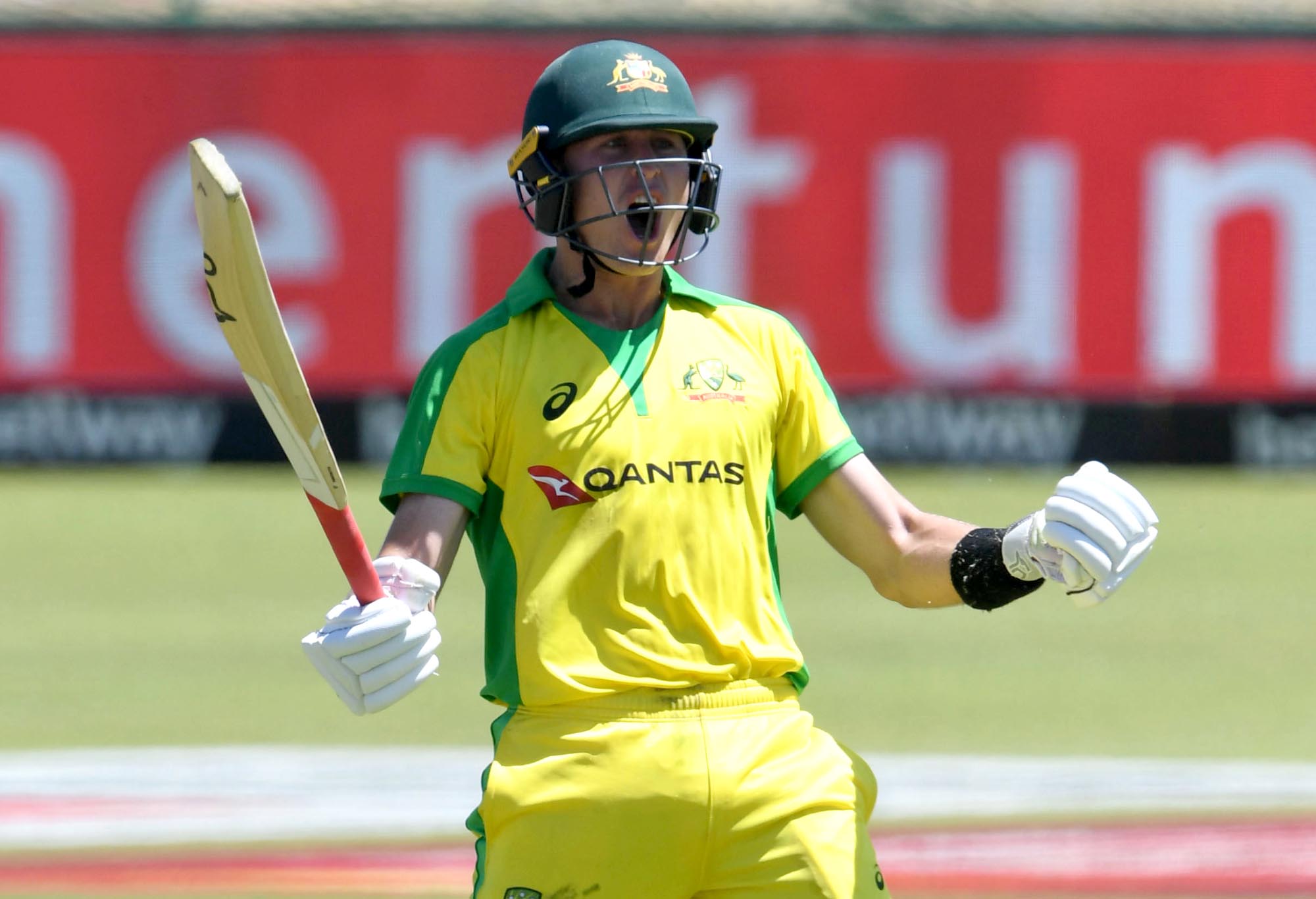 “You’ve just got to be very precise with the information you’re getting and make sure that you’re using it and able to add that to your game if that’s what you feel is necessary.

“I think I just got a bit obsessive, trying to be the perfect batter. And I think that’s what sort of held me back in some sense, earlier in my career.”

Labuschagne said a talk with his coach Neil D’Costa – a driver behind Michael Clarke early in ‘Pup’s’ career, got him on track.

“One thing that always stayed with me was Neil D’Costa in 2019.

“He just said to me, ‘look mate, we’ve worked on your technique for years and trying to put it all together, but nothing else matters now, now it’s runs. The only thing that matters is scoring runs. How you do it – no one cares right?’

“That’s something that’s quite obvious, but it was more that mental change from trying to be the perfect batter to really transferring. It doesn’t matter how I look or what I need to do. I just need to find a way to score runs in all conditions. Doing that in your own way was something that I definitely learned.”

Warnie turns focus to the GOAT

Frosty times in Spin City, as Shane Warne has turned his admirable honesty to the form of GOAT Nathan Lyon.

Warne believes Lyon needs to show more against England as he hones in on 400 test scalps.

“If he’s doing really well and they’re dropping catches and he’s not having much luck, then he keeps playing,” Warne told The Age at the launch of Fox Cricket’s Ashes coverage on Thursday.

“But if he bowls like he did last summer and bowls poorly, then you’ve got to make the change pretty quickly.”

Meanwhile former selection chief Trevor Hohns has pushed for Mitchell Swepson, first picked in a Test squad by him in 2017, get a run at Test level.

“He has worked and worked on his bowling and his action, grooving his action to get to where he is today, and he deserves anything that comes his way because of his hard work,” Hohns said.

“He had a wonderful season for Queensland last year, and he’s at the stage where in my mind he’s ready for international cricket and a great backup for Nathan Lyon if anything was to happen to Nathan.”

Haddin opts for Ussie over Head

Former Australian vice-captain Brad Haddin says Usman Khawaja will bat at No.5 in Brisbane ahead of Travis Head.

Khawaja and Head are vying for the one position in Australia’s middle order and both have been in strong form.

“I can’t see them picking Usman Khawaja in the squad and not playing him in the Test,” Haddin said.

“I see no reason why you’d have a 34-year-old in the squad if you are not going to play him. He’s been in good form. I know it’s tough on Travis Head. He will get his time playing for Australia.

“I think someone like Khawaja, he’s experienced and pretty chilled with where he’s at as a cricketer and person.

“He’s been leading Queensland to very attractive cricket over the last couple of years and batting at four scoring runs. He has a good understanding with Steven Smith and Marnus Labuschagne. I don’t mind that experience.”

“I think what’s happened in both camps, a lot of the issues are personal and cricket is played best when that sort of stuff is left to the side and we let the skills do the talking,” Woakes told reporters.

“But in my experience, playing in three Ashes series, it’s not overstepped the line once when I’ve been around. I’m sure the cricket will be hard fought, as it always is, and will be good to watch.”

Australia not a ‘dominant force’

England paceman James Anderson says Australia is not the “dominant force” it once was on home ground.

“We believe we have got a group of players who can win,” he told the BBC’s Project Ashes podcast.

“I’m not just saying that. Quite often you do say that because you have to be positive, but we do genuinely believe we can win out here.”

That is despite history being against England in the opening Test in Brisbane, which begins in just under a week.