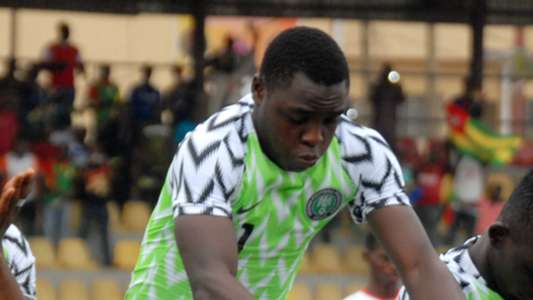 Nigeria international Ibrahim Sunusi came off the bench in the 78th minute to score and inspire CF Montreal to a 4-2 Major League Soccer win over Orlando City at the Exploria Stadium in Florida on Thursday.

It was a game that also saw the hosts see two red cards – Nani was sent off after two bookable offences in the 28th and 35th minute while Andreas Perea who given his marching orders with seven minutes to go and his team had to finish the game with nine men.

In the 37th minute, the provider turned scorer as he converted a Djordje Mihailovic pass in the danger zone to double the advantage.

Two minutes later, Kenya international Victor Mugubi Wanyama was yellow-carded after breaking down an attack from their hosts.

Despite being a man down, Orlando pulled a goal back in the 40th minute courtesy of Robin Jansson.

The first half whistle sounded with Montreal having an advantage but it would have been more if they took the numerous chances they created.

In the 63rd minute, the Lions pulled level when Ruan tapped in an Emmanuel Mas pass after a swift attack.

With Montreal looking for another goal, Wanyama was substituted in the 69th minute, with Ahmed Hamdi taking his place. Finland international Lassi Lappalainen was also introduced in place of Joaquin Torres.

The Fin made an impact 10 minutes later when he scored from a Quioto pass. The latter was having a good game and the Lions struggled to contain him.

It was a relief for them when he was eventually substituted for the West African teenager. The latter took two minutes to seal the win for his team with their fourth strike.

The win took Montreal to sixth position with 34 points from 24 matches. They have won nine, drew seven, and lost eight. Despite the loss, Orlando City remain third with four points more.

They have won 10 matches, drawn eight, and lost six.