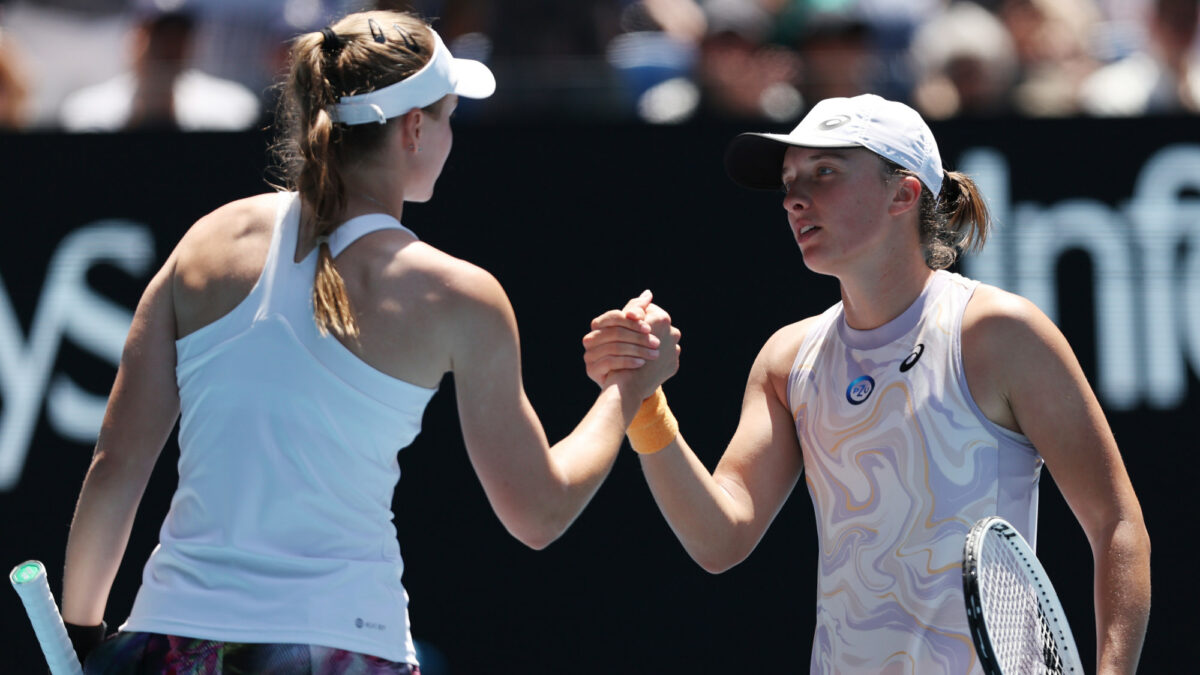 Wimbledon champion Elena Rybakina has ousted world No.1 Iga Swiatek from the Australian Open with a stunning fourth-round victory at Rod Laver Arena.

Swiatek was the hot favourite to claim her first Melbourne Park title and fourth grand slam crown but had no answers to the big-serving 22nd seed Rybakina, who triumphed 6-4 6-4 on Sunday.

The Russian-born Kazakh had never gone further than the Open’s third round before this year but showed impressive poise when it mattered, including winning the second set after trailing 3-0.

“It was a really tough match and I really respect Iga because of the streak she had at the grand slams,” Rybakina said.

“She’s a young player and she plays really well.

“Today I was serving really good, just struggling on one side but I think in the important moments I played really well so it made a big difference.

“I’m nervous every time I go on the court, like everybody. But I’m calm always.

“It’s a big win and I’m just happy to get to another round.”

Rybakina, who won 80 per cent of her first-serve points, will face either No.7 seed Coco Gauff or No.17 seed Jelena Ostapenko in her quarter-final on Tuesday.

The 23-year-old got off to the perfect start when she broke Swiatek’s serve in the first game.

She teed up three set points and coolly dispatched an ace to claim the opening set.

Swiatek fought back immediately in the second set, breaking Rybakina to race out to a 3-0 lead.

But Rybakina wouldn’t go away and was able to get the set back on serve.

She earned three break points at 4-4 and converted the third, before coolly serving out the match.

It is the third time Swiatek, last year’s semi-finalist, has departed Melbourne Park in the fourth round.