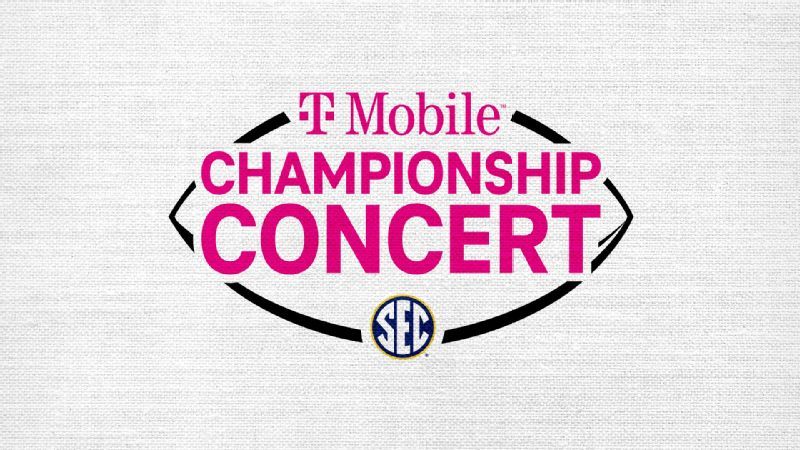 BELLEVUE, Wash. (December 1, 2021) — Who’s got game? Female athletes! As an official sponsor of the SEC, T-Mobile (NASDAQ: TMUS) wants to help the entire SEC community thrive. T-Mobile also recognizes the importance of women’s sports and the role that youth sports can have on allowing female athletes to one day compete at the highest levels like the SEC. The Un-carrier is proud to announce a $50,000 donation to each of the SEC’s 14 universities – totaling $700,000 – supporting the advancement of women’s athletic programs.

Every SEC university has different needs, so each will be able to identify where the money will have the most impact, but everyone has the same goals – increasing the visibility of the women who compete today and supporting youth-focused programming in their local community to keep more girls in the game. Because when more girls can play, everyone wins.

Free and open to everyone, no ticket is required, and T-Mobile, Metro by T-Mobile and Sprint customers and their guests can score special front-of-the-stage access in the T-Mobile Magenta Zone, complimentary phone charging, limited-addition Chris Young swag, and a beverage on us, just by showing their phone. (Capacity is limited so get there early!) For fans who can’t make it to Atlanta for the show, T-Mobile will host a worldwide livestream broadcast of the T-Mobile SEC Championship Concert beginning at 7 p.m. EST on Chris Young’s YouTube and Facebook channels, watch HERE.

Official Wireless Provider of the SEC

T-Mobile’s donation to women’s athletics at the SEC builds on the sponsorship the Un-carrier launched earlier this year with the SEC to be the “Official Wireless Provider of the SEC.” As part of this multi-year relationship, T-Mobile is the sponsor of the SEC Softball Tournament; SEC Saturday Night, SEC Network’s primetime college football franchise; and all

regular-season games televised by SEC Network. In addition, T-Mobile is strengthening its commitment to the SEC with official multi-year partnerships with University of Alabama, University of Florida, University of Georgia and Texas A&M University, all represented by Learfield.

“It is exciting to see T-Mobile’s commitment to women’s sports across the SEC through their support of the SEC Softball Tournament and now with this generous contribution to support women’s athletics in all 14 of our athletics departments,” said SEC Commissioner Greg Sankey. “Next year is the 50th anniversary of Title IX, which paved the way forward for progress toward opportunities in sports for women, and the SEC looks forward to working with T-Mobile to elevate stories and create conversations about the importance and value of women’s college athletics.”

In addition to the presenting a check for $700,000 to women’s sports at the T-Mobile SEC Championship Concert, T-Mobile will announce the second group of recipients of T-Mobile Hometown Grants.

Earlier this year T-Mobile unveiled a massive pledge to bring 5G to rural America and support the people and businesses who help local communities thrive and grow. That pledge included a plan to hire 7,500 new employees in small towns and provide $25 million in grants for community development projects. In September, the Un-carrier revealed that Woodstock, Illinois, is the first Hometown Techover winner, worth $3 million for technology upgrade to transform it into a national model for 5G speed and power for small towns everywhere.

In September, T-Mobile also announced the first batch of 25 T-Mobile Hometown Grants, which were created to help small towns jumpstart stalled community development projects and kick off new ones. Hometown Grants are designed to re-energize towns across the country and build on the strengths that make them great places to live and work. T-Mobile awards new Hometown Grants every quarter – towns around America with populations of fewer than 50,000 people are encouraged to apply. For full details on how to submit a proposal for Hometown Grants, visit https://www.t-mobile.com/brand/hometown-grants.