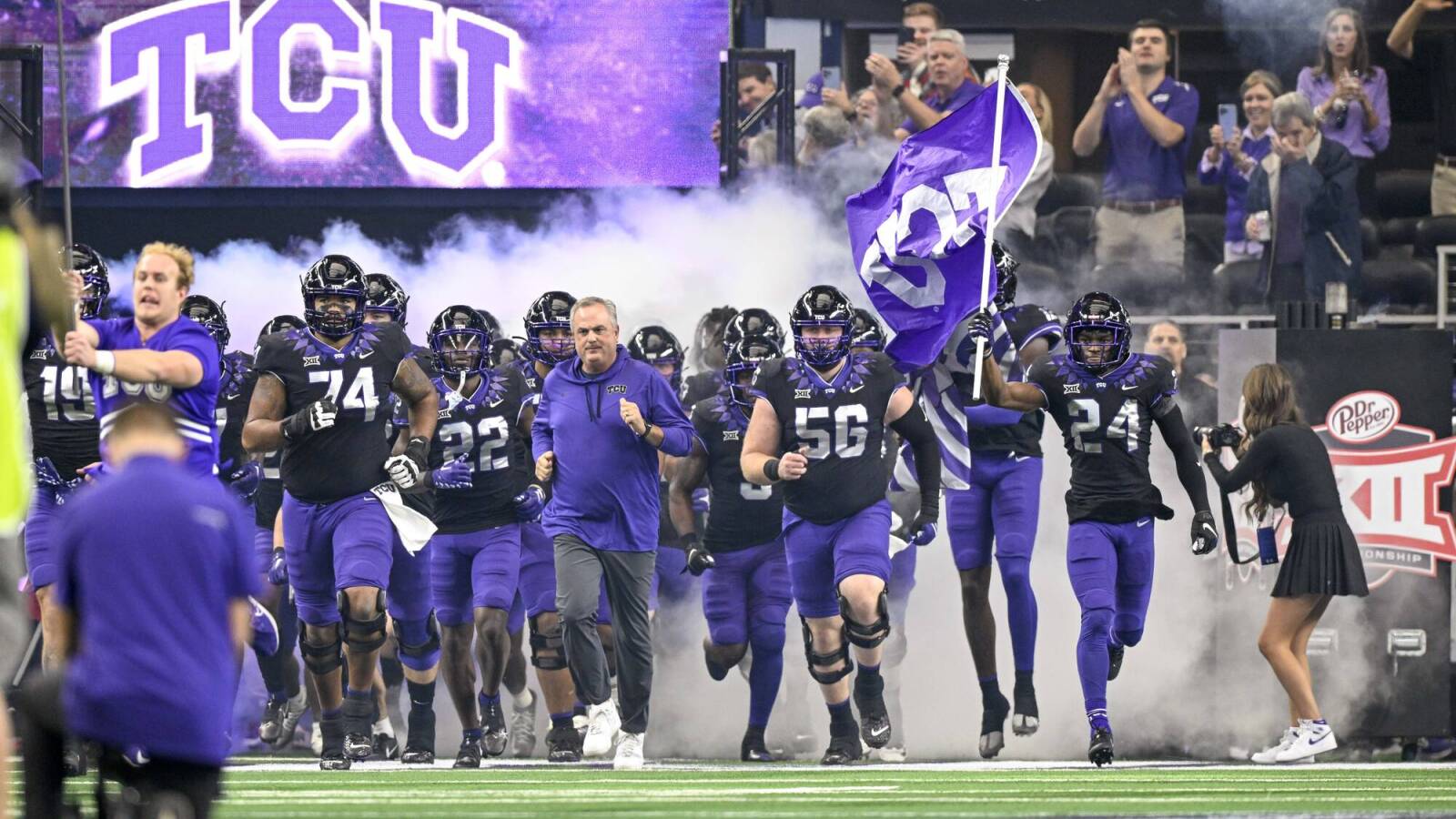 The 12-1 and No. 4-ranked TCU Horned Frogs are certainly underdogs as they look ahead to a College Football Playoff semifinal matchup with the undefeated and No. 2-ranked Michigan Wolverines.

Michigan is, well, Michigan. Jim Harbaugh is one of the more famous coaches not just in college football, but in sports in general. The Wolverines are a blue-chip program with a national, if not global fanbase.

While TCU has made some splashes in the past and has certainly been a fun, competitive program, first-year head coach Sonny Dykes believes a win in the CFP against Michigan could be a program-defining moment for the Horned Frogs.

“Every time we get on a big stage like this, it’s an opportunity for us to create a bigger brand and create more credibility,” Dykes said in the leadup to the Fiesta Bowl, per ESPN. “We know that’s earned, certainly not given. We don’t want it to be given, but it all begins there where, you know, we go out and play well and people respect us and we do it consistently.”

The Horned Frogs know that at least perception-wise, they’re being counted out. They’re the David to Michigan’s Goliath in terms of program perception and perhaps even overall talent.

It doesn’t appear as if TCU is intimidated by the role of being an underdog, though.

“We’ve been in that role all season,” linebacker Johnny Hodges said.
“Man, nobody thought we’d win five games, much less 12,” senior offensive lineman Wes Harris explained. “Everybody’s saying we’ll get blown out, yada yada. Different game, same story. I feel like there ain’t no pressure on us. We’re not even supposed to be here. We’re supposed to be [ranked] like 150th, dude. So we got nothing to lose.”‘

According to FanDuel, the Horned Frogs are 7.5-point underdogs, but to their collective points, they’ve been beating the odds all season long.

TCU was voted to finish seventh in the Big 12 preseason poll.