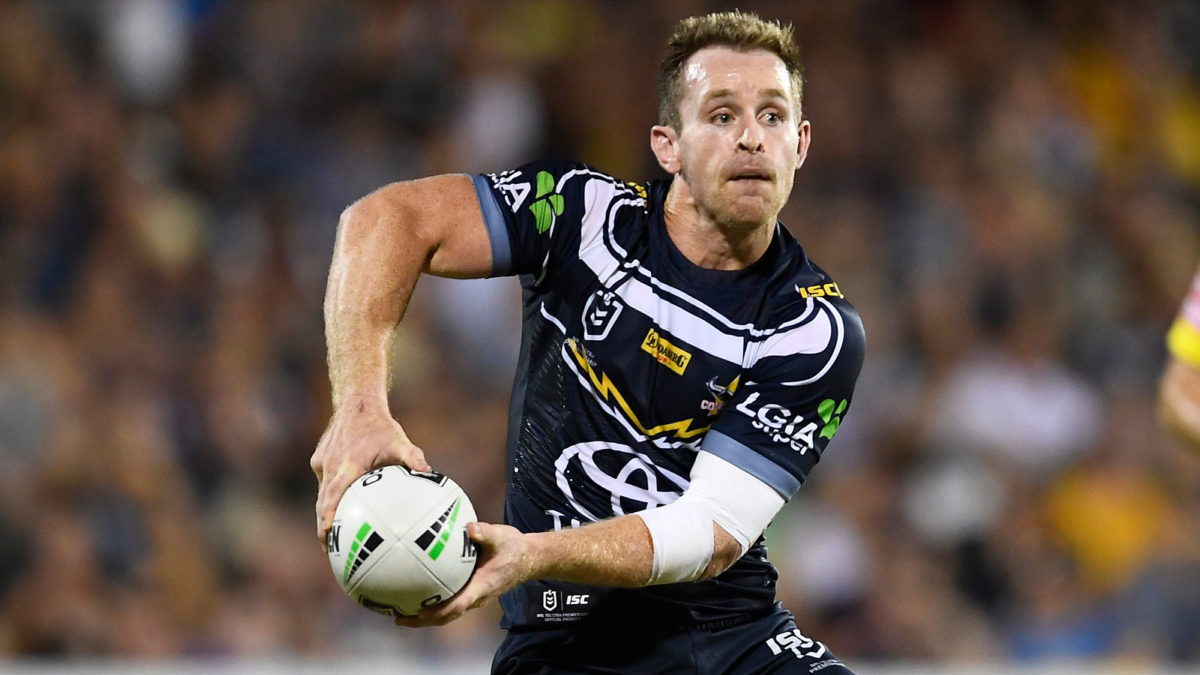 Every season marks the end of the road for some NRL players, many of them legends of the game, while others are battlers who fought their way into the top grade.

Retirement is never an easy decision, and not every player gets a fairytale ending, or often even to choose when and how they retire.

Here’s a brief rundown on the NRL, or former NRL, players who have retired from the big time this year.

He was a hard-working front rower who was never the star but always gave 100 per cent, and managed to finish near the top of the team’s KPIs every week. A player much valued by his coaches and peers alike.

Javid Bowen
Bowen had what seems like a fleeting six-year career, with 45 first grade games for the North Queensland Cowboys.

Blessed with the speed and footwork you’d expect from a North Queensland player with that famous surname, Bowen never reached the potential promised in his 2016 debut season when he was named the club’s rookie of the year. A history of injuries didn’t help his cause either, and eventually lead to his early retirement at the age of 28.

Dale Copley
Copley had a somewhat stop-start 13-year career with 148 first grade games for Brisbane, the Roosters and the Gold Coast Titans.

He was a talented outside back who knew the way to the try line, battled hard for his limited opportunities, but never really cemented a position for himself at the top level, and was often hampered by injuries.

Boyd Cordner
Cordner had an impressive ten-year career featuring 20 Tests for Australia, 16 Origins for NSW, and 181 first grade games for the Sydney Roosters. He won three premierships along the way. 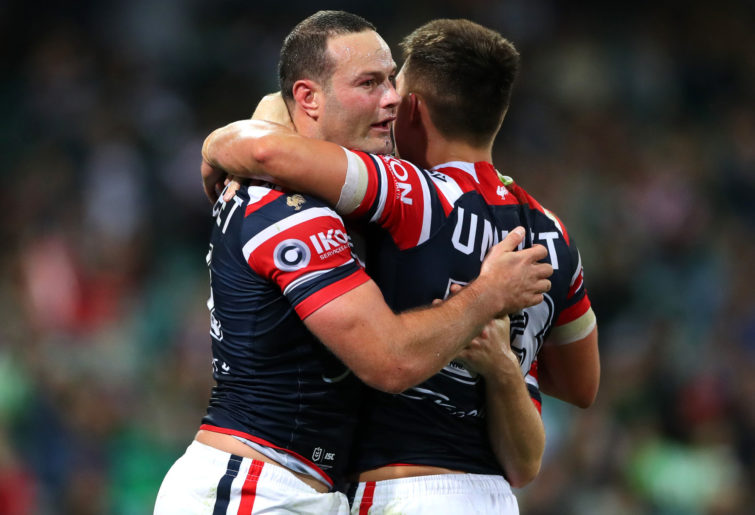 Clearly one of the best back rowers of his era, Cordner was at the peak of his game when concerns over repeated concussions saw him quit the game at the age of 28. At the time of his retirement, he was captain of Australia, NSW and his club. Let’s hope the decision to retire will see his health improve.

Anthony Don
Don had a distinguished nine-year career with 152 first grade games and 85 tries for the Gold Coast Titans.

Born in Manly, and the grandson of Manly great Ron Willey, Don was somewhat of a late starter to first grade when he joined the Titans from the Grafton Ghosts at the age of 25. He soon became a crowd favourite, though, and was one of the best wingers in the game for much of his career, blessed with great speed and good aerial skills.

On his day Dugan was one of the best outside backs in the game, and proved himself at every level. Those days became fewer and further between as time went on, unfortunately, and he wasn’t assisted by frequent injury, both real and imagined. 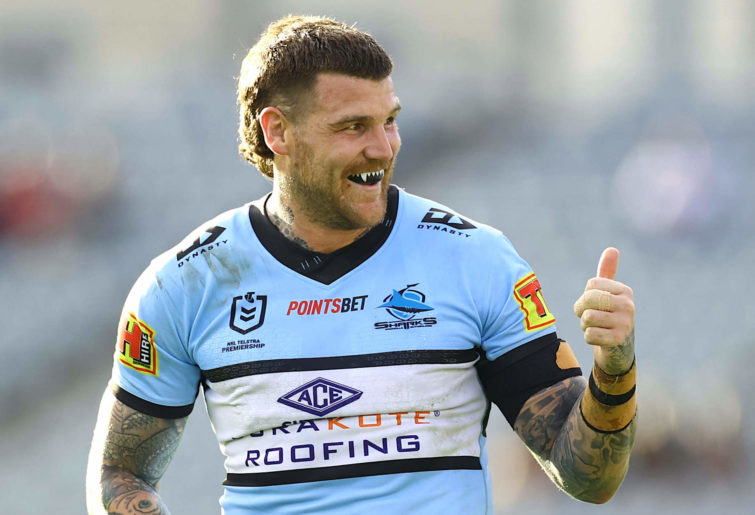 Jake Friend
Friend had a 14-year career with one Test for Australia, three Origins for Queensland, and 264 games and three premierships for the Sydney Roosters.

Alex Glenn
Glenn had a 13-year career featuring 12 Tests for NZ, two Tests for the Cook Islands and 285 first grade games for the Brisbane Broncos.

Glenn has had an exemplary career and was one of the most consistent back rowers to play the game. A hard worker, and a great defender, Glenn led the Broncos and the Cook Islands with pride.

He went from junior NRL star to the ultimate rugby league journeyman, turning out for nine clubs in his amazing career. A classy five-eighth or halfback, Green was usually two steps ahead of the opposition with the ball in hand.

Greg Inglis
Inglis had an outstanding 17-year career featuring 39 Tests for Australia, 32 Origins for Queensland, 268 first grade games for Melbourne, South Sydney and Warrington, and one premiership with South Sydney.

Not much is left to be said about Greg Inglis, simply that he was one of the best players of all time for his clubs, Queensland and Australia.

Jordan Kahu
Kahu had an eight-year career with nine Tests for NZ, and 116 first grade games for Brisbane and North Queensland.

There was a lot to like about Kahu, and his breakout season in 2015 promised good things to come, particularly when given the far-too-infrequent opportunity to play in his best position of fullback. Injuries curtailed his career and in the end saw him leave the game behind at the age of 31. 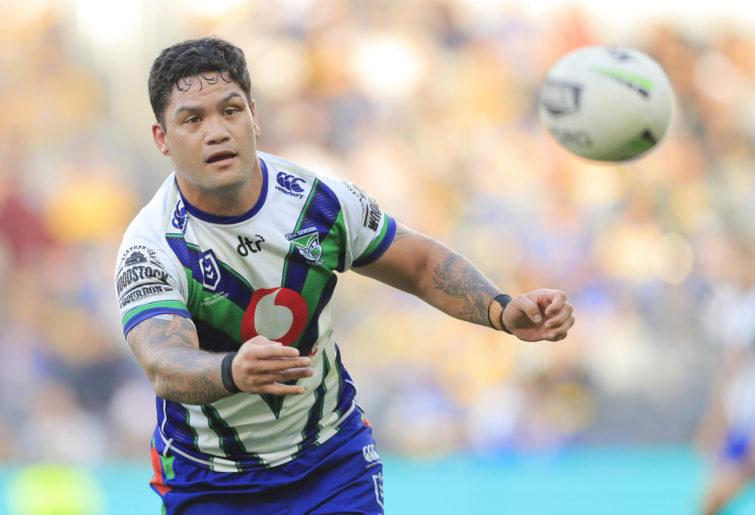 A tough as teak competitor who always took the fight to the opposition, regardless of how big they were, Luke was at his best when wearing his beloved Kiwi jersey. He had the skills to back up his sometimes abrasive attitude, and was also a very good goal kicker.

James Maloney
Maloney had a 13-year career with three Tests for Australia, 14 Origins for NSW, 279 first grade games for Melbourne, New Zealand Warriors, Sydney Roosters, Cronulla, Penrith and Catalans, and two premierships – one with the Roosters and one with Cronulla.

One of the smartest halves to play the game during the last decade, he was a prolific point scorer, and a player you’d want to have in your side when the pressure is on.

Marshall was a legend of the game, possibly the best New Zealander ever to play in the NRL, a freakish performer on his day, and a prolific point scorer. There won’t be another like him.

He was a strong, consistent and clever middle forward with both a high work rate and good ball skills, but probably failed to reach the potential that his early career promised.

Michael Morgan
Morgan had and outstanding 12-year career featuring 12 Tests for Australia, 12 Origins for Queensland and 168 first grade games and a premiership with the Cowboys.

Morgan had the rare ability to play every position in the backline with ease and could probably play in the forwards as well, if required. A natural footballer, his 168 games first grade games in 12 years shows just how much time he lost through injury during his career, and in the end it was recurring injuries that forced him out of the game at just 29 years of age.

Brett Morris
Morris had an uncredible 16-year career, notching up 18 Tests for Australia with 23 tries, 15 Origins and five tries for NSW, 276 first grade games for St George Illawarra, Canterbury-Bankstown and the Sydney Roosters, scoring 176 tries, and won premierships with both the Dragons and the Roosters.

Morris was blessed with pace, strength and great positional play, and was also a top-flight defender. He finished his career sitting fourth on the all-time try scoring list and was the best winger the game has seen since Ken Irvine.

He was not just one of the best attacking centres to play the game, as evidenced by the fact that he finished tenth on the all-time try scoring list, but probably the best defensive centre of the NRL era. No one got the better of B Moz.

Justin O’Neill
O’Neill had a 12-year career featuring two Tests for Australia, four Origins for Queensland and 190 first grade games for Melbourne and North Queensland, and one premiership with the Cowboys.

Possessing great speed and footwork, he was an elusive ball runner when at his best, but the later years of his career were unfortunately dogged by injuries.

Packer’s career was full of ‘what if’ moments, some poor choices, and inflated contracts, but was ultimately a story of redemption.

Sia Soliola
Soliola played an incredible 17 years at the top level, notching up 12 Tests for NZ, four Tests for Samoa, and 337 first grade games for the Sydney Roosters, St Helens and Canberra.

He was an uncompromising and skilful player and enjoyed taking the fight to the opposition. He was one of the few players to make a successful transition from outside back to the front row.

Ben Te’o
Te’o’s career spanned 15 years, with a five-year break to make a name for himself in rugby. He played one Test for Samoa, six Origins for Queensland, and 173 first grade games for Wests Tigers, South Sydney and Brisbane, and won a premiership with South Sydney.

Te’o was a no nonsense second rower, he ran the ball straight and hard, was a big hitter in defence, and had enough ball skills to successfully transition to the centres in rugby.

He began his career as a junior representative star and first made the grade as a centre, before shifting closer to the action to be one of the most consistent second row performers in the game.

By my count, these 23 players have notched up some 268 Tests, 142 State of Origins, and 5238 first grade games between them. That’s a hell of a lot of experience about to leave the game.

Time to hand over to the next generation to see what they can achieve.