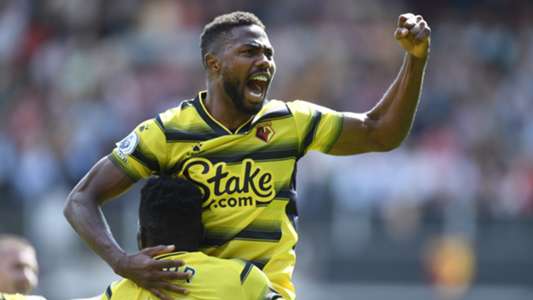 The Super Eagles vice-captain was elated with the Hornets after registering a league victory, and was full of praise for his compatriot

Watford defender William Troost-Ekong has lauded Emmanuel Dennis for his contribution to the team on Saturday as they claimed a 3-1 win over Norwich in a Premier League match at Carrow Road.

Nigeria forward Dennis opened the scoring for the visitors after 17 minutes, heading in a Kiko Femenia cross. But the advantage was cancelled out by the hosts in the 35th minute when Mathias Normann teed up Teemu Pukki, who levelled the score.

The Hornets reclaimed the advantage in the 63rd minute when Senegal international Ismaila Sarr was in the right position to connect with a Joshua King pass, before completing his brace in the 80th minute to ensure his team emerged 3-1 victors.

In a series of tweets, Troost-Ekong, the Super Eagles’ vice-captain, was elated with the overall performance of his team.

“The boy is at it again,” the centre-back posted regarding his national team teammate Dennis. “Nigeria to the world.”

“Skipdog sums up what it means for all the boys. Three goals scored, three points gained… on the road. Top performance from the boys… Travelling Yellow Army were class [on Saturday] too.”

In getting on the scoresheet on Saturday, Dennis became the second player to score both Watford’s first home and away goals in a Premier League season.

Prior to the West African’s strike away at Norwich, Etienne Capoue was the only player to have achieved the feat for Watford in the 2016-17 campaign. It was Dennis’ second goal of the season after he opened his Premier League goal account in their 3-2 win over Aston Villa on August 14.

Dennis, Clevs and one travelling fan enjoying that one with the rest of the away stand! Travelling Yellow Army were class today too 🐝 pic.twitter.com/3B7slqfvaT

Dennis has made a fine start to life in the Premier League following his permanent switch from Club Brugge in June and he was named the club’s Player of the Month for August.

He will be hoping to continue his fine form when Watford host Newcastle United for their next Premier League game at Vicarage Road on September 25.