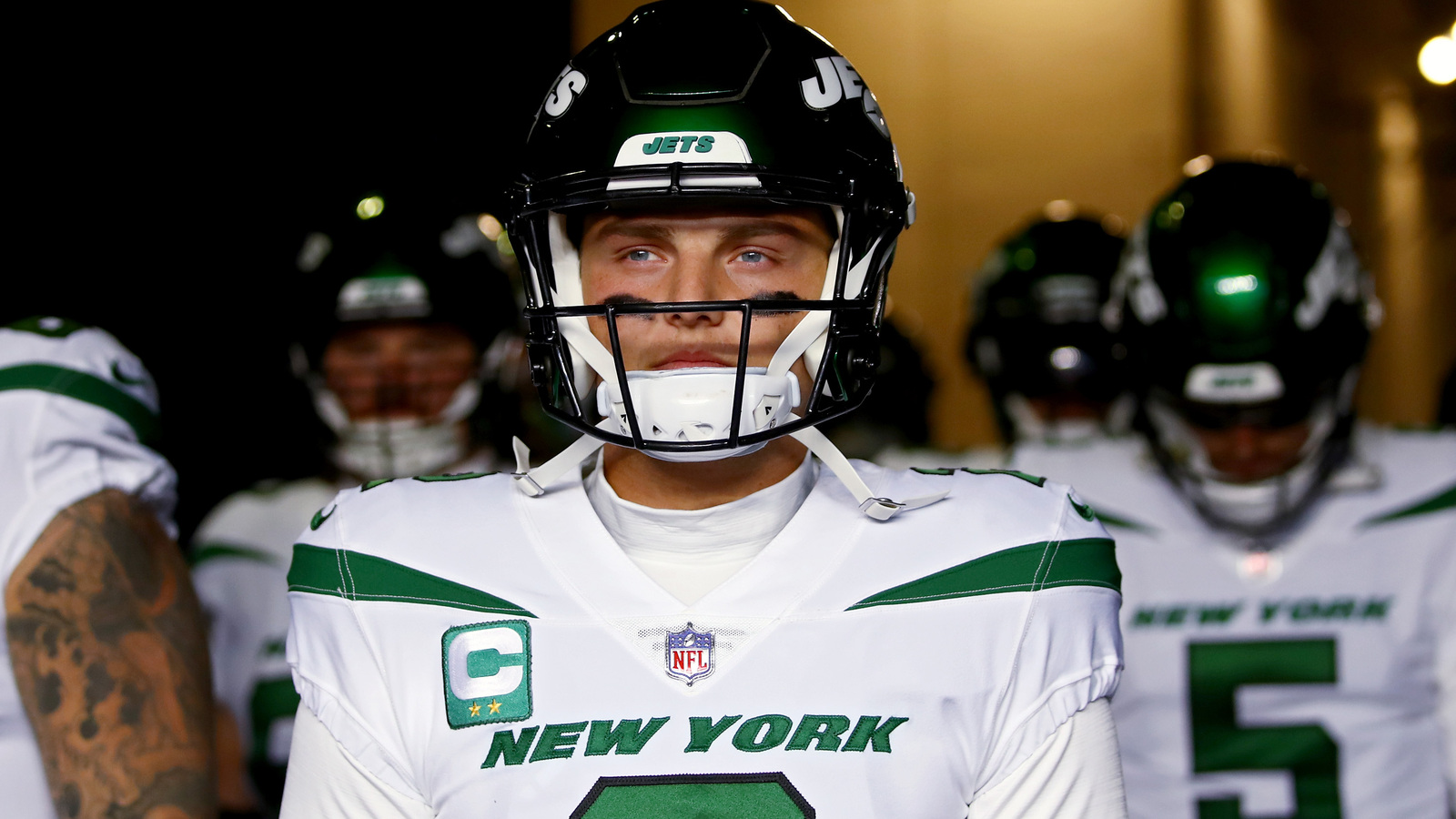 It’s been a rough couple of days for New York Jets QB Zach Wilson. The No. 2 overall pick from the 2021 draft had a poor showing against the New England Patriots on Sunday, completing just 9-of-22 pass attempts for 77 yards and no TDs in a 10-3 loss. He didn’t do himself any favors after the game, where he seemingly did not take full responsibility for his poor play, angering his teammates on the other side of the ball. The NFL media saw blood in the water and had a full-on
feeding
frenzy on Wilson. Even worse for the 23-year-old signal-caller was head coach Robert Saleh coming out and saying that he would not commit to Wilson as the starter in Week 12. Despite all this, the Jets are somehow 6-4 and right in the thick of the playoff race, but even if they do make the postseason, it may not be Wilson who is under center.

Which brings us to today’s quiz of the day. Wilson still has plenty of time to turn things around, but as of right now, it’s hard to envision him ever playing well enough to make the Pro Bowl. So with that in mind, how many of the NFL QBs drafted in the top 10 to never make the Pro Bowl in the Super Bowl era can you name in five minutes?