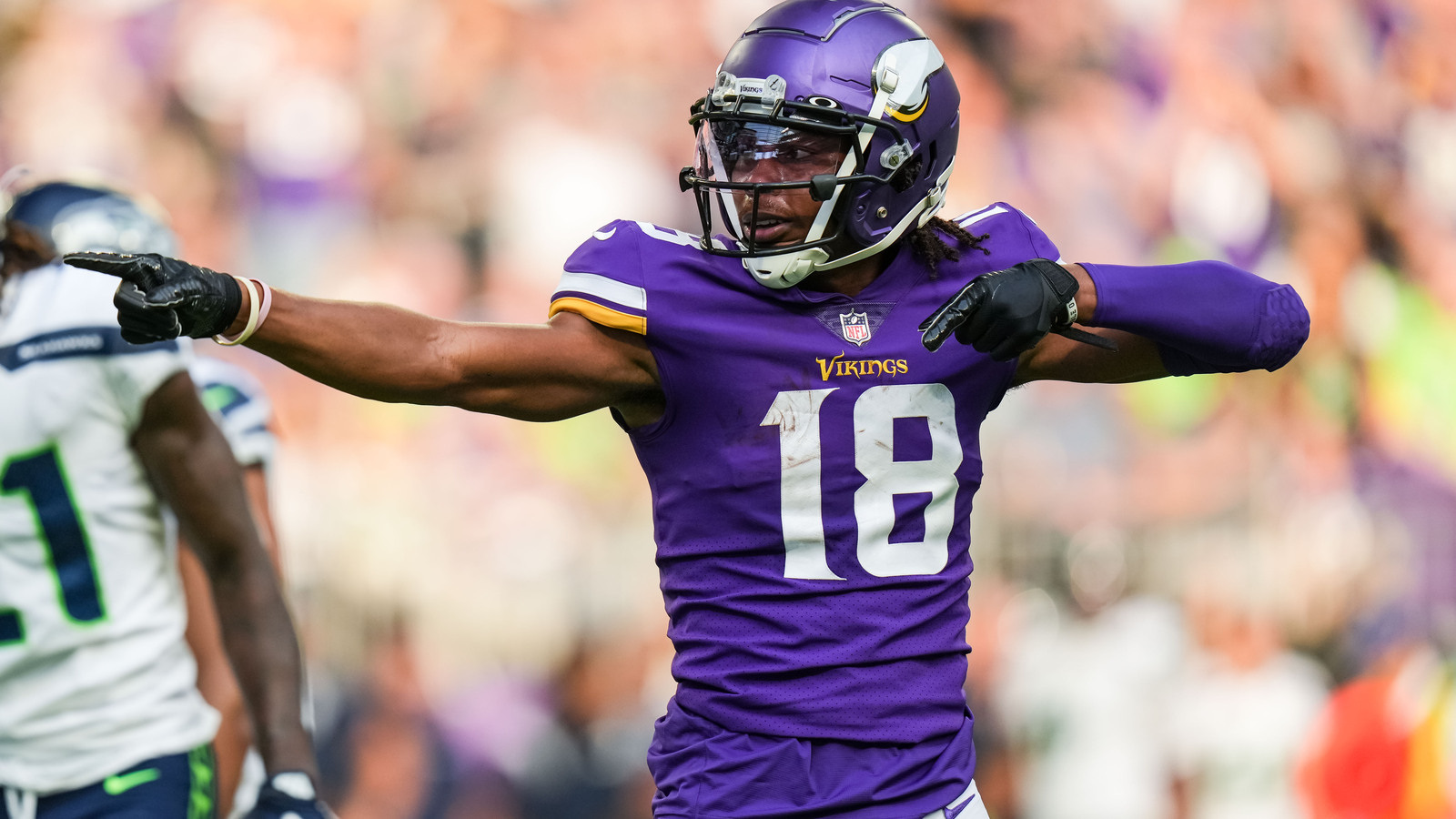 The NFL salary cap creates challenges as teams try to build a championship squad. Here’s a look at some of the most overpaid and underpaid players at each position entering the 2022 season. Salaries are based on cap hits from Spotrac.com.

The 15th overall draft choice in 2021, Jones made the Pro Bowl in his rookie season after throwing for over 3,800 yards. Still, on his rookie deal, Jones gives the Pats flexibility with a cap hit just above $3.5 million this season.

Tannehill’s play has been inconsistent since he was named the Titans starter in 2019 and is at the head of a run-heavy offense. Yet, he has the top cap hit in the NFL this season at $38.6 million, a number that limited Tennessee’s ability to add talent in the offseason.

An undrafted free agent out of Illinois State in 2020, Robinson continues to be one of the league’s biggest bargains with a cap hit just below $900,000. The running back fell just short of 1,000 yards from scrimmage last season after finishing with 1,414 yards in his rookie campaign.

One of the most dynamic running backs in the NFL when healthy, McCaffrey has spent more time on the trainer’s table over the last two seasons. He’s played a total of 10 games over that time, but his cap hit of nearly $8.8 million this season is the fifth highest at the position.

Jefferson has arguably the best first two seasons of any wideout in NFL history, accumulating over 3,000 yards and 17 touchdowns. The former first-round pick remains a huge bargain with a cap number below $3.6 million.

Golladay signed a massive four-year, $72 million contract with the Giants last season, but he was a complete dud in his first season with the team. His cap hit will be over $21.1 million this season, and New York needs better than last year’s 37 catches for 521 yards and zero touchdowns.

Freiermuth looked like a steal for the Steelers in his rookie season, as the second-round pick caught 60 passes for 497 yards and seven touchdowns. His rookie deal necessitates only a cap hit near $1.4 million this year.

New England’s signing of Smith didn’t work out in his first season with the team. The former Titan had only 28 catches for 294 yards last year, but his cap hit near $13.7 million this year is the second-highest in the league among tight ends.

A first-round rookie last year, it didn’t take long for Slater to be recognized among the elite tight ends in the game as a Pro Bowler. He’s only a $3.8 million cap hit for the Chargers this season.

Stanley was an All-Pro in 2019, but he’s been unable to stay healthy since then, playing a total of seven games in two seasons. He’s still making a pretty penny, with a cap hit of over $18.5 million this year.

Smith dropped to the sixth round of last year’s draft due to health concerns despite his status as a former elite recruit at Tennessee. He rewarded Kansas City for taking the risk as a mauling guard, and his cap hit is about $850,000 this season.

Seattle acquired Jackson to strengthen their offensive line last year, but he struggled for much of the season. Despite those struggles, Jackson is among the top paid guards in the league with a cap hit of $9 million this season.

A second-round pick last year, Humphrey had a remarkable rookie season as an All-Pro who finished third in Offensive Rookie of the Year voting. The center will have a cap hit under $1.3 million.

Hudson had a forgettable first season in Arizona, missing five games and struggling at times when he did play. The three-time Pro Bowler has the largest cap hit at his position of over $12.6 million.

Greenard’s play has helped Texans fans get over the loss of J.J. Watt, as he recorded eight sacks and 19 pressures in only 12 games last season. The former third-round pick has a cap hit of around $1.2 million this year.

The aforementioned Watt went to Arizona for a chance to win last year. He’s set to have a cap number of $15.9 million this season, but Watt has been unable to stay healthy in four of the last six seasons. He played only seven games last year, recording one sack.

Simmons is quickly becoming a superstar on the Titans’ defensive line, making the Pro Bowl in his third season with 8.5 sacks and 54 tackles. Tennessee still has Simmons on his rookie deal for now, as his cap number is just over $4 million.

Detroit added Brockers last year but didn’t see great results. The veteran had only one sack and five pressures in 16 games, but his cap hit is hefty near $9 million this year.

Gary had a breakout season in 2021, his third year in the league. The former first-round pick recorded 9.5 sacks and 20 hurries, and his cap number remains around $5 million this season.

Detroit signed Okwara to a three-year, $37 million contract last season, but already could have buyer’s remorse. He played only four games due to injury in 2021, recording one sack. Okwara’s cap hit is $14.5 million.

Parsons jumpstarted the Cowboys’ defense after he was selected in the first round of the draft, with 84 tackles and 13 sacks. He was remarkably the Defensive Rookie of the Year, and also finished second in Defensive Player of the Year balloting. Parsons is locked up for at least the next three years and has a relatively cheap cap hit of $3.9 million this season.

Bush received the ire of Steelers faithful with his struggles last season coming off a knee injury. He recorded only 70 tackles in 14 games and has a cap hit of $6 million in what could be his final season with the team.

Diggs was a breakout performer for Dallas last season, leading the NFL with 11 interceptions and being named an All-Pro. He’s only entering his third year, with a cap hit of about $1.7 million.

Jackson had a very rough go in his first season with Washington after signing a three-year, $40.5 million contract. He played only 12 games and allowed an opposing QB Rating above 100. Jackson’s cap number is above $13.8 million this season.

Winfield has been an elite performer since the Bucs drafted him in 2020. He was an All-Pro in his rookie season and was named to his first Pro Bowl last season after recording 88 tackles and two interceptions. Winfield enters his third season with a cap hit under $2 million.

Jackson was an elite performer early in his career, including an All-Pro designation and two Pro Bowls. The last two years have seen his play deteriorate, as he allowed a 143.6 QB Rating and 66% completion rate to opposing quarterbacks in 2021. Jackson’s cap hit is above $15 million this year.