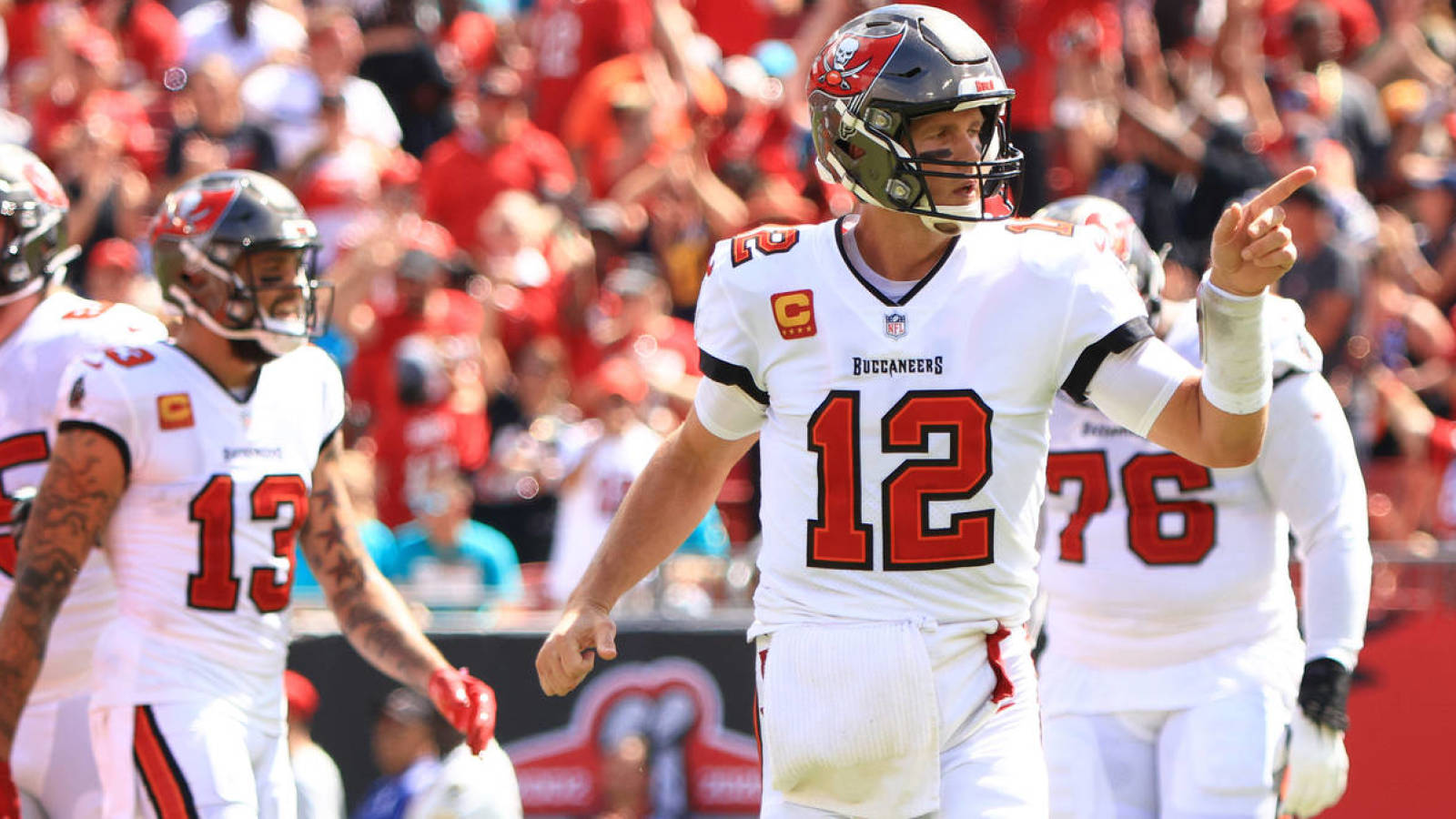 Tampa Bay Buccaneers QB Tom Brady continued to defy Father Time on Sunday, throwing for five touchdowns in a 45-17 shellacking of the Miami Dolphins. The W gives the Bucs a 4-1 record, good for first place in a surprisingly competitive NFC South division. And all those divisional rivals might want to get used to the sight of Brady on the opposing sideline. His current contract runs through next season, but he and the Bucs are already talking about an extension.

“I got a two-year contract,” Brady said earlier this year. “I’m going to be able to obviously play this year and God forbid anything happens but play next year and then see what happens after that. If I still want to keep playing, I might be able to do that. And if that’s enough, then that would be enough.”

Which brings us to today’s quiz of the day. Brady led the league in passing TDs four times in New England, and with 15 through five games this season, he has a real chance to lead the league in TD passes at age 44. So with that in mind, how many of the NFL leaders in touchdown passes since the NFL-AFL merger in 1970 can you name in five minutes?